Wildlife-rich wetland habitats of Forbes Pond form the centerpiece of this 980-acre preserve in Gouldsboro that lures wildlife enthusiasts and anglers throughout the year. 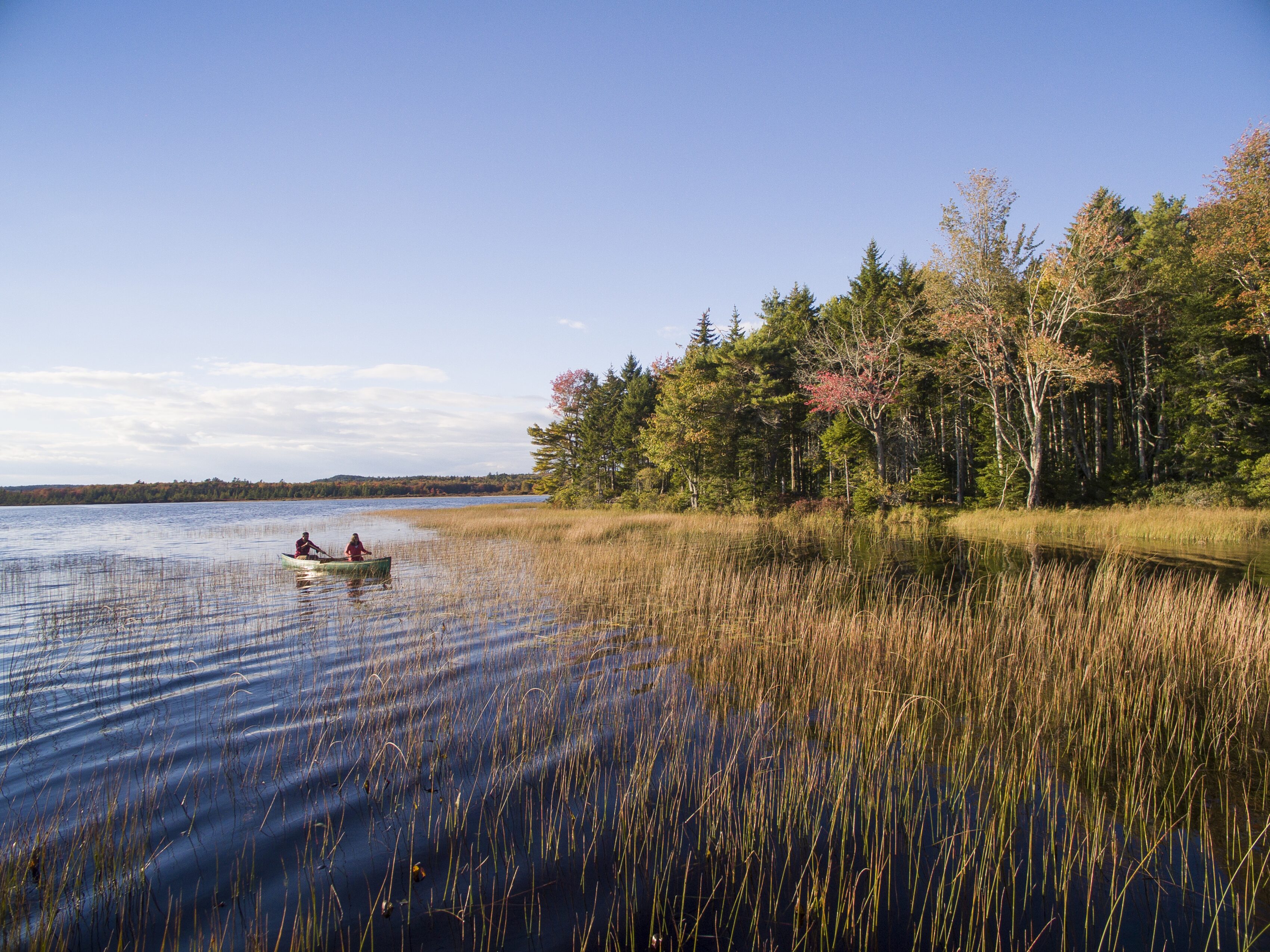 Forbes Pond is good for:

From the junction of Routes 1 and 195 in West Gouldsboro, follow Route 195 (Pond Road) south 3.2 miles to the parking area on the left. 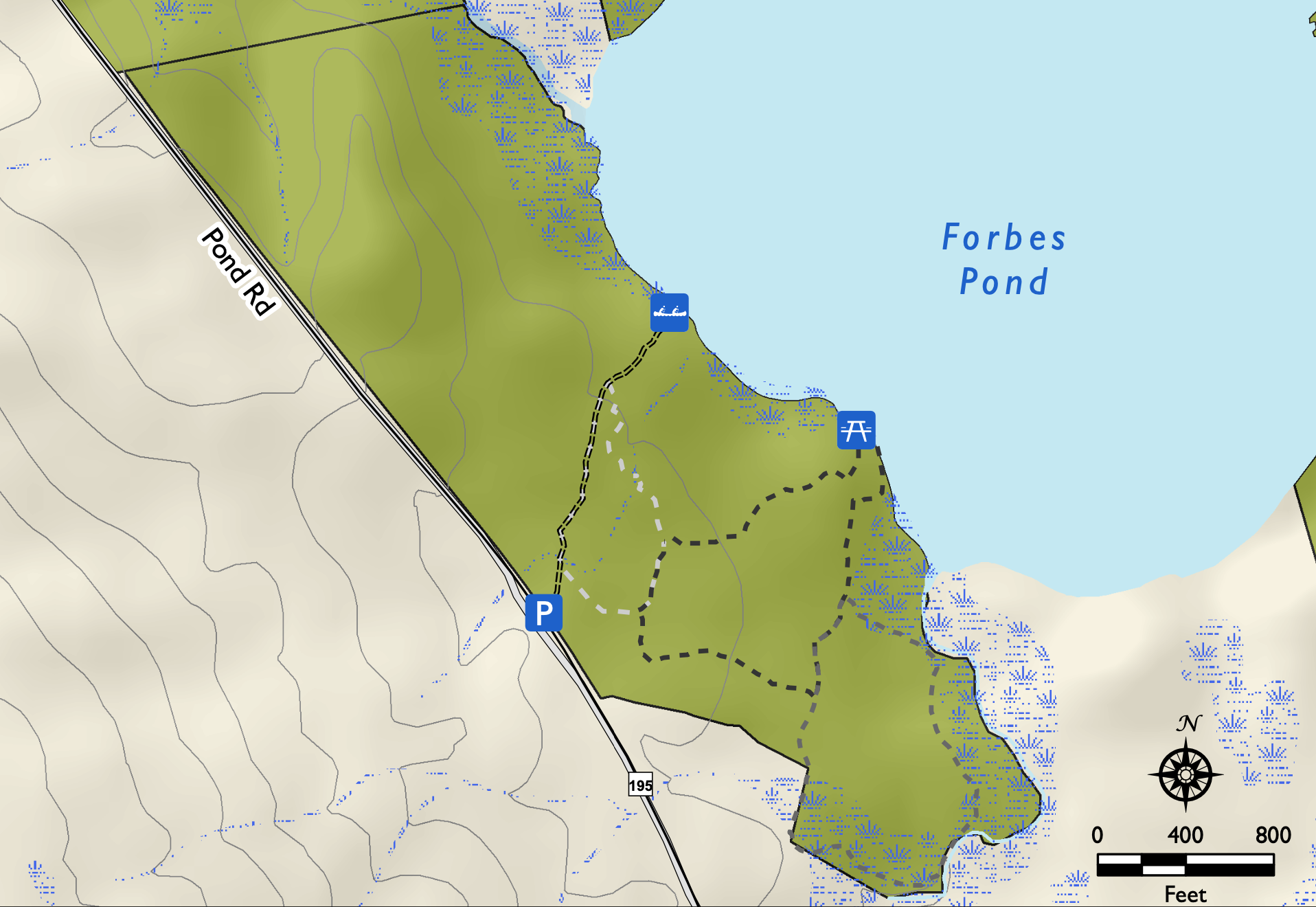 The Forbes Pond Preserve consists of 980 acres of forest and wetland just north of Prospect Harbor in the town of Gouldsboro. The centerpiece of the preserve, and the feature for which it is named, is 192-acre Forbes Pond.

The property is primarily forested in a mix of maturing conifers and includes nearly two miles of shorefront on the pond and over 150 acres of freshwater wetland. These wetlands include forested wetlands throughout the preserve, vernal pools, a 40-acre emergent shrub wetland near the center of the eastern parcel and fringing emergent wetlands around much of the shore.

The most noteworthy natural resource on the preserve is Forbes Pond itself. The Pond and its outlet stream are mapped as significant inland waterfowl and wading bird habitat, and the largemouth bass fishery is robust. Other wildlife sign and sightings include beaver activity near the pond outlet, a bald eagle roosting site at the north end of the pond, and white-tailed deer, black bear, and moose.

In 2016, MCHT acquired the first of four parcels that comprise the Forbes Preserve. Funding came from a variety of sources, including the US Fish and Wildlife Service’s North American Wetland Conservation Act (NAWCA) program.