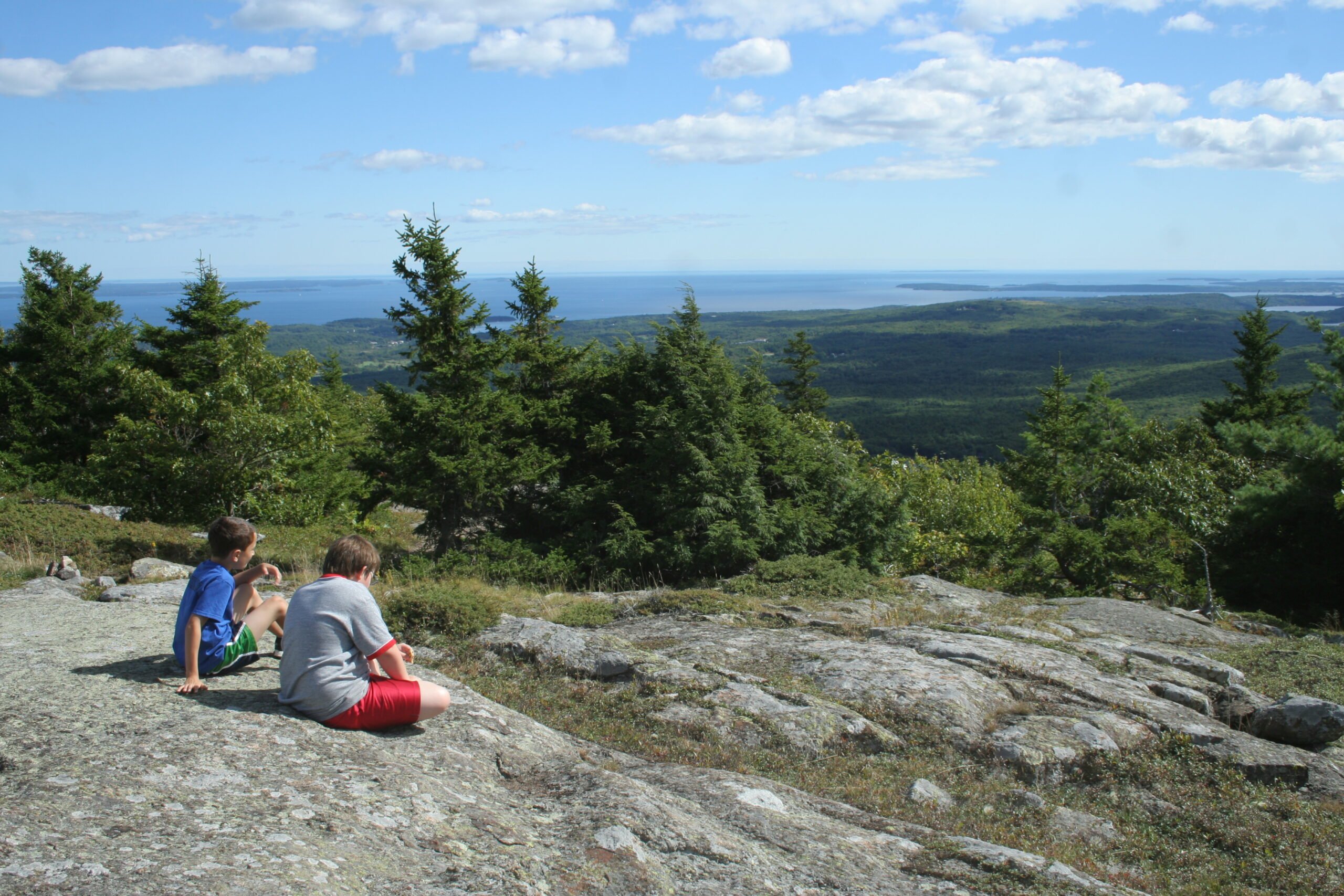 Hikers enjoy the summit of Bald Mountain in Camden.
Stories from the Coast >

It’s now official. On June 30, both houses of the Maine legislature voted overwhelmingly to approve a two-year state budget that includes $40 million for the Land for Maine’s Future Program.

With the Governor’s signature it will become law today, providing new funds for the program for the first time since 2012. Over the next four years LMF can once again spend up to $10 million annually.

This is the culmination of an effort that began on the heels of 2015, a year in which Maine Coast Heritage Trust joined The Nature Conservancy (TNC) and the Sportsman’s Alliance of Maine (SAM) in a public campaign to revitalize the state’s preeminent land conservation program.

Beginning in 2016, MCHT, TNC, SAM, and the land trust community began an effort to strengthen LMF’s image, broaden its supporters, and build support for renewed funding. This effort included a 30th anniversary celebration of LMF in 2017, the creation of a Conservation Task Force in 2018, social media advertising, and a partnership with L.L.Bean to produce a passport to Maine’s Outdoors to encourage people to get out on conserved lands.

Despite the backing of the Governor and solid bipartisan legislative support for LMF in 2019, passage of a $30 million bond that year was put on hold with promises to enact the measure in 2020. Then, the pandemic hit. This same pandemic helped put the state in a more solid financial position in 2021, thanks to billions of federal dollars arriving through various relief efforts. Eventually policymakers decided to shift from the tradition of a LMF bond to a direct appropriation, with both Democratic and Republican leaders supporting the $40 million figure that is now law.

This is a huge victory for land conservation in Maine.

“I have been lobbying this issue for nearly two decades and have never seen bipartisan support for LMF at the current level,” says MCHT’s public policy manager Jeff Romano. “This has been the result of land trusts and sportsmen coming together to support a common vision that benefits each of us. It is a partnership that will benefit Maine citizens for many years to come.”

The program will soon begin the task of investing  in conservation projects around the state: securing outdoor recreational access, protecting wildlife habitat, and preserving working landscapes. These funds will help MCHT and other land trusts secure important conservation projects and leverage the gifts of our donors.

Today, it is important to acknowledge the bipartisan policymakers that helped lead this effort in 2021, including Governor Janet Mills, Senator Cathy Breen, and Representative Patrick Corey. All three introduced bills to fund LMF this year and each of them played critical roles moving the initiative across the finish line.

In one of the most significant conservation projects in York’s history, MCHT helps protect coastal river frontage and secure public access to a beloved local sledding hill.