The thought of following animal trails in fresh snow early in the morning brings out a special level of giddiness and anticipation (giddipation) in trackers. There’s an immediacy to it; at most, the tracks are only a few hours old, and it’s a great way to learn what your (wildlife) neighbors are up to in the wee hours.

If I have a choice among animal trails, I always follow otters (take that mink!). The North American River Otter (Lontra canadensis) is the species of otter found in Maine, and you’ll find lots of them along the entire coast (and probably inland as well). River otters are mostly nocturnal members of the weasel family (Mustelidae) and rather large, growing up to 3.5 feet long and weighing around 30 pounds. They are referred to as “semi-aquatic,” since they spend most of their waking hours in water and come to land when denning, moving from one body of water to another, or marking a territory.

Typical otter territories are three to fifteen square miles. An otter will have several dens scattered throughout a single territory, as well as multiple latrines. Latrines, or marking areas, are exactly what they sound like: spots where river otters routinely scat, or “spraint,” as well as use scent glands for marking. Otters use latrines as message boards, relaying information like whether an otter is in another part of its territory, or just around the corner in a den.

For the otter enthusiast, a latrine offers clues to the number of otters in an area and (more importantly) if they have been hanging around recently.

Otters are creatures of habit and locate their latrines in places where other otters are likely to look for them (smart), such as points of land that stick out in ponds and coves, where creeks meet, where otter overland trails begin or end (depending on which way you look at it), and close to and sometimes on top of dens. Latrines may be used for years and by multiple generations. Littered with fish scales and matted down grasses, they’re easy to find, especially around lakes and shorelines. 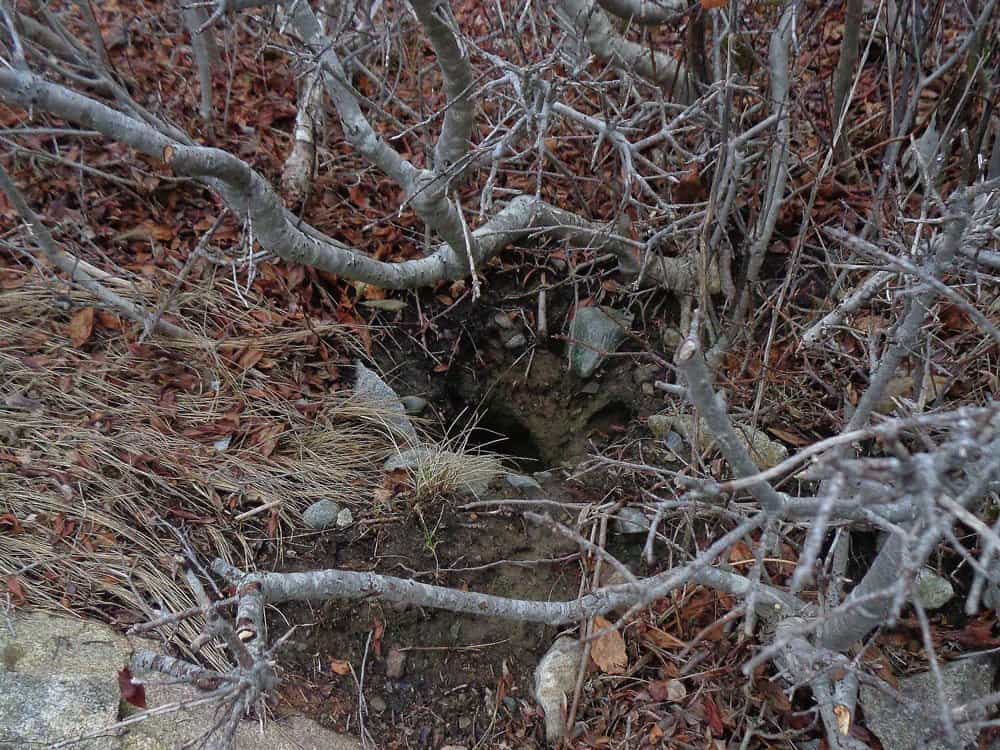 Otters typically have several dens scattered throughout their territory.

For the otter enthusiast, a latrine offers clues to the number of otters in an area and (more importantly) if they have been hanging around recently. In early December, I checked eight of my favorite otter latrines (we all have them) before they were covered in snow. I was happy to find them all active, with signs of a single otter using the latrines along a nearby cove and multiple otters using the latrines in the marsh.

With some snooping around two of the more heavily used latrines, I came across two new otter dens (new for me that is)! The dens were classic—one was in tree roots and the other was in a pile of granite shrapnel left over from the quarrying days. Simple, active otter-sized openings in the ground with excessively sprainted marking areas nearby told the story here! My first day spotting two otter dens in quite some time felt good.

Once on top, the way down is perfect for belly slides, and sure enough there were two, 10-foot slides heading down the incline and into the water.

The next morning I followed my giddipation and ventured to the latrines in the marsh (right out the back door!). Within minutes I was on the trail of a pair of otters that had worked their way up from town to a large latrine associated with a den my son Leif and I found a few years ago. This latrine is sweet—a relatively high, steep point along the marsh shoreline that otters still can scurry up and onto. Once on top, the way down is perfect for belly slides, and sure enough there were two, ten-foot slides heading down the incline and into the water. Otter belly slides are so cool, there is a part of me that only likes animals that belly slide. 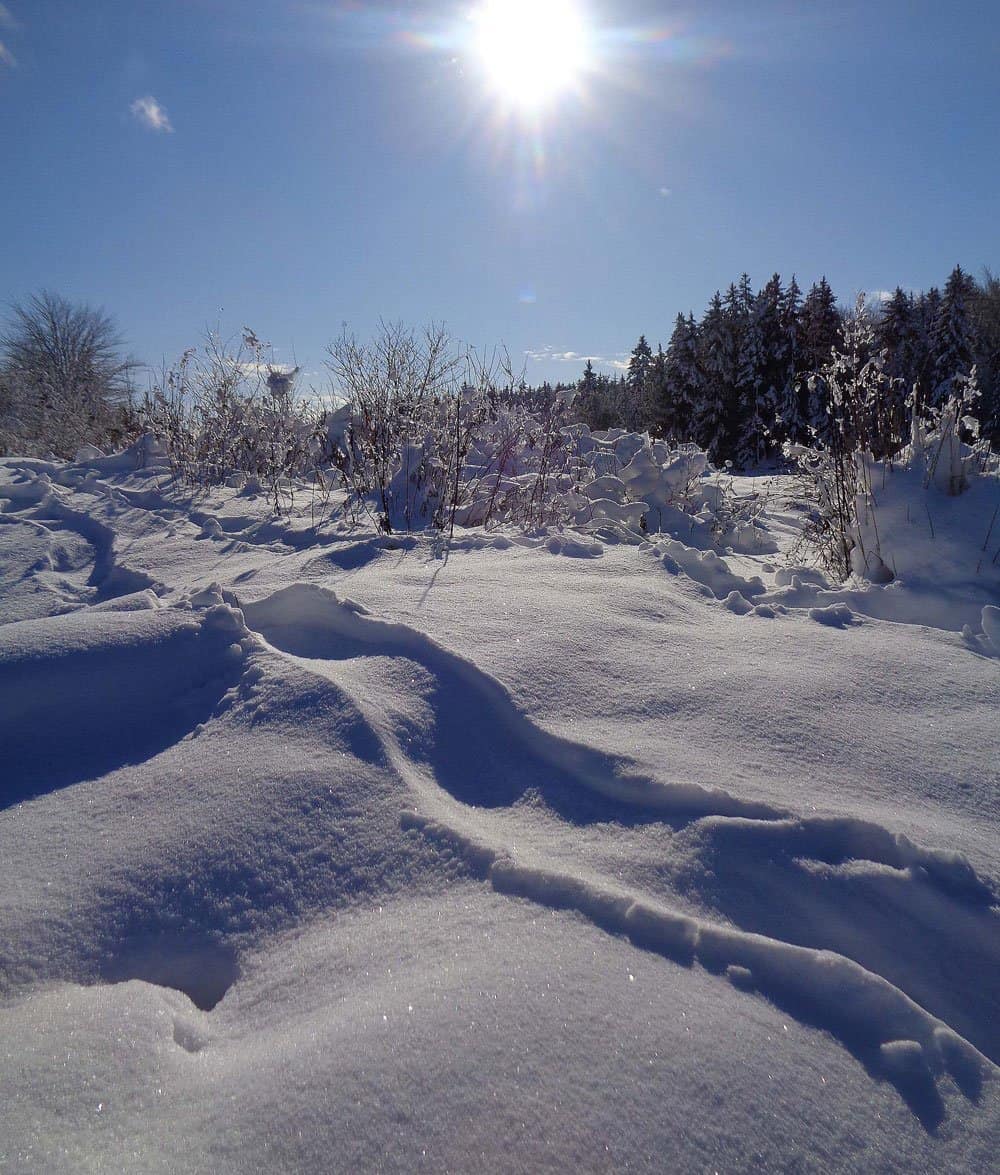 Keep an eye out for otter slides.

Here’s a link to a YouTube otter slide video.

Seeing that the otters had come from the lower marsh, I decided to head over to the library trail and to what the kids named “Goose Point” a few years back (apparently the point serves as a latrine for multiple species). Low, bare rock jutting out into the water seemed to me like the kind of place otters would visit. And, sure enough, trails clearly showed where the otter pair broke through the thin ice and made their way up and over the that rocky point, marking the very top. Slow meandering belly slides led to where the otters went under the ice and re-entered the chilly marsh.

The otter pair in the marsh was probably out of the water for less than a minute total while visiting the latrines, but left evidence in their trails that could be found for much of the day. Most people don’t get to see otters on a regular basis (me included), but I’ll take the tracks, trails, and belly slides anytime. It’s what gets me up and out on snowy mornings. What gets you out there?