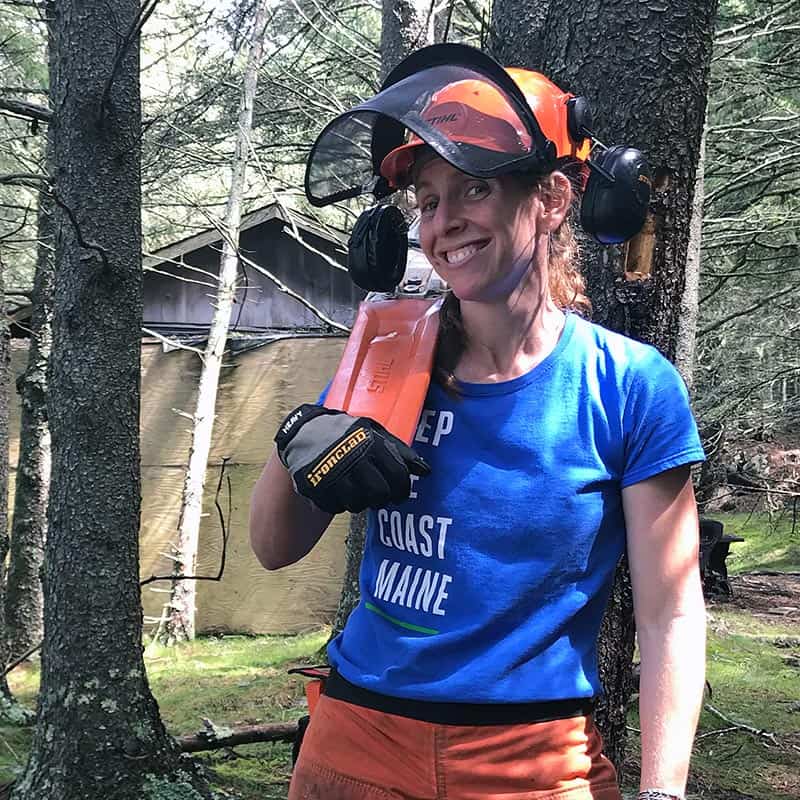 On August 15 Maine Coast Heritage Trust Regional Land Steward Amanda Devine spoke up over the hum of motor as she rumbled down Route One in a work truck towing a 19-foot Pacific skiff en route to one of MCHT’s newest preserves: Monroe Island.

“It’s big, and it’s quite wild, and it’s so easy to get to,” she said of Monroe Island, which clearly holds a special place in her land steward heart. “You could leave Rockland, stopping by Rock City Roasters, and your coffee would still be hot by the time you kayak out there. That’s pretty cool.”

Amanda’s been keeping an eye on Monroe Island since 2010, when she started working for MCHT (the landowners donated a conservation easement in 2006) but now she’ll be spending a lot more time there.

MCHT donors and over 50 generous community members and organizations understood its value as a public preserve and gave generously to make the project possible. Monroe Island Preserve offers trails winding past pocket beaches, through fields of fern and towering spruce, to a peaceful pebble beach overlooking islands to the south. The eastern shore of the island is all bold ledge, offering iconic views of Vinalhaven and North Haven.

That day in mid-August Amanda jumped through some logistical hurdles to bring volunteers, including 15 Unity College students, out to Monroe for a work day—but it was worth it. After several hours of toiling with loppers and trash bags, the crew cleared most of a trail and campsite. That afternoon, Amanda returned south along Route One with a dirt and sweat-stained “Keep the coast Maine” shirt and wood chips in her hair. 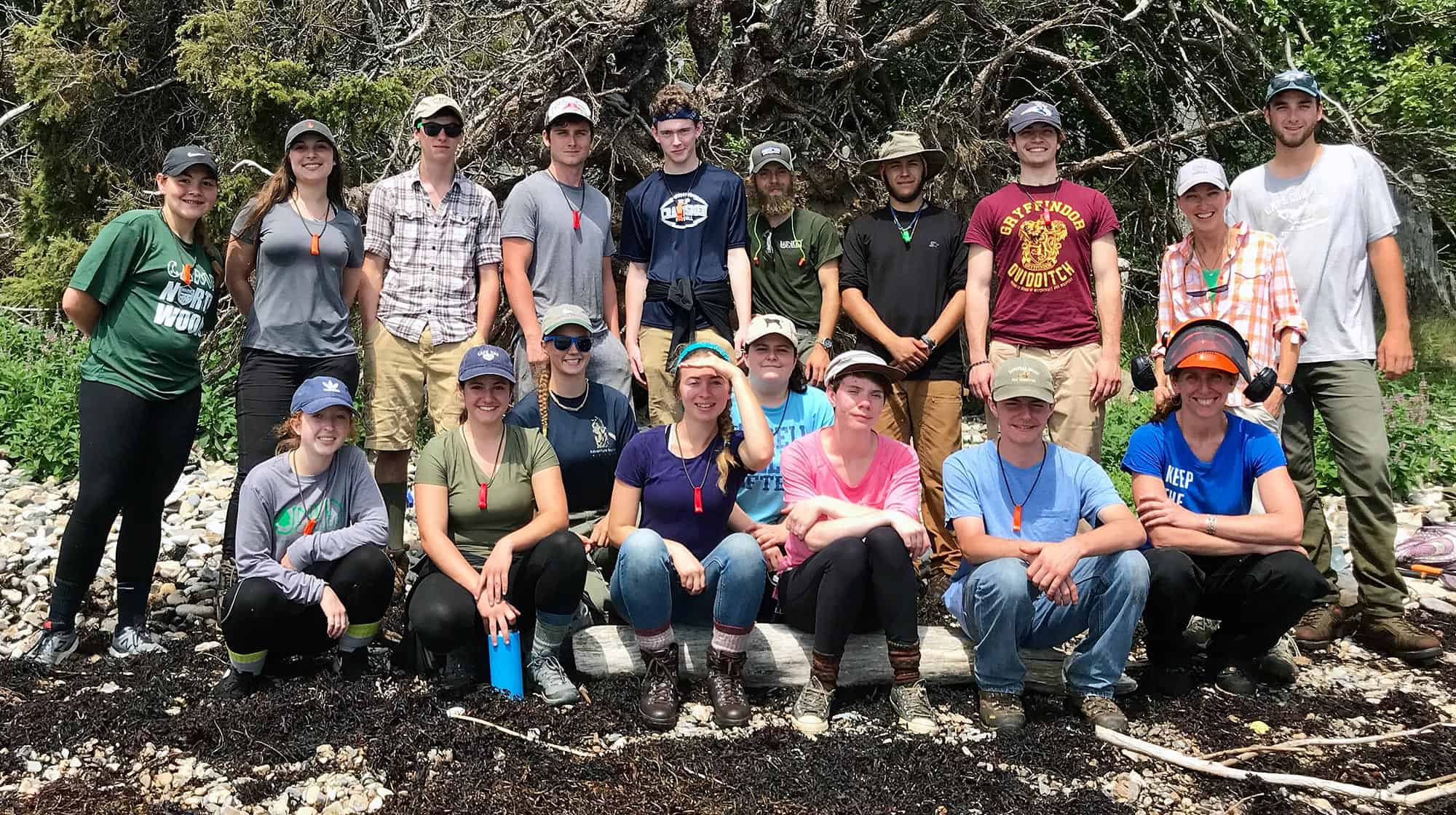 Volunteers, including students from Unity College, pitch in to help clear a trail and campsite.

“We want to find out what should stay the same and what could be improved—those are two of the guiding questions for land stewards.”

This is the first of many long days out on Monroe for Amanda. And in the meantime she’ll be “talking to land users, members of the boating public, and other local folks,” she says. “We want to find out what should stay the same and what could be improved—those are two of the guiding questions for land stewards.”

On Monroe Island look for kiosks going up, a new and improved trail system, and less and less invasive Japanese barberry in the coming months and years. And if you see Amanda out there, be sure to say hi! 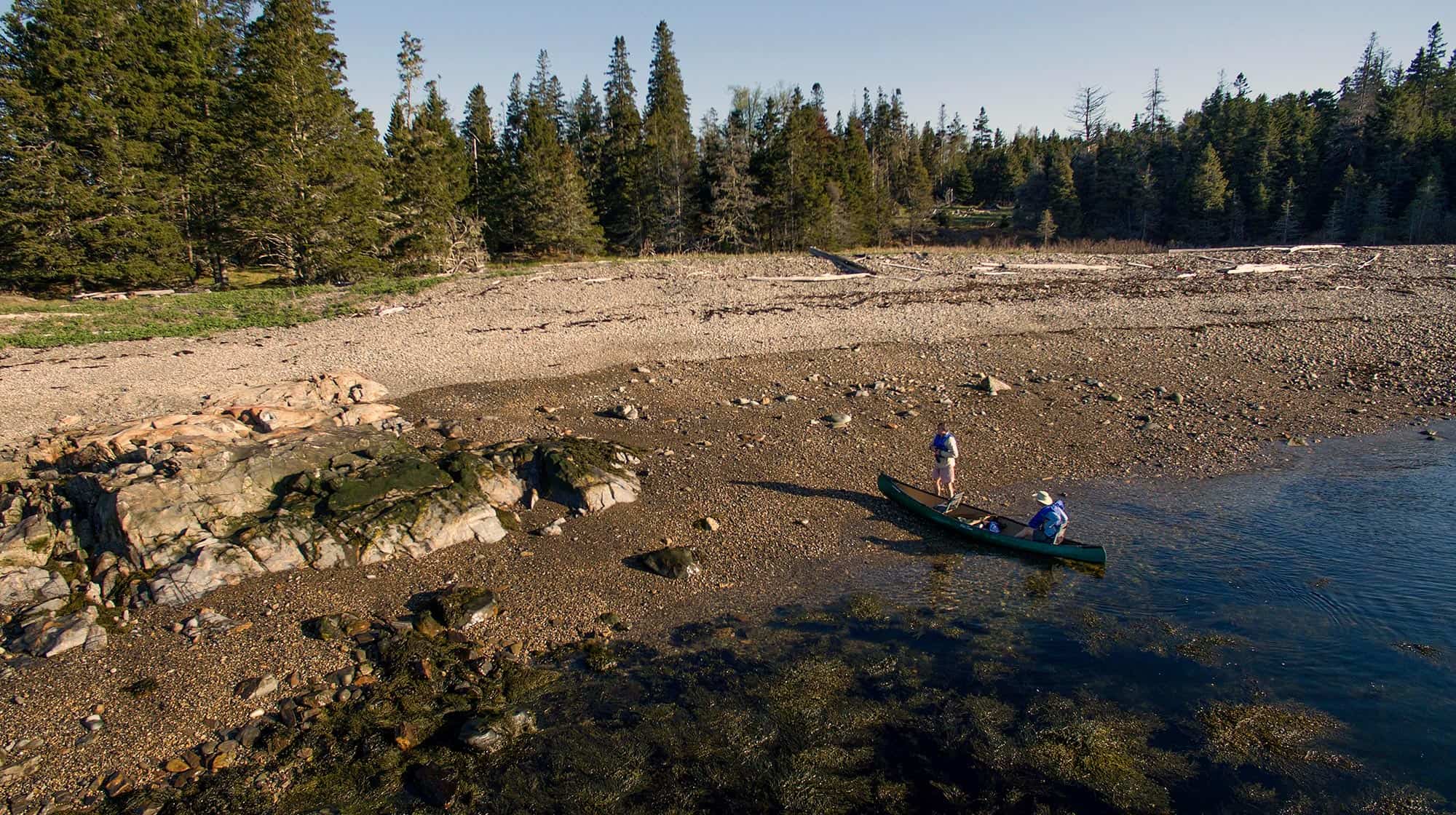 Visitors pull up to a beach on Monroe Island.