The Making of Long Point Preserve

Project manager Patrick Watson has been working for Maine Coast Heritage Trust for 20 years, and for most of that time a place called Long Point in Machiasport was on his radar. This largely forested peninsula jutting out into Machias Bay is mostly undeveloped, featuring a patchwork of Maine coastal habitats, including shrubland, old fields, salt marsh, bold headlands, and cobble beaches. The point offers sweeping views of the outer islands of Machias Bay, an area rich with history. A significant part of the ancestral homeland of the Passamaquoddy, Machias Bay also saw early European exploration and was the site of the first naval battle of the Revolutionary War. 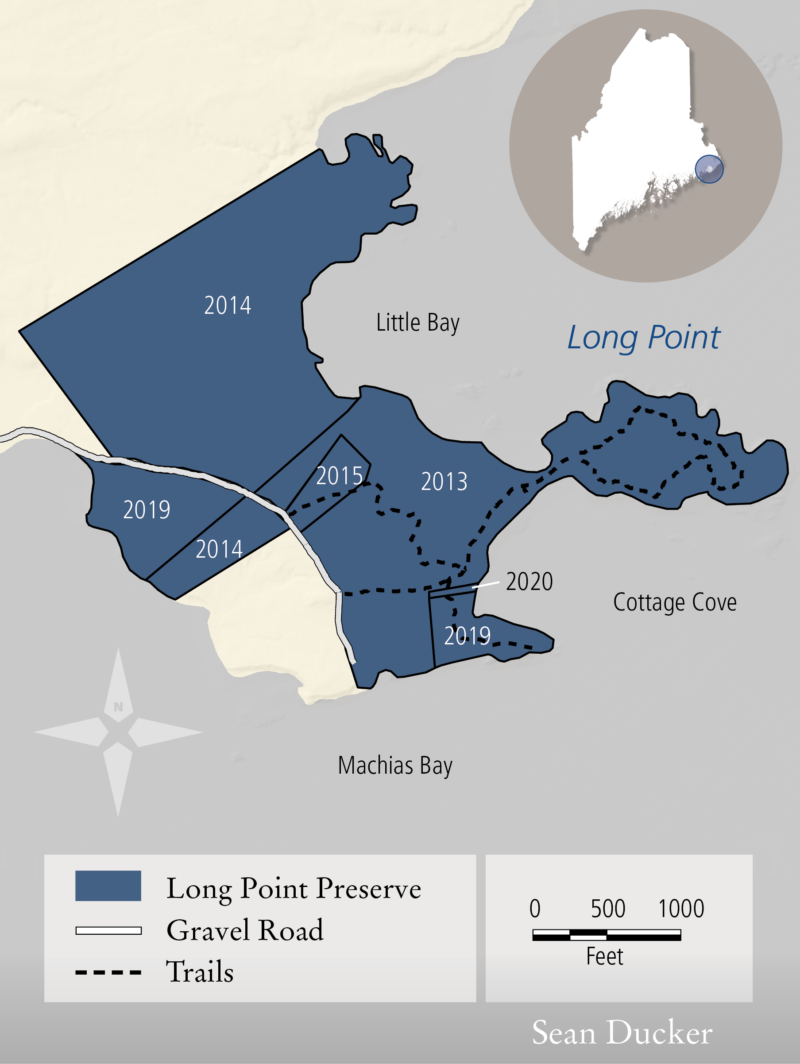 About 15 years ago, Patrick sat down for lunch with a developer who had just signed a contract to purchase this extraordinary place and had plans to create a 24-lot subdivision. Thankfully, the development never got off the ground and, when a neighboring landowner offered their support and agreed to conserve a key nearby property, MCHT made the decision to purchase the first Long Point parcel for conservation and public access in 2013.

Over the next seven years, through seven additional conservation donations and acquisitions, Long Point Preserve was expanded to 180 acres and now covers most of the peninsula.

“I think about what it was, and then I see how the preserve has been cared for, brought to life, and made more accessible with trails and signage. You see how much it means to people. It’s the dream becoming the reality.”

For many reasons, including the successive acquisition process, caring for Long Point Preserve over these past years has presented regional land steward Deirdre Whitehead with extraordinary challenges and opportunities. “When I look back on my files, which are full of ideas, possibilities, and questions, I see that the vision for this public preserve has changed over time,” says Deirdre. “That tells me we did a good job soliciting community input, listening, understanding, and being responsive to local needs and interests, which is always so important in creating our management plans.”

Given the archaeological and cultural significance of this land to the Passamaquoddy Tribe and others in the area, Deirdre sought community input at every step of the way in the process of making this preserve what it is today. She met with local clam harvesters, visited historical societies, and walked the land with archaeologists and their students. She collaborated with Wabanaki culturalists, historians, and artists on the creation of interpretive panels to share the historical significance of this land. 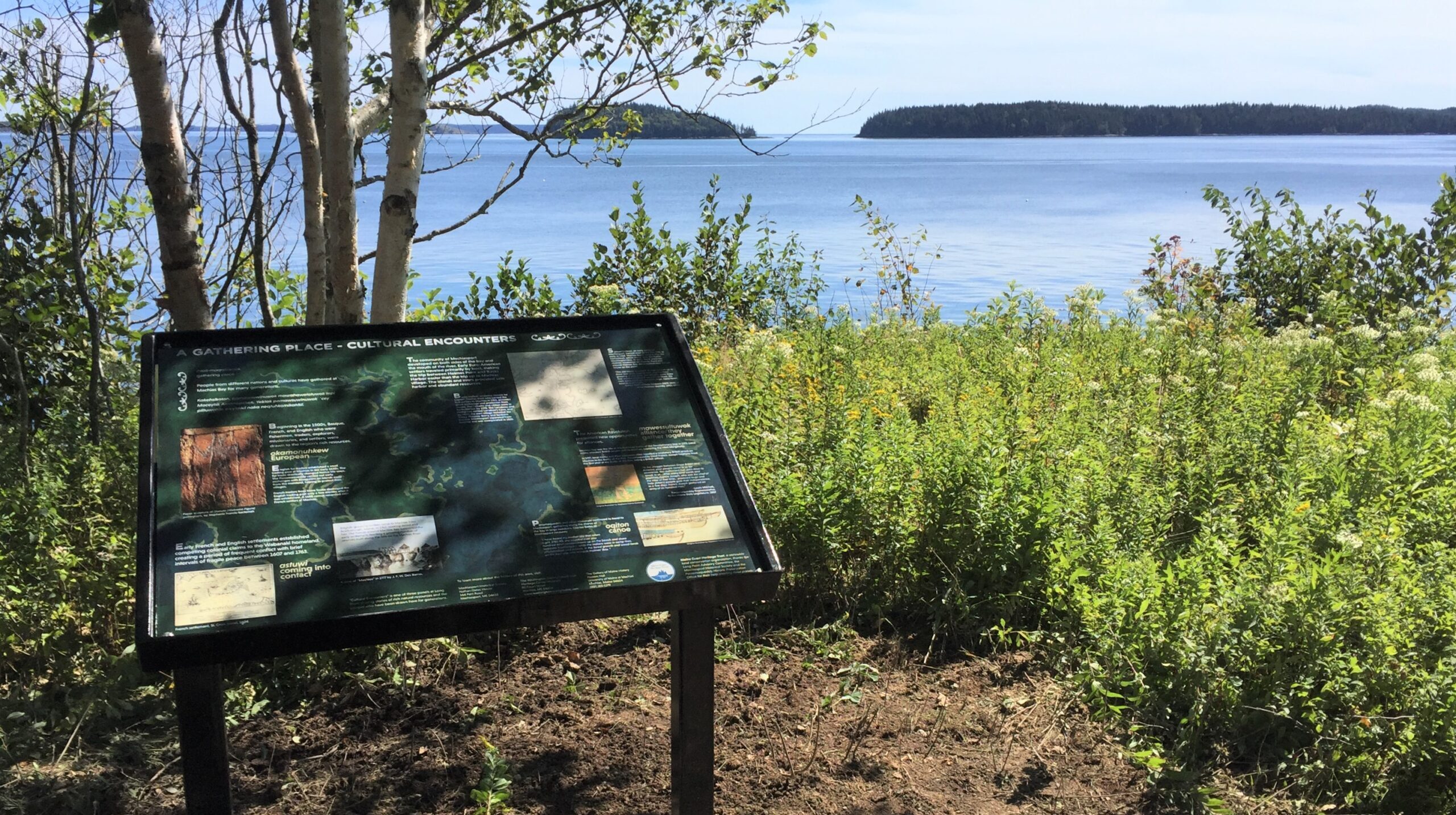 Now, from the tip of Holmes Point, a visitor can read about the history of Machias Bay while overlooking it, taking in the smell of rosehips and watching seals frolic in the waves while imagining scores of birch bark canoes filling the mouth of the river, or the clash of Revolutionary War ships in a battle to ultimately claim this part of the coast for the United States. For MCHT, the unique stewardship of this property has resulted not only in a beautiful and powerful experience for visitors to the land, but in the cultivation of deeper relationships with people and communities in Maine.

“You do all this work to conserve these places,” says Patrick, “but that’s only the beginning. When I go back to Long Point, I think about what it was, and then I see how the preserve has been cared for, brought to life, and made more accessible with trails and signage. You see how much it means to people. It’s the dream becoming the reality.”