The Gift of Pell Island

For decades Pell Island was in private ownership and used and loved by the Knox Family. They cherished the island’s extraordinary features, including slabs of smooth granite, sandy beach, and shaggy spruce woods. A conservation easement was placed on the island in 1976 that limited development.

In the early 2000s, Senior Project Manager Ciona Ulbrich was in conversation with the landowners about possible further conservation options, but the timing wasn’t right. Fifteen years later, when one of those same landowners called MCHT, she was pleasantly surprised to find Ciona on the other line. “You’re still there!” she said. “And you know Pell Island.” 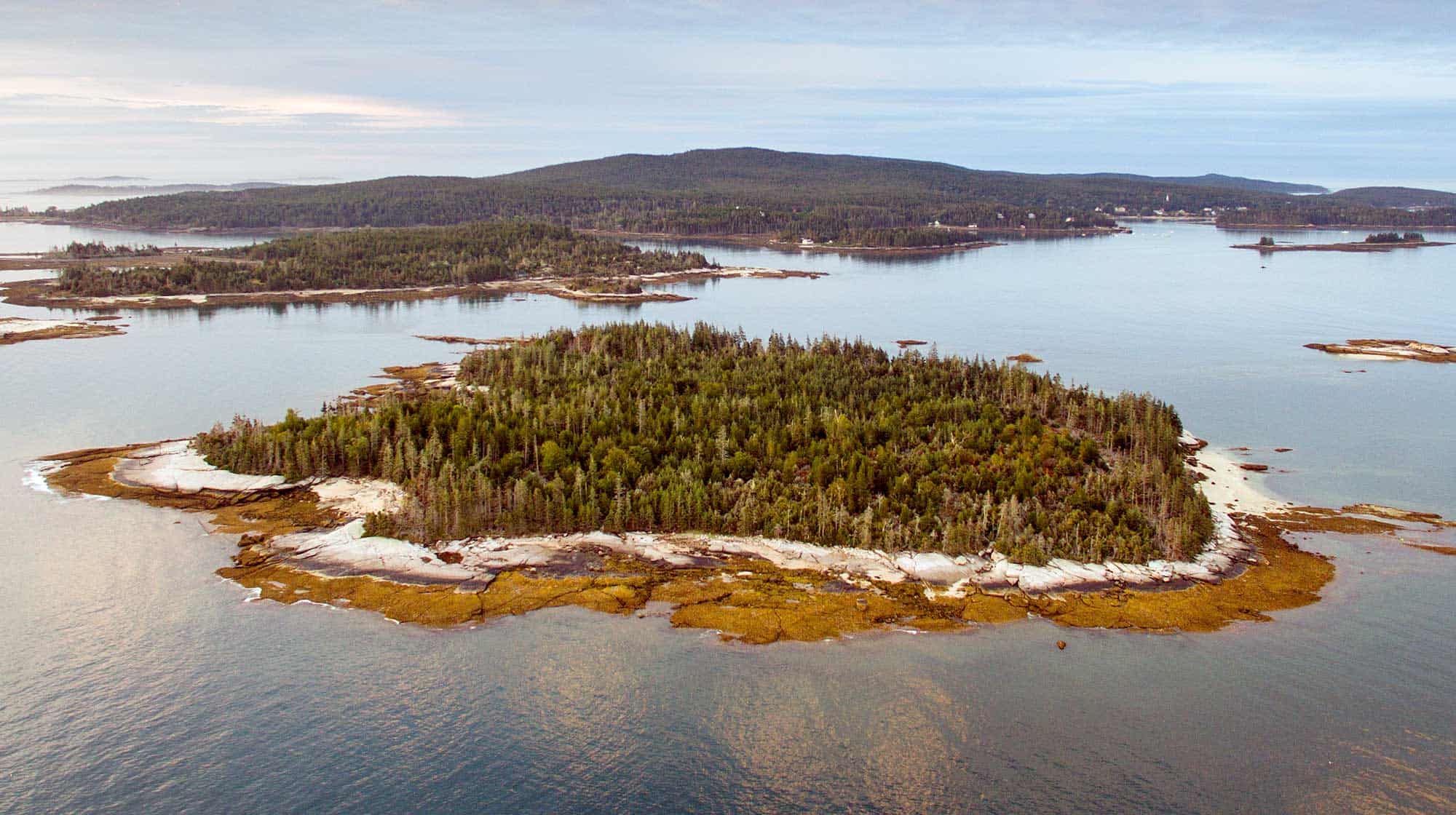 “Pell Island is a keystone in the suite of islands north of Isle au Haut.”

Ciona worked closely with the family in the months following as they so generously decided to donate the island, ensuring it will always stay as is, and open to the public for light recreational use.

It is a dreamy place for a picnic, to hike the perimeter and interior or take a swim on a hot summer day.

Jane Arbuckle, MCHT’s Director of Stewardship, calls Pell “a keystone in the suite of islands north of Isle au Haut” and especially loves the sand bar revealed at low tide, which all but connects Pell to MCHT’s Nathan Island Preserve.

The family’s extraordinary act of generosity and foresight is a gift to locals, visitors, and all who recognize and cherish the unique beauty of this special stretch of coastline. We thank them, and hope you get to see Pell Island Preserve for yourself very soon.

Click here to learn about other preserves in the archipelago (sometimes referred to as Merchant Row)!