People have been enjoying the beaches of Sheep Island for years. Photo by Ken Woisard Photography.
Stories from the Coast >

“Almost every kid who grew up on Owls Head has been to Sheep Island,” says Dick Carver, Owls Head native, fisherman, and former town selectman.

“Fishermen, fishermen’s kids… families would picnic on the beach and play Treasure Island.” He mentioned this earlier this fall, when he bumped into Maine Coast Heritage Trust’s David Warren on a Midcoast trail. David has been leading our fundraising effort to protect Sheep Island, and this didn’t come as a surprise.

When Sheep Island went up for sale in 2020, David and the local project manager received a flurry of emails, calls, and Facebook messages from Owls Head community members asking if MCHT could conserve Sheep and ensure this tradition of public access continued. 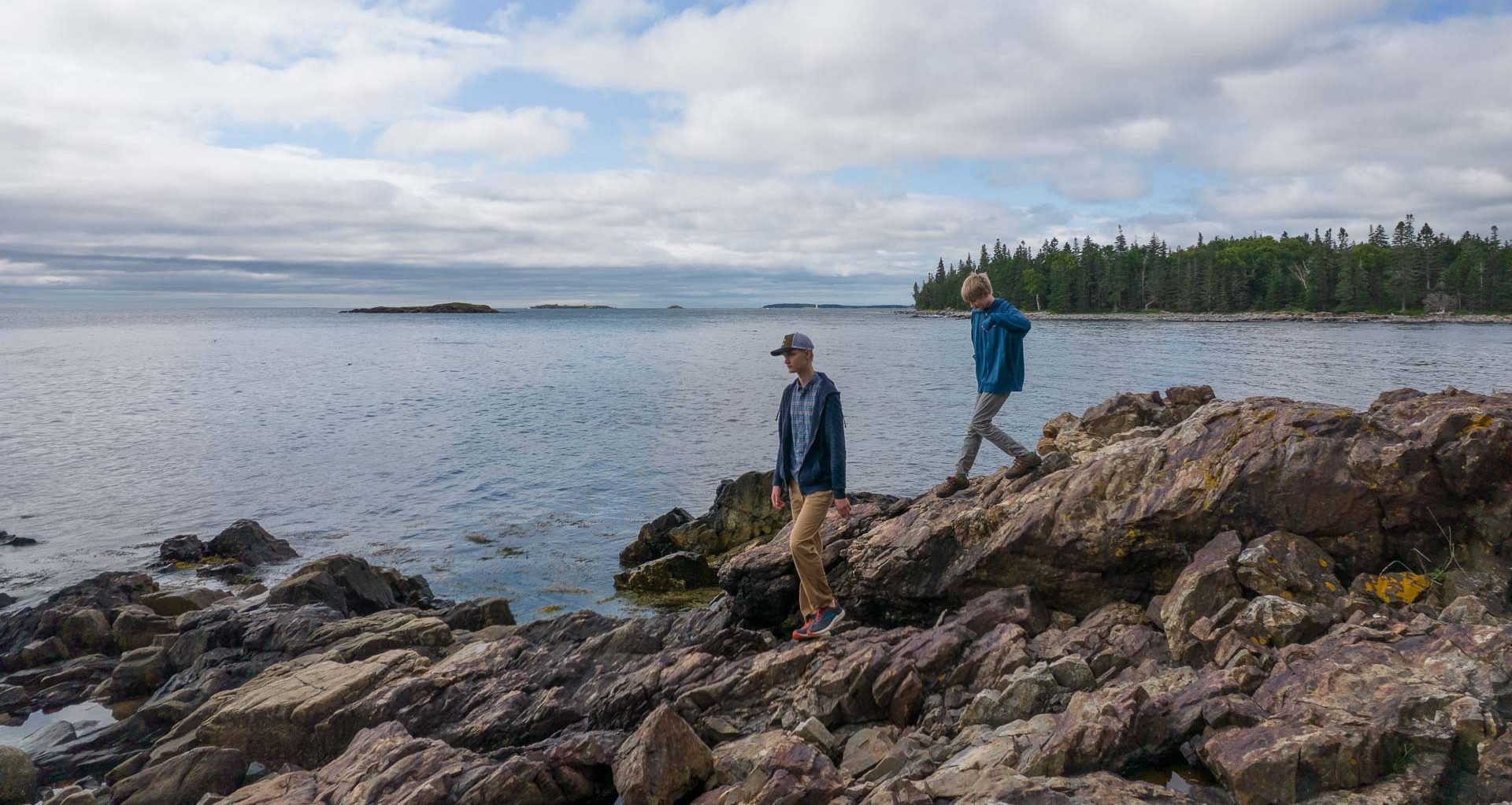 We were on it, and we had to act fast. Thankfully, a lead donor stepped up with a sizable gift, followed by a cadre of others. A long-time MCHT donor agreed to purchase the island to give MCHT time to fundraise for the acquisition and stewardship costs through the fall of 2021. This effort was spurred on by a generous matching gift that released two dollars for every one donated.

We closed on the purchase of the island in November of this year, thanks to these generous donors and countless others who made gifts of all sizes.

“Conservation of this island was a real community effort,” says David. “And it’s no wonder people love it.” As islands go, Sheep Island is easy to get to. Not far from the mainland, boaters can pull small craft right up to the beach. It’s not far from Ash Island, which has been an MCHT preserve since 2010, and Monroe Island, which MCHT acquired for public access in 2018. Around that time, MCHT worked with the town of Owls Head to create a public park at Owls Head Harbor with much-needed parking and improved water access for commercial fishermen and recreational boaters.

“All of these conservation projects together have made this an incredible part of the coast to explore,” says MCHT land steward Amanda Devine. “You can park in town, put a kayak in the water at Richard Carver Harbor Park, and paddle to Monroe to camp overnight, then paddle over to Sheep Island for a picnic. More skilled paddlers can navigate the strong currents around Ash and explore that beautiful island.”

This isn’t just exciting for boaters, but also for people who enjoy views of these undeveloped islands and the wildlife that benefits from this protected habitat.

Next spring and summer, if you’re in Owls Head, you’re likely to run into Amanda caring for Monroe and Ash and bringing Sheep Island online as MCHT’s newest Owls Head preserve.