On October 23, 2018, the Native-led nonprofit Nibezun celebrated a huge milestone: the completion of the first phase of their capital campaign to purchase sacred Wabanaki land along the Penobscot River in Passadumkeag. We at MCHT are cheering them on.

In an announcement to supporters and community members, Nibezun explains that this effort to conserve sacred land, “wasn’t going to be easy.” But the Tribal members and allies who envisioned Nibezun were steadfast, and over time countless people and state and federal organizations came together to help make the seemingly impossible, possible.

Maine Coast Heritage Trust was honored to be one of many organizations—including The Conservation Fund, the Elmina B. Sewall Foundation, The Quimby Family Foundation—to pitch in to help.

The idea of Nibezun was seeded in 2016, when a property providing the only available land access to the Penobscot Nation’s Olamon Island, a historical ceremonial ground, as well as an ancient camp used by the Wabanaki and their ancestors, went up for sale.

The owners had allowed some Native access to the land for years, but, when the land went on the open market that year, people feared that access to this important property and to Olamon Island (the property totals about 85 acres) would be cut off.

The fundamental first step towards realizing the dream of Nibezun was to acquire the sacred riverfront property.

In 2016, The Conservation Fund, a national nonprofit, and MCHT provided a bridge loan to Nibezun, giving the nonprofit two years to raise the $700,000 needed to acquire the property, and provided technical assistance and support as the group fundraised to conserve the land.

Historically much of Maine Coast Heritage Trust’s work has focused on the coast. But the coast is not disconnected from Maine’s interior. “Physically, ecologically, and culturally Maine’s regions are inextricably linked,” says Senior Project Manager Ciona Ulbrich who worked closely with Nibezun, “and more and more, MCHT is conserving land in a way that recognizes these connections.” 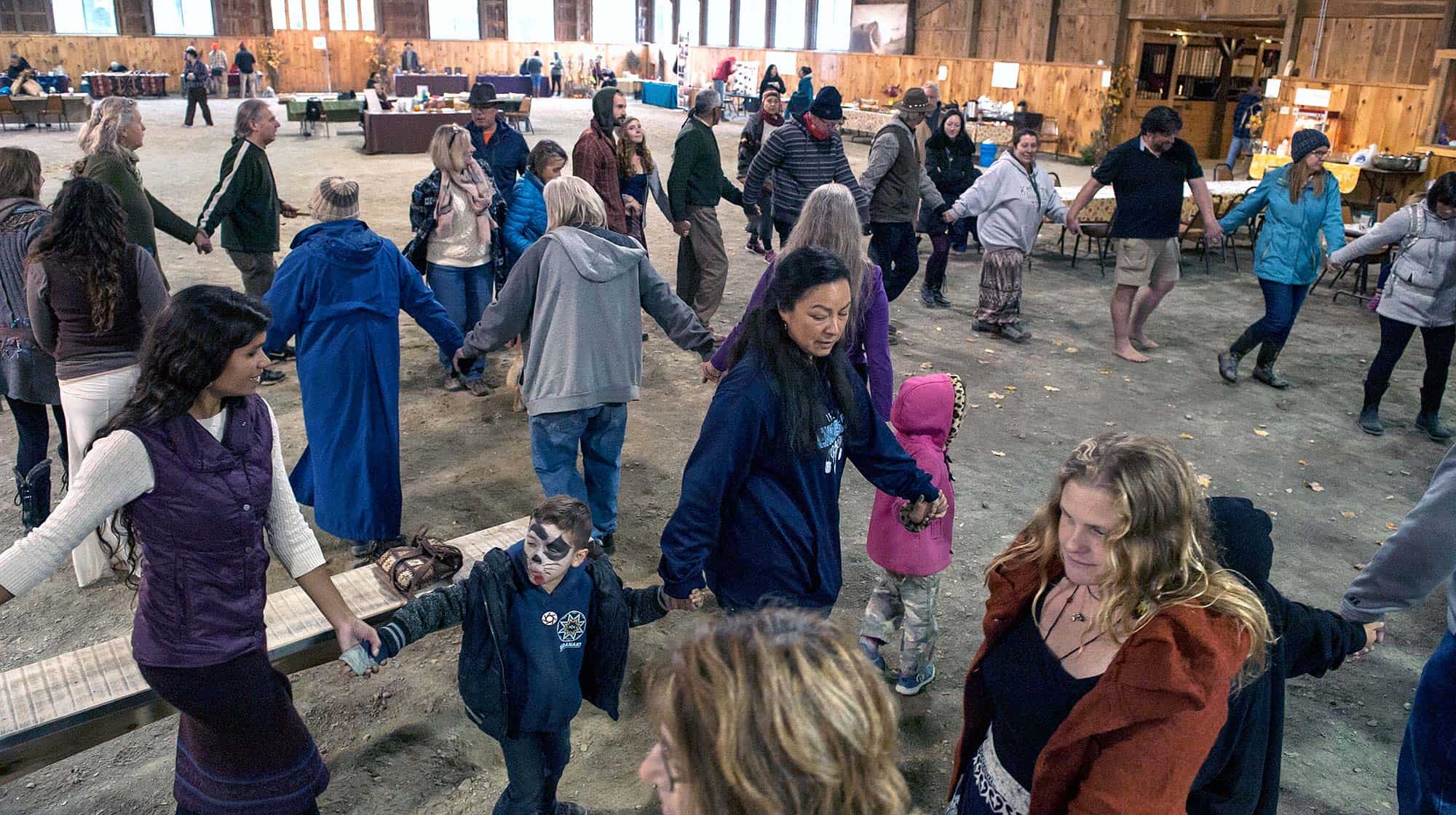 “The Tribes are a statewide community with the oldest ties to the land now considered the State of Maine, and close connections to the coast,” says Ciona. “Living according to the rhythms of the land and the seasons, and relying on the food provided by both, many people spent much of the summer along the coast and moved inland along the rivers in the winter.”

This fact has implications for MCHT’s efforts to practice community conservation—learning why and how land is significant to people, and collaboratively conserving that land in such a way to preserve and enhance peoples’ connections to it.

Nibezun is more than land

As Nibezun’s Vice-Chair of the Board of Directors Dr. Ben Huerth says, “[Nibezun] is not the land, not any one person, not the buildings… it provides a way of being together in a complicated world and allows a prayer to echo through us all in our own individual ways.”

A cultural center promoting healing and sustainability for all people, Nibezun has already come to mean a great deal to a many people around Maine and beyond. Numerous events and workshops have been held here already.

Now, Nibezun begins the second phase of its capital campaign to fully staff the organization, further develop programming, and repair and improve the existing facilities.

On October 13, days before this sacred land was officially reclaimed, people from many walks of life gathered for Nibezun’s Harvest Fest. People sang songs and danced; learned new words in Passamaquoddy-Maliseet, Mi’kmaq, Penobscot, and Abenaki; told and listened to stories; ate together and played music.

Meanwhile, leaves of green, yellow, and orange fell from the trees lining the nearby Penobscot River, and floated along the surface of the water, making their way towards Maine’s rocky coast.