In September of 2019, MCHT regional land steward Melissa Lee joined part-time steward Frank Wilson, crew members Joe Garrison and Rafael “Hafa” Mata, and five volunteers to replace 24 sections of bog bridging that had been in place since the trail was built in 1992. 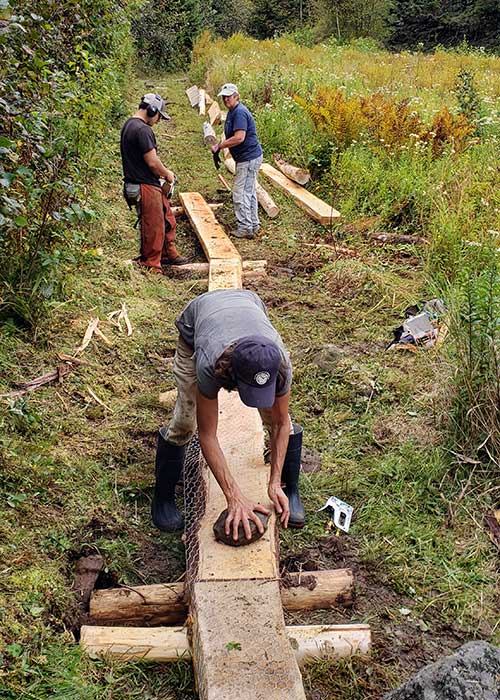 But in some instances bog bridging is a must.

This stretch of bog bridging at Western Head Preserve had lasted longer than the more common 20 years due to the open non-wooded location. But, after nearly three decades of weather and wear and tear, it was time to update the trail.

As one might expect, it isn’t easy to replace bog bridging.

Stewards and volunteers removed the cedar from the ground, stripped the planks of old chicken wire, and cut the sections into pieces small enough to carry to a waiting trailer.

Putting the new bog bridging in

Next, stewards and volunteers carried in the new cedar planks and logs. New support sills were cut and placed, and planks were fitted and screwed to the sills.

Finally, they stapled chicken wire to create a non-slip surface—key to making the trails usable in the wet downeast environment. 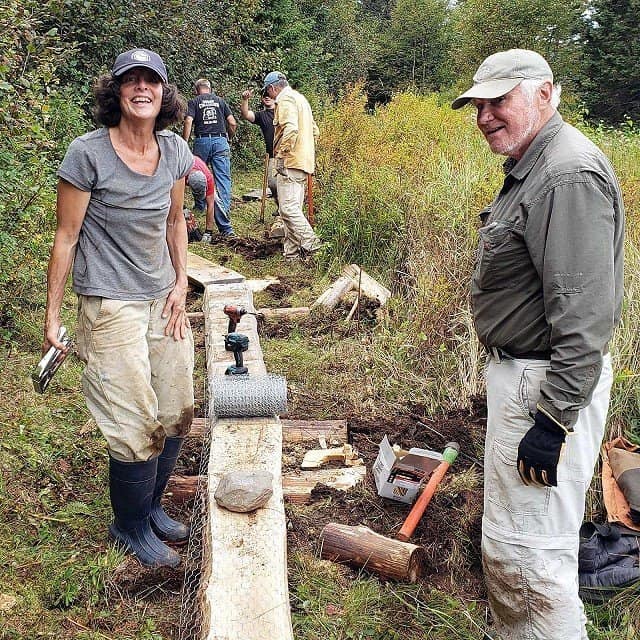 “Many hands make light work,” says Melissa Lee. With nine hard at work on the trail, they were able to accomplish a great deal.

“The volunteers worked really hard and happily and we had a beautiful setting to do it all. We truly would not be able to care for all the trails the way we do without volunteers,” says Melissa.

It’s true: if beautiful scenery and a strong sense of accomplishment is what you’re after while you work, MCHT offers some pretty exceptional volunteer opportunities.