By MCHT President Tim Glidden for the summer edition of Maine Heritage, 2021

This year, we’ve said a final goodbye with regret to two old friends who played leadership roles in Maine Coast Heritage Trust’s story for many decades. When we pause to acknowledge their contributions, I am reminded of all those who have written that story over the past half century. In my faith tradition we honor the “mighty cloud of witnesses”—those who have gone before and by whose example we are now inspired in the same cause. Dianna Emory and Charlie Dodge are two of our shining witnesses. 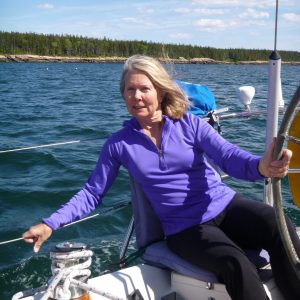 Dianna served on the MCHT board from 1998 to 2007 and actively ever since then on our advisory council. She was passionately committed to the well-being of Maine’s natural world: woods and waters, coast and islands. The nonprofit boards she served on are literally too numerous to name but included Friends of Acadia, The Forest Society of Maine, and Frenchman Bay Conservancy in addition to MCHT. Dianna was a doer and a leader; with her energy and enthusiasm she inspired us to bring the impossible within reach. Dianna also drew on her deep experience in clinical counseling to make connections between mental health and direct experience in the natural world. I am personally indebted to her for the unreserved generosity and kindness she showed me when I joined MCHT—a seemingly infinite source of introductions, unstinting hospitality for my many, many visits to MDI, and a boundless reservoir of well-informed advice. We will miss her sparkle and elegance and be forever grateful for her commitment to MCHT. 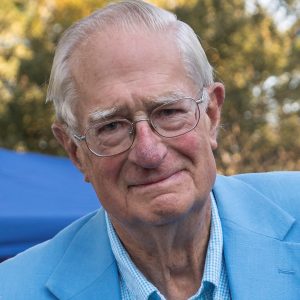 Charlie served on MCHT’s board from 1989 through 1996 and as a member of our advisory council in the years since. Charlie was an innovator in his professional life, including more than thirty years with S.D. Warren Co. here in Maine. He was a passionate outdoorsman and while that term is out of fashion, it perfectly captures his enjoyment of the natural world through fly-fishing, skiing, sailing, and hunting. That passion extended to the conservation of the lands and waters of Maine and a deep commitment to environmental protection, causes he pursued with his wife Marylee through their generous support for a myriad of related organizations, including board service with many. It was my privilege to spend time with Charlie getting his advice and perspective on the strategic challenges facing MCHT. He was always glad to see you and his stories, told with a dry, keen humor, were always worth the trip! Charlie was a strong connection back to MCHT’s earliest years, and we feel the loss of his presence.