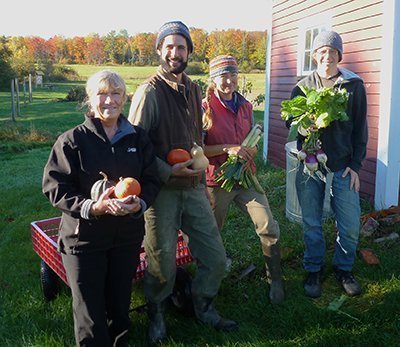 In 2015, MCHT’s Teen Agricultural Crew (TAg Crew) set a new production record at our Erickson Fields Preserve in Rockport, shattering last year’s total with a 76% increase. Thanks to the bounty, the crew distributed more than 20,000 pounds of fresh vegetables throughout the community!

Working under the direction of Aaron Englander, Farm and Program Manager, TAg Crew is an entrepreneurial program employing high school age students in a full time summer job where they learn the essentials of business planning, marketing, growing, harvesting, packaging, and delivering fresh produce. This year’s crew was the largest in the program’s six-year history with two seasoned members and five new hires.

While more program participants boosted the year’s production, the TAg Crew also benefited from an increase in the size of the preserve’s cultivated garden area, now two acres, as well as additional storage space thanks to the construction of an 8 foot by 8 foot walk-in cooler. Volunteers joined crew members early in the season to complete these two infrastructure upgrades. 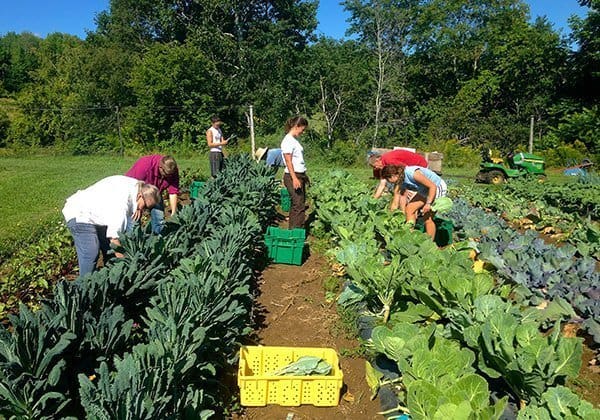 With the abundance of produce, the TAg Crew expanded their distribution to more food-insecure households and increased their donation of produce by nearly seven fold compared to the previous year. Over the summer and fall, they distributed to five food pantries: Area Interfaith Outreach in Rockland, Camden Area Christian Food Pantry, Come Spring Food Pantry in Union, Bread for the Journey in Warren and the Salvation Army in Rockland. The crew also established new partnerships with Healthy Acadia and Meals on Wheels.

“I like to provide at least some produce in the winter,” explained Carol Watier, a volunteer with the Come Spring Food Pantry. “We have been so pleased with the lovely, fresh produce [Teen Ag Crew] has delivered to us.” In addition to food pantries, Teen Ag supplied fresh produce to area public schools, two area retirement homes, and three restaurants.