One Honey of a Mushroom

In my humble, fungal experience the two most frequently asked questions on mushroom explorations are, will it kill me? and, can I eat it?

While the edibility and toxicity potential of a mushroom adds an air of excitement to any harvesting experience, that’s just a small part of what makes mushrooms so cool and interesting. 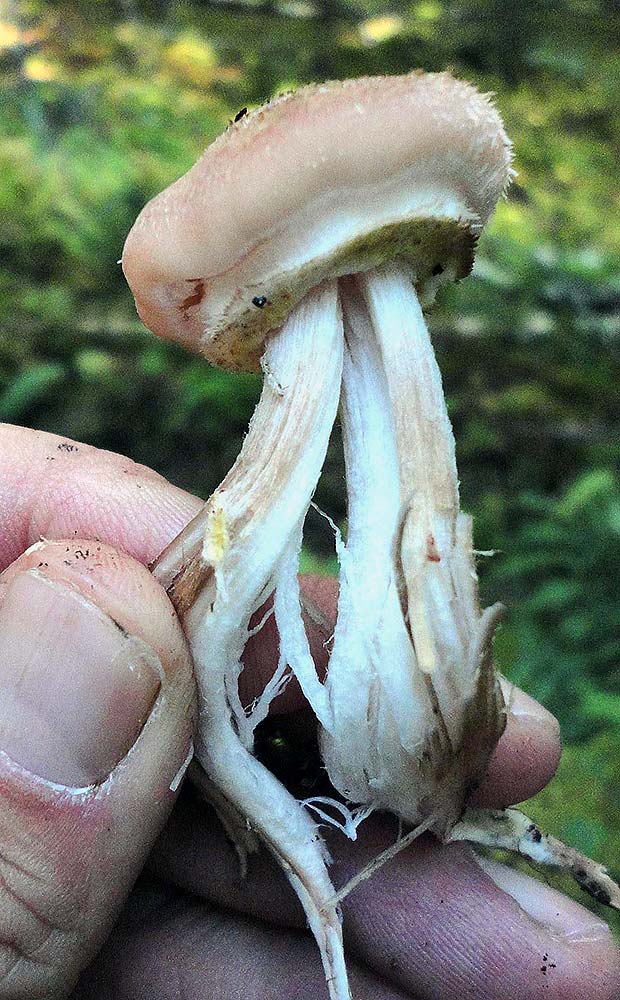 There are plenty of things to wonder about when dealing with mushrooms, such as: How does it release its spores? Does the mushroom glow in the dark? Does the fungus help or hurt the trees? Or just turn them into dirt? Does the fungus have a veil? Is it found locally, regionally, circumpolarly, or even globally? Can it clone itself or is it at the mercy of sexual reproduction? Ah, fungal questions. We (the royal we) could go on forever.

With so many mushrooms out there, the newbie fungus tracker can get easily overwhelmed. But what if I told you there was an easy-to-identify mushroom that has just about everything you’re looking for in a ‘shroom. Sound unbelievable? Well, start believing! And to make things even better—they call this honey of a mushroom the Honey Mushroom! I know, you can’t make this stuff up!

A fungal fall – what to look out for

September is for Boletes and Amanitas. Then, in early October members of the Cortinariaceae (Corts) take over the spruce and fir forests with their purples, greys, and oranges.

And just when the dust feels like it’s settling on the fall mushroom bloom, there is an intense, thick burst at the base of trees, rising from subterranean roots, and erupting through tree bark up to 25 feet or more off the ground. Welcome to the world of Honey Mushrooms (Armilllaria mellea), let the dance begin. 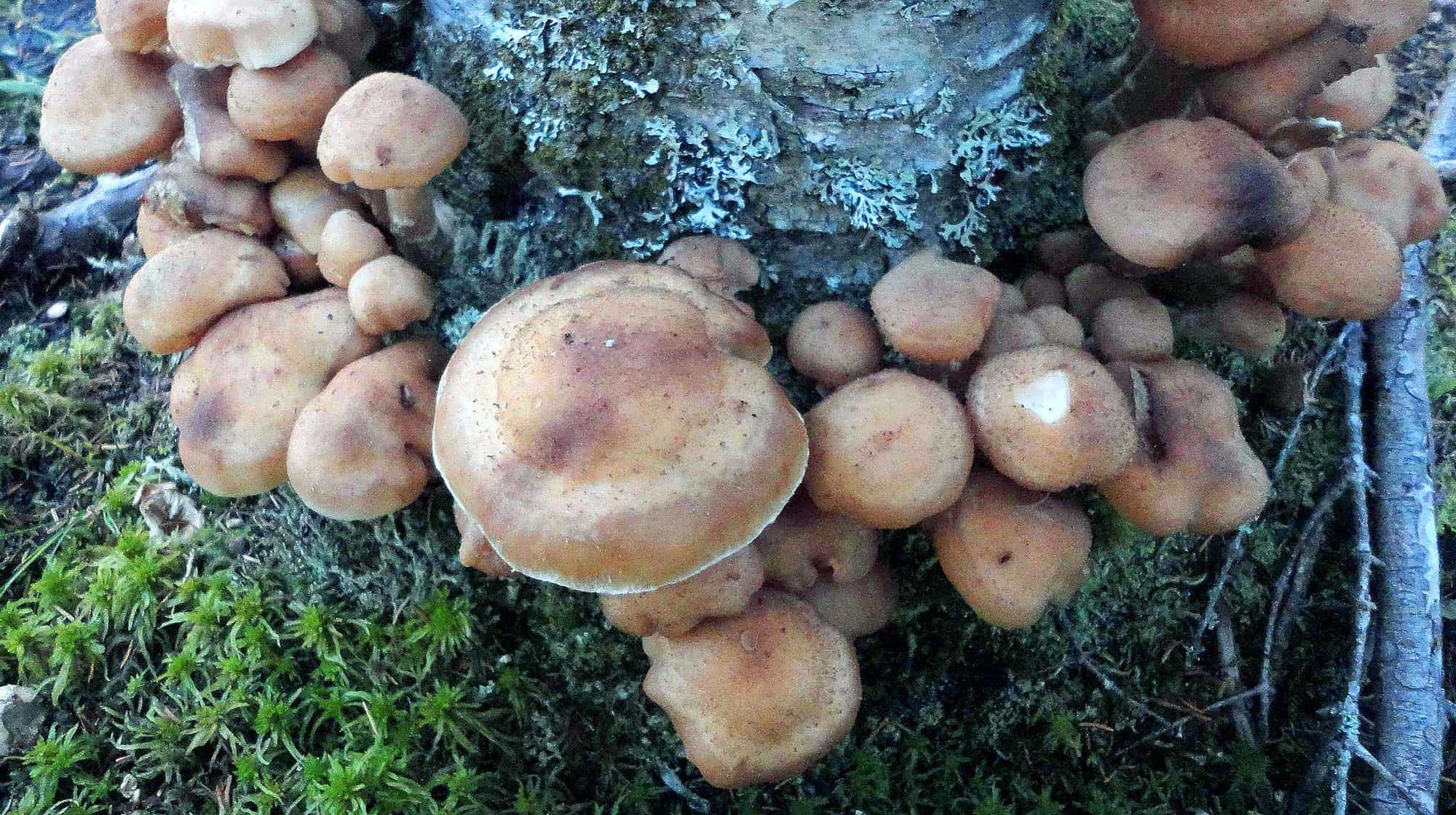 Typically fruiting in large clusters, Honey Mushrooms are known for their decurrent gills (running down the stalks) and (often) honey-colored caps covered with dark, scaly tufts. Their stalk/stipes are tough, with a “pithy” interior and a bold white veiled ring. Their caps are edible, as are their pithy stalks, once the tough outer layer is removed. (Pithy stalks cooked in olive oil is dreamy).

Hardwood’s where it’s at

But wait! It’s not so simple… Honey mushrooms collected off spruce trunks and roots are more likely to make one become sick than Honeys collected off hardwoods. Yes, they are an edible mushroom that may make you sick!

As if that’s not cool enough, Honey Mushrooms glow in the dark, creating green glow known as foxfire. These mushrooms are “on” both day and night!

If you don’t eat them, they might eat the woods

At times the honey mushroom’s fungus is saprotrophic—that means they decompose the heartwood of plants, turning the non-living part of trunks and roots into soil. When that’s not cutting it, Honey Mushrooms will send out hyphae—threadlike filaments that make up a fungus—through the soil in search of food.

The thick, insulted groups of Honey Mushroom hyphae are called rhizomorphs, and they attack and begin to digest trees and shrubs they come into contact with. This can cause and spread the destructive “white rot” throughout a patch of woods!

They go from decomposer to parasite in order to feed their insatiable appetite. Adaptable and aggressive, the Honey Mushroom is a true survivalist.

Miles of a mushroom (you read that right)

As the fungus grows, it clones itself and continues its “individual” life by enlarging in size and extending its reach. In optimal conditions, this results in grandiose specimens—as evidenced by the Honey Mushroom fungus in Malheur National Forest, in eastern Oregon.

One honey mushroom mycelium has been measured at 3.5 square miles, and is estimated to be at least 2,400 years old—the largest living “being” known to humans on the planet.

Honey Mushrooms are not only circumpolar in the northern hemisphere, but are recognized as one of the most widely distributed mushrooms in the world as they can be found at the appropriate latitudes in the southern hemisphere as well. This is why Gary Lincoff says, “With some justification, Earth could be called the Honey Mushroom Planet.” Well put, Gary.

Get ready be wrong

And just when it seems like this fungus can’t get any more perfect, it turns out the Honey Mushroom is actually at least ten different but closely-related and seemingly identical species! For most intents and purposes they are the same species and impossible to separate in the field.

As our understanding and knowledge of fungus increases through DNA and other tests there are many past facts that will be corrected and will have to be re-learned. There is so much unknown or misunderstood within our knowledge of fungus. For some reason I like this, the mystery of fungus. “Weird Al” Yankovic was right when he wrote, “Everything you know is wrong.”

Honey mushrooms have it all and they are growing in a patch of woods near you! We’ll see you out there!