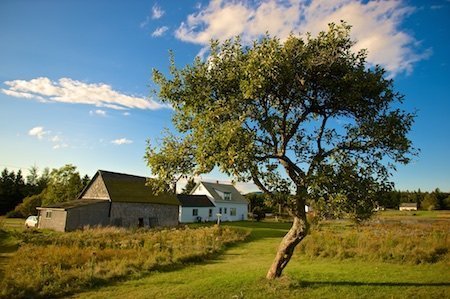 2014 was a busy year for coastal land protection efforts. Maine Coast Heritage Trust (in partnership with Federal, State, and local partners) protected more than 1,400 acres from Cumberland County to Cobscook Bay. Now there are more ways than ever before for you and your family to enjoy the Maine Coast. We hope you’ll take advantage in 2015, and make lifelong memories at an MCHT preserve near you.

The acquisition of the Goslings in Harpswell headlined MCHT’s island conservation efforts in 2014. Their idyllic sandy beaches, long enjoyed by boaters and kayakers alike, will continue to lure visitors for many years to come. In the fall, the northern half of nearby Clapboard Island in Falmouth also became an MCHT Preserve. A peaceful trail awaits those seeking quiet seaside picnic spots. Part of a broader effort to increase public access in Casco Bay, the protection of these two destinations would not have been possible without the support of local residents, business leaders, and the Land for Maine’s Future program.

In August, a trio of generous landowners donated 241-acre Pond Island to MCHT. Featuring stunning ocean views that include the mountains of Acadia, Pond Island’s location between Jericho and Blue Hill bays make it a convenient spot to visit when exploring nearby MCHT preserves including: Hog Island, Tinker Island, and Mitchell Marsh. 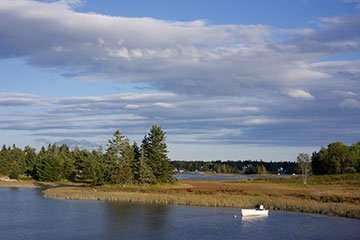 In 2014, MCHT also stepped up to assist in the merger of two partner land trusts. To ease the burden on the newly expanded Blue Hill Heritage Trust, MCHT agreed to acquire four preserves in Castine and hold nearly a dozen conservation easements in and around the Bagaduce River.

Stay tuned in the months ahead for more information on these new additions to MCHT’s growing list of conserved lands, including opportunities for you and your family to experience these special places first-hand.

MCHT land steward Kirk Gentalen has been enjoying the sights on St. George’s Clark Island Preserve this summer—particularly the butterflies.