Monroe Island Gets an Upgrade

In August of 2018, MCHT acquired Owls Head’s Monroe Island and began the process of turning it into a public preserve, making it more accessible, enjoyable, and safe for visitors.

MCHT land steward Amanda Devine sits atop the tractor that came with the island, which will find a new home.

In the weeks following the closing, regional steward Amanda Devine got right to work, improving trails and campsites, and putting up temporary signage.

She made some headway in 2018, but her 2019 field season to do list for Monroe Island was quite long—and might surprise some.

Below, Amanda shares her list of all that was accomplished on Monroe Island in 2019, often with the help of volunteers and extremely heavy equipment (no joke: think barges and excavators). 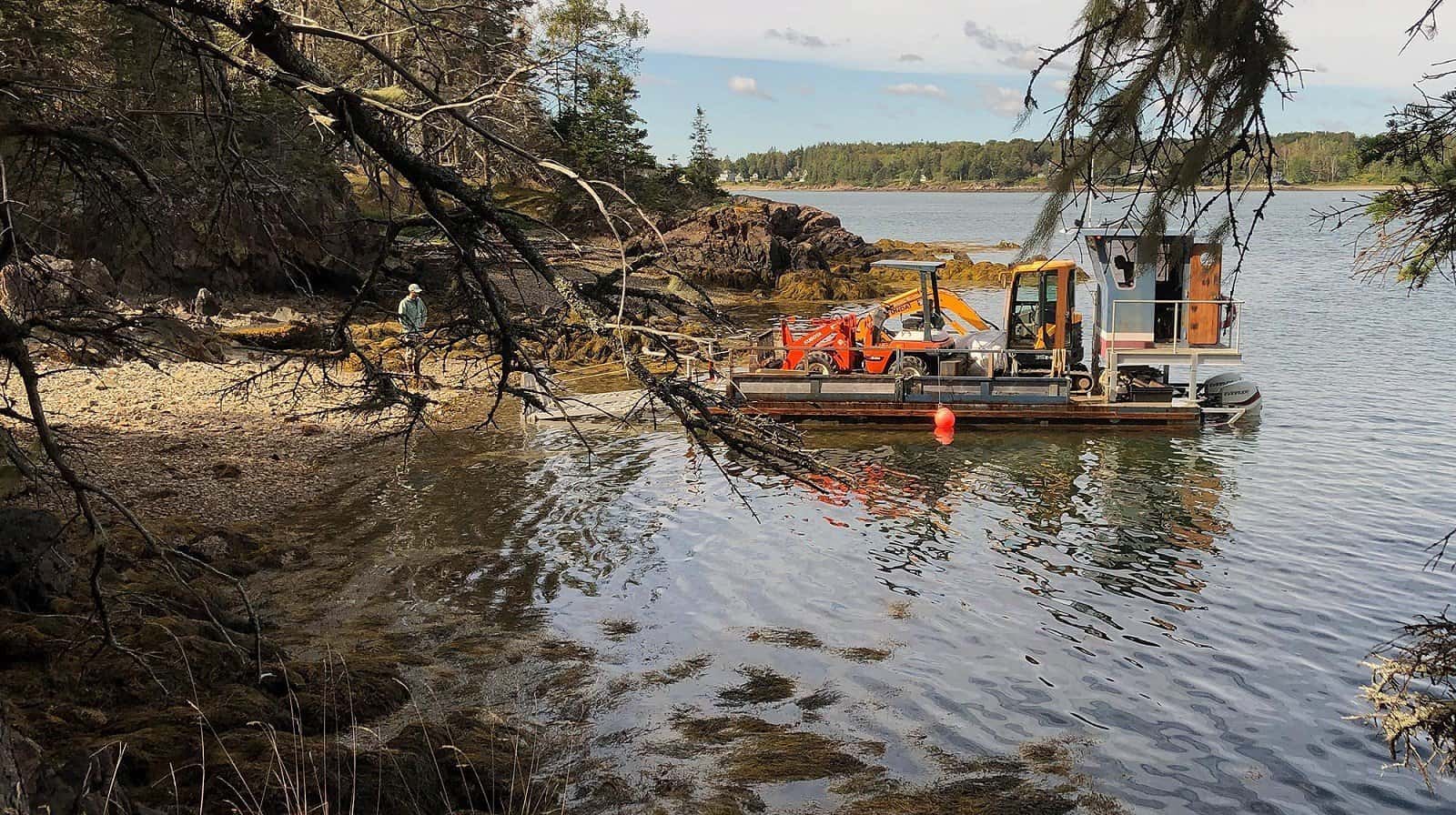 And there’s still one more big task to go: burning the remains of the island’s old shed. Wish Amanda luck!

Learn more about MCHT’s Stewardship Department. And remember: the next time you’re outside enjoying a junk-free, beautiful, and easy-to-access preserve, chances are a lot of hard work and resources went into making it so!