There have been some exciting happenings in York in recent months. For one thing, the York Country Club has sold its 186-acre property and all of its holdings to the York Golf and Tennis Club, giving this community organization a permanent home.

The property’s large size and extensive frontage along the York River, which spans more than a mile, make it one of the most significant conservation projects in York’s history.

“It’s a fantastic accomplishment for all parties and it supports a future for many people to enjoy,” says Doug Hawkins, former President of the Board of the York Golf and Tennis Club who notes that the transaction was made possible, in part, thanks to the number of York Country Club shareholders who traded in their shares for no compensation. This significantly reduced the cost of the transaction. “The end results were remarkable for all parties involved in this historic easement and acquisition,” Hawkins says. 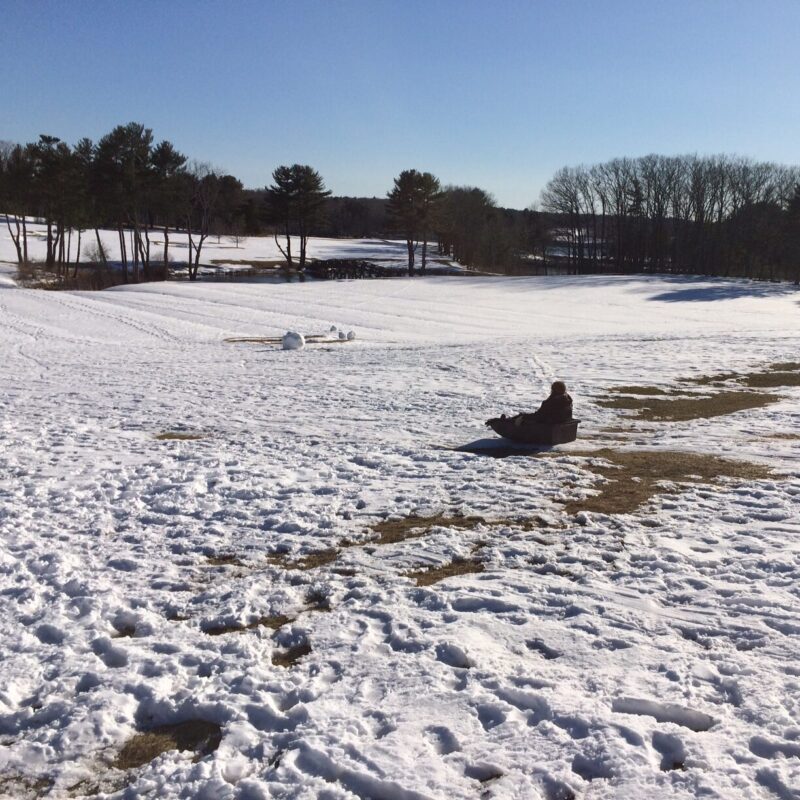 So what does this mean for the broader York community? Well, for one thing, kids and families will always have access to a favorite local sledding hill. The easement also ensures the land will remain undeveloped and accessible to the community for golf, tennis, and other recreational activities. This is good for York’s wildlife population, too, as many turtles, river otter, and other sensitive wildlife now make their homes on the York River.

“To have 174 acres of open views and open space right in York Village, and a place to sled in the winter, is amazing for the community.”

The 175 acres fall within the focus area of the Mt. Agamenticus to the Sea Conservation Initiative (MtA2C), a coalition of 10 conservation organizations (including MCHT) working to protect 19,000 acres of open space in the region from the summit of Mt. A to the coast of southern York County.

The property is one of the largest remaining undeveloped tracts of land touching saltwater in York and Cumberland County, and thus represents one of the most significant projects possible in the MtA2C focus area, says Keith Fletcher, project manager with MCHT and partner with the MtA2C coalition.

“This is a terrific conservation agreement that provides significant benefits to the public,” says Fletcher. “To have 174 acres of open views and open space right in York Village, and a place to sled in the winter, is amazing for the community, and Maine Coast Heritage Trust is pleased to have worked with the Country Club and Golf and Tennis Club on this project.”