A Year Painting a Legacy of Land Conservation

Painter Timothy P. Wilson has embarked on a “Maine Coast Sojourn,” setting up his easel at Maine Coast Heritage Trust preserves up and down the Maine coast. Below are photos and anecdotes from Timothy’s adventure which continues through the summer of 2021. This record of his travels and works will be regularly updated throughout the year, so please check back in.

An early December 2020 morning found Timothy on the furthest southern point of Woodward Point Preserve in Brunswick. The ebbing tide left him a rocky vantage point to work on a study of the wintry New Meadows River in the luminous morning light. (Not in the picture but directly across the gut from him is a tall pine tree where the local bald eagles often perch while looking for prey.) Photojournalist Greta Rybus was along for this leg of the sojourn and caught the artist at work.

In the summer of 2021, Timothy spent a couple of nights on Saddleback Island Preserve. “Even the boat ride out there was amazing,” says Timothy. “The rain had just passed, and the fog was rising, and there were all these dark blue islands along the horizon.” He worked along the shore in the morning and evening hours and retreated into the forest mid-day to avoid the high sun and complete some tree studies. Here you can see a collection of his sketches, which he’ll make larger works from once he’s back in his studio.

Timothy snapped this photo a September evening in 2019, when he paddled out to Whaleboat Island Preserve to begin to familiarize himself with the island. (He’s been back several times since.) “This was taken a three or four minute hike from the beach where I landed,” he says. “I loved that pocket of still water reflecting the grass and trees. The ocean was coursing around, but there was a moment of pause here. It was really captivating.”

In mid-October 2019, a powerful storm raged across New England, cutting power to thousands in Maine. During the storm, Timothy was staying off-the-grid in MCHT’s McCabe Cabin on Bog Brook Cove Preserve, in the middle of one of the largest contiguous blocks of conserved land on the eastern seaboard. Timothy relished it, making photographs as well as paintings. 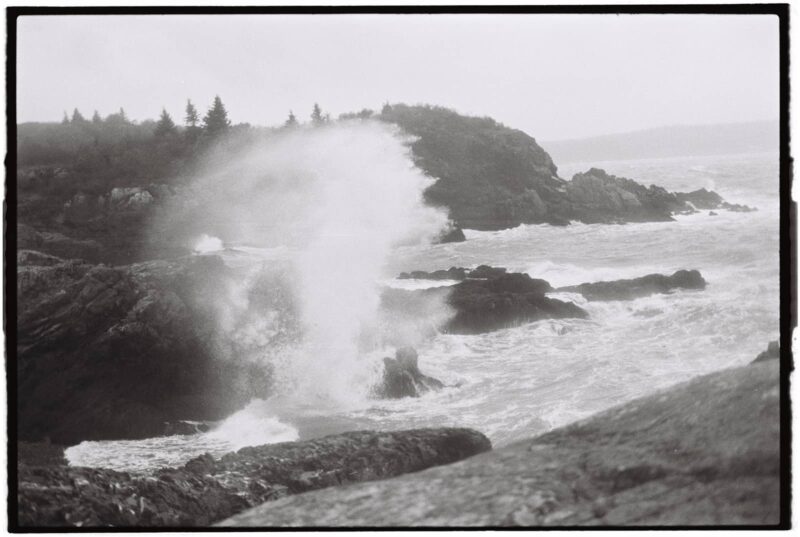 The photograph above was taken at the height of the storm, when Timothy couldn’t paint. Later, when the storm died down a bit, he was able to sketch in some rough elements and the storm subsiding (see the painting below). Later, referring to photographs, he may embellish aspects from the storm.

On his October 2019 trip downeast, Timothy visited Boot Head Preserve as well as Bog Brook Cove Preserve. “I was entranced by the swaying of the trees and the surf,” says Timothy or this iconic view. “It was beautiful to see all these layers of land kind of undulating in the fog. Everything was alive and moving.” 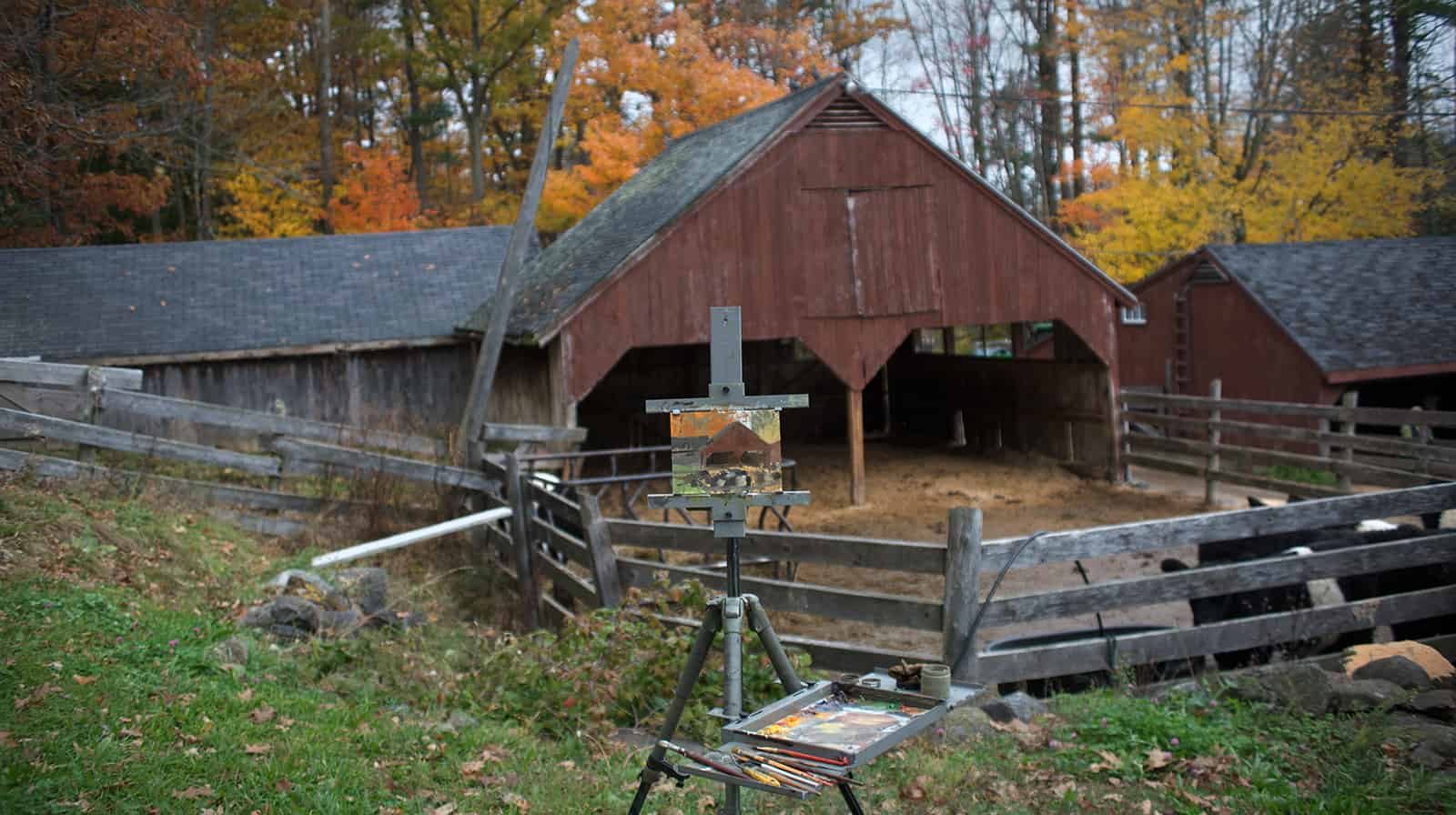 In November of 2019, Timothy took a trip to the midcoast and Aldermere Farm Preserve. In addition to open, pastoral land, Timothy painted the Belted Galloways and beautiful old buildings at this unique MCHT preserve. The photo above is of a color study in process which, along with pencil sketches he made, will help him flesh out the piece in the studio. Below are sketches of the cows. 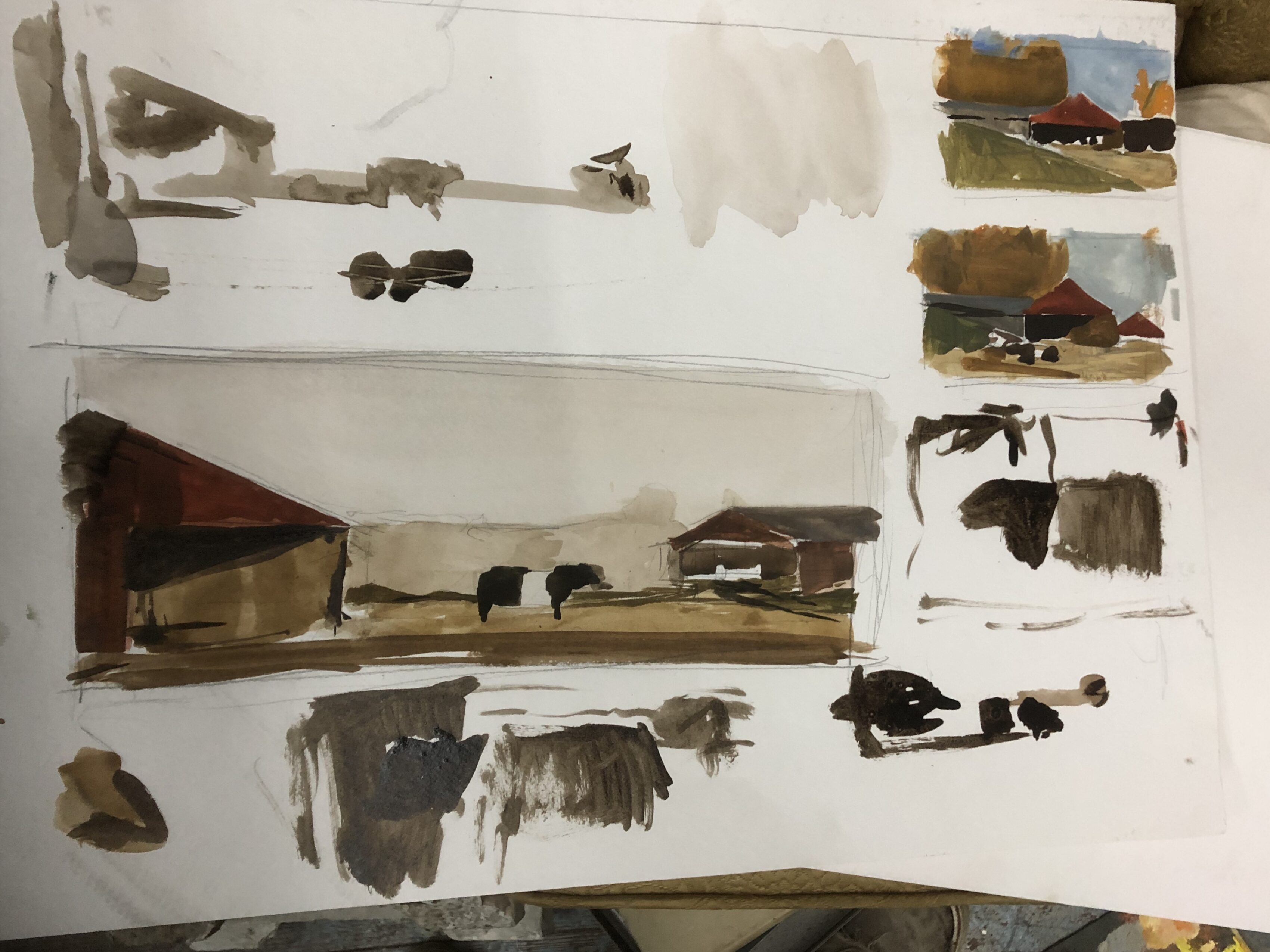 In early March, 2020, Timothy visited Witherle Woods Preserve in Castine. “It was cold but the end of the hike led to a lookout point,” says Timothy. “I made a more refined sketch of the mountains in the distance. This quicker color study [above] was made when the colors started to change a bit. I wanted to do a quicker, more ethereal abstract sketch inspired by the colors and composition. This could be almost anywhere.”

In the winter of 2020, Timothy stayed in a cabin downeast and visited many preserves in the Mount Desert Island area, including Kelley Farm Preserve. “This was one of the coldest days last winter,” says Timothy. “I hiked through the snow to the top of the hill. It was a short hike and the view was incredible. I quickly set up and when the sun came out I was able to make this quick sketch before my fingers were freezing and I had to call it.”

Timothy visited Woodward Point Preserve in the winter of 2020, walking out to the farthest piece of land on the peninsula to make the sketch above. “I love that you can see the surrounding islands, and I was drawn to the contrast of the snow against the darker sand—it was a kind of black mirror water moment. I could stay long as it was quite cold. I put everything away quickly and the canvas board with the sketch ended up falling on the palette.”

The painting below was also made on the same trip, near the middle of the preserve. 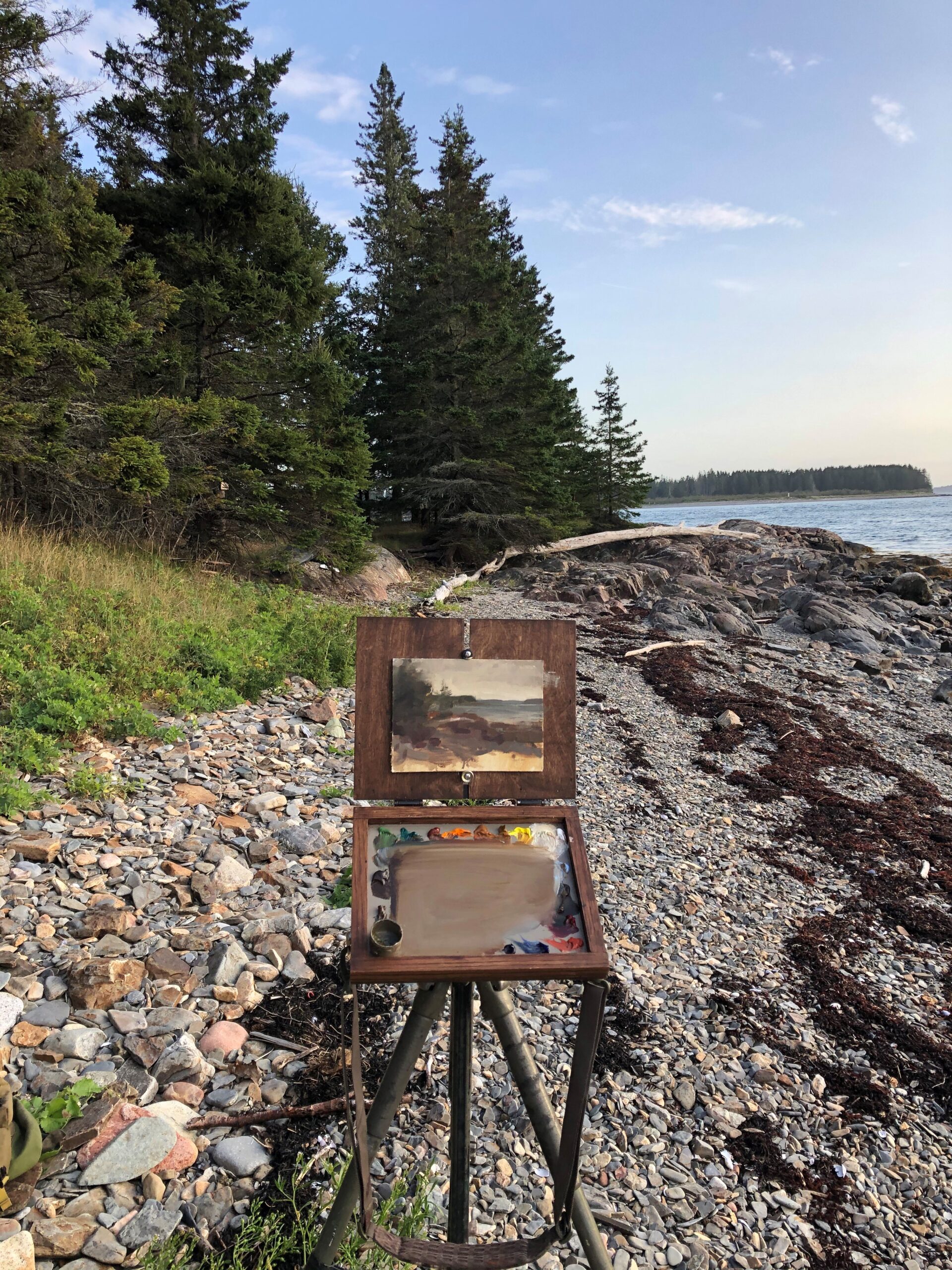 In the late summer of 2020, Timothy paddled out to Monroe Island Preserve to spend the night and make paintings in the evening and morning. “I love the diversity of landscapes on the island,” says Timothy. “There’s a scragglier area, there are bold cliffs, expanses of field, beaches. And there are some incredible views of the Camden Hills and Owls Head Lighthouse.”

Excited to see what comes of this project? We are, too.

In September of 2021, Timothy’s works from the Maine Coast Sojourn will be on display at Cove Street Arts in Portland. Keep an eye on our events calendar for more information about this special exhibition and out-of-the-box MCHT event.