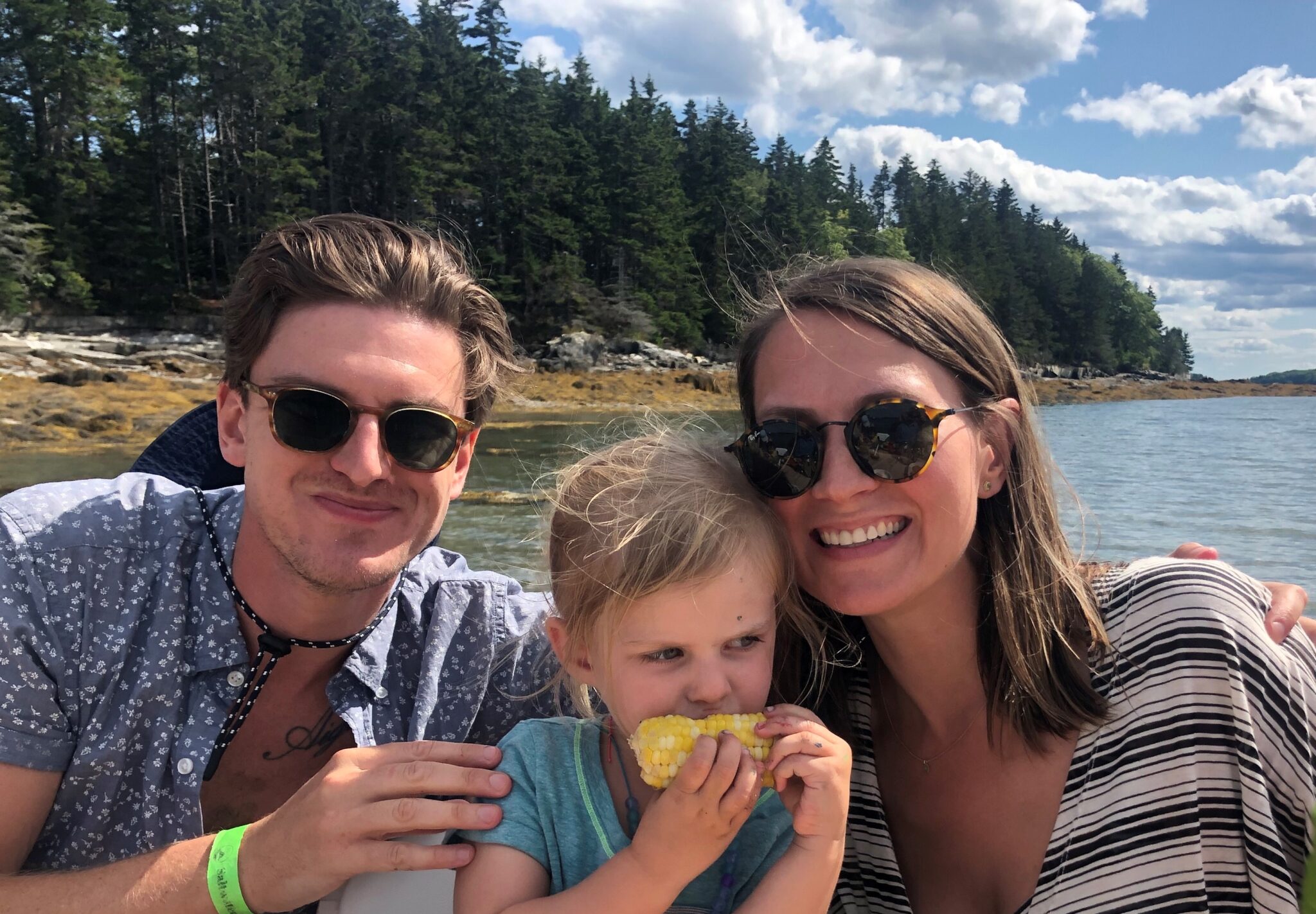 In My Words – Nova Tower

How did you find your way to MCHT’s Next Wave?

I had been in Portland for less than a month when I found my way to a trail along the water. I stood in a clearing looking out at the rocky coast and the islands of Casco Bay, and I actually said out loud to myself, “I am never leaving this place.” That was eleven years ago.

Those very islands brought me to Maine Coast Heritage Trust. When my friend Ned posted about an insane lobster bake on a sandbar between the Goslings Islands, I wanted to know what that was about. I went to my first Saltwater Shindig in 2019. Later, I became co-chair of the Next Wave, a group of young MCHT donors.

What do you like about being part of this group?

I love hanging out with other Next Wavers at events like the Shindig, but that’s not what pulls me deeper into the organization. Rather, it’s the work we do at MCHT. Every meeting I attend, I come away with more respect and admiration for the people and work of this organization.

What parts of our work do you find most inspiring?

Four things come to mind: the way MCHT kept the coast open through COVID-19, the way this group reimagined the Saltwater Shindig in 2020, how we’re engaging with issues of racial injustice through stewardship of Malaga Island Preserve, and the ongoing work to mitigate the negative impacts of climate change on the coast.

Keeping the coast open through COVID-19

When COVID hit, it was all doom and gloom and panic. It felt like the world was closed—even the beaches where I often bring my kids. I hadn’t realized how many of those places were state parks. I felt so grateful that MCHT preserves and other land trust preserves were open. I liked to think about all of MCHT’s preserves up and down the coast, and the people in those communities being able to get outside during such a tough time.

Before I connected with MCHT, I honestly didn’t think much about who conserves the land I have access to, and who takes care of the trails. I took it for granted. Now that I understand all that goes in to conserving places for public access, I’m so grateful. And it feels good to give to protect places on the coast and make sure people have places to go to walk their dog or let their kids play and run around.

“Now that I understand all that goes in to conserving places for public access, I’m so grateful.”

When it became clear that the typical Saltwater Shindig event—the lobster bake on the Goslings—wasn’t going to work this year, the staff at MCHT got inventive. They found a way to put together a reimagined Shindig, where people could order clambakes and lobster rolls through Portland’s Eventide and beer from Maine Beer Company and create their own unique experience on the coast.

It might seem like kind of a small thing, but it’s not. I’m finding that this is the spirit of MCHT. COVID wasn’t going to stop us—we were going to find a different and safe way to do things. That spirit of creativity, that value of helping people get outside on the coast—I appreciate it so much.

To create our own Shindig, my family coordinated with friends and met up on Lower Goose Island. We had our clambakes on the beach out there and camped out. It wasn’t the fully curated event, but it was just as wonderful in its own way. If MCHT hadn’t pulled the reimagined Shindig together, I can honestly say that we wouldn’t have made that happen.

Engaging with issues of racial injustice

Lately I’ve been consumed by issues of racial injustice and the Black Lives Matter movement. I’ve been really moved, devastated, undone by what I’m learning, and I’ve been thinking a lot of white privilege and fragility. How can Maine do better? How can I contribute to positive change?

Over the past several months, I’ve been excited to hear about MCHT’s commitment to grappling with these issues and their investment in a Diversity, Equity, Inclusion, and Justice committee. I also learned that MCHT has done a lot of work to date to establish relationships with various groups  in Maine, including Black and Indigenous communities, and that we’re working together to improve access to land for everyone.

In particular, I was interested to hear about our work on Malaga Island Preserve. This island was once home to a mixed-race fishing community forcibly removed by the state in the early 20th century. Since conserving the island in 2001, MCHT has worked with descendants of islanders, historians, educators, archeologists, artists, and others to make sure people are aware of this story.

MCHT stewards have brought school groups out there, and organized or supported events on the island. They’ve put up panels on and off the island to educate people, commissioned histories, and installed markers on the island to commemorate the families who once lived there, who were kicked off the land they called home.

“COVID wasn’t going to stop us—we were going to find a different and safe way to do things. That spirit of creativity, that value of helping people get outside on the coast—I appreciate it so much.”

One thing that continually impresses me about MCHT is how we’re not just looking ahead to a year from now, but rather decades from now. The climate is changing, and this is impacting our coast in all kinds of ways. Quickly rising seas are going to dramatically change the shape of our coastline.

For all these reasons, MCHT isn’t just looking to conserve what’s currently oceanfront. We’re looking further inland to protect the future of the Maine coast. In particular, we’re looking at marshes, and conserving land in ways to ensure salt marshes can reestablish themselves as sea levels rise.

I love to hear MCHT staff talk about this work. They’re not just experts—they’re actually passionate about what they do. This is their life’s work. And that passion is contagious.