In Memory of Les Hyde

On October 23 Maine Coast Heritage Trust land steward Amanda Devine and a strong-backed crew completed the installation of a granite bench on Clark Island Preserve. The bench is in memory of passionate conservation advocate and dear friend to MCHT, Les Hyde, who passed away in December of 2017.

This 600lb piece of granite was always destined to be a bench for Les, at least for the last two and half years since it was first removed from Clark Island and held in storage at Brooks Monuments. Initially intended as a memorial on High Island (another Les project) it found its way back to Clark. 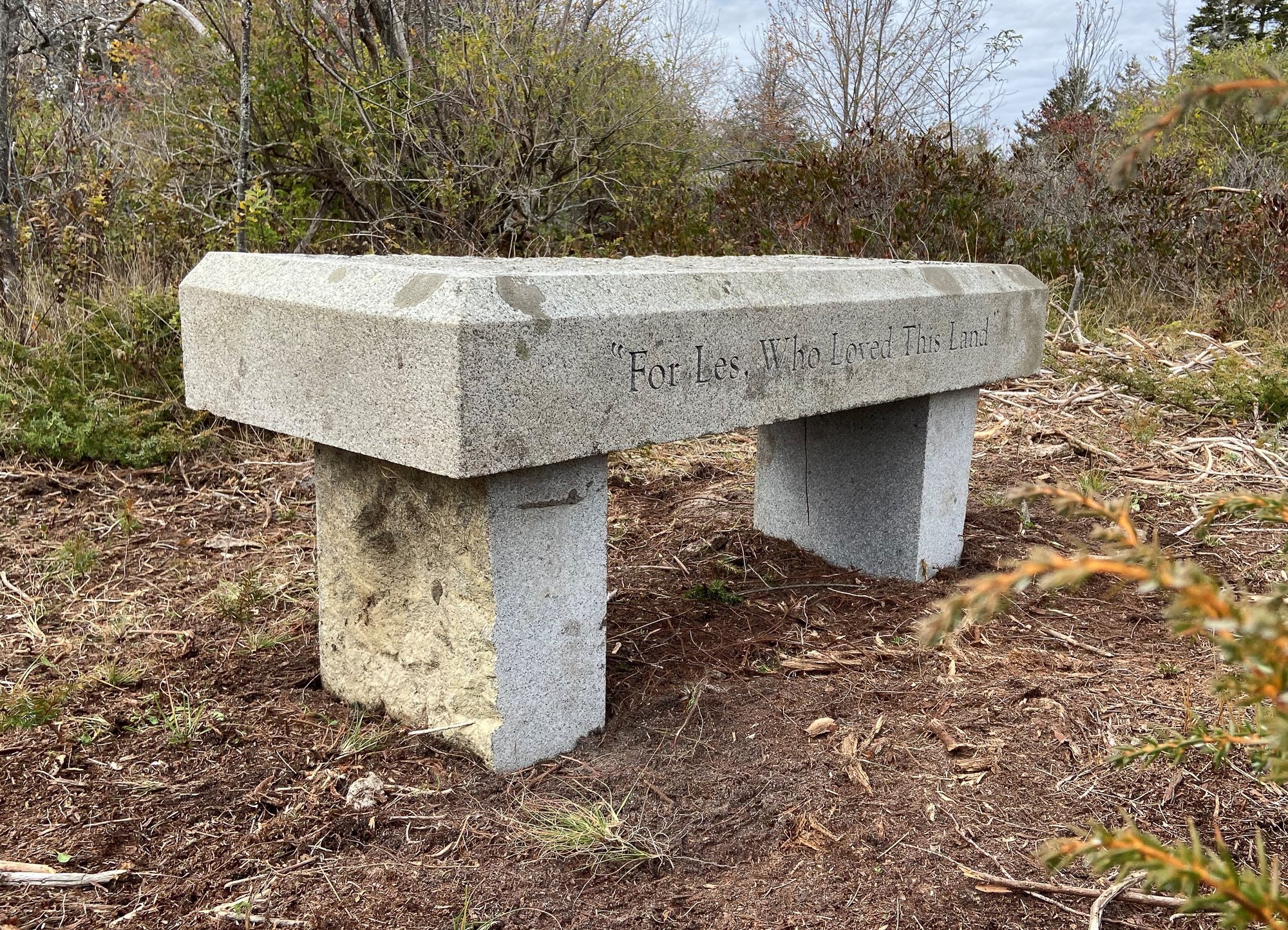 It’s a fitting end for this traveling stone. It is also a fitting tribute to Les, whose final marching orders to Amanda and MCHT were to get Clark “done,” a task which was tirelessly and diligently completed this year.

This bench, funded by an anonymous donor, is not the only memorial to Les in the region. As a founding member of the Georges River Land Trust, they too honored his memory with a bench at the St. George Library and an adjacent rededicated Les Hyde Memorial Trail.

While these tributes help to keep the memory of Les in the hearts of those who knew him, the true impact of his life and conservation work will surely be felt for many generations to come.

MCHT’s board chair Tom Armstrong offers a note of thanks to Tim Glidden upon his retirement.

Meeting People Where They Are

MCHT is teaming up with partners in the Midcoast to provide food grown on conserved land for share tables at community centers like libraries, churches, and doctors offices.