Looking for mushrooms in the woods a few days after a good downpour can be very rewarding, especially if the rains are sizable (> 1 in). Recently I have found myself on the nature trail by my local library in Tenants Harbor looking to see what mushrooms popped up after the September rains. I have not been disappointed.

Not 100 steps into my first mushroom exploration of the season did I crossed paths with one of my favorite mushrooms—the Destroying Angel (Amanita virosa). Without thinking I let out a loud “Yes! Yes! Yes!” because finding these angels is always a cause for celebration. Yes, Destroying Angels are a perfect mushroom for several reasons.

First, they are aesthetically pleasing in a ghostly sort of way. A tall, pure white mushroom with a smooth cap and a delicate veil around its stalk (stipe) calls for attention along any trail.

“Mycorrhizal mushrooms can be deadly, delicious, and the entire spectrum between.”

Secondly, they are deadliest mushroom in the northeast (looks that kill). Destroying Angels are the pride and joy of the famously poisonous Amanita family (Amanitacae) and between them and their western cousin, the Death Cap, they account for 80% of all mushroom fatalities in North America.

So, when kids find an Angel and ask, “Will this mushroom kill me if I eat it?” (my favorite question on a mushroom hike, by the way) I give them a big smile and answer with a hearty, “Yes!” Then I delve into the four-day Amatoxin poisoning process that results in liver and kidney failure.

I won’t bore you with the gory details (you’re welcome), but I will say that most 5th graders like hearing about the poisoning while being disgusted at the same time. These Angels, and mushrooms in general, demand respect. It can be a matter of life and death. 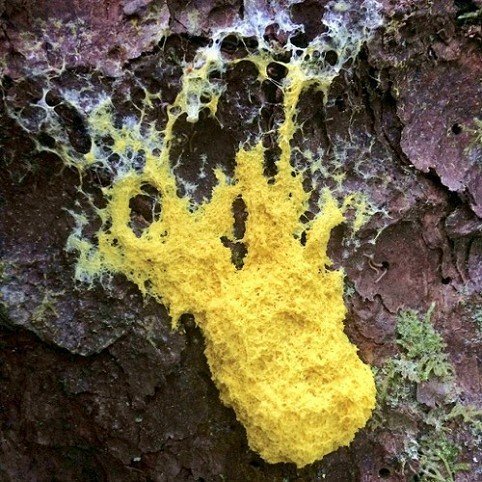 “Without each other, the tree and the fungus won’t grow well and often don’t grow at all.”

For all my excitement at finding this Angel it was not a surprise at all—I was looking for one there.  Last fall I went on a mushroom hike with the 3rd graders (this year’s 4th graders) from local Elementary school and a student named Russell found one in almost the exact spot.

All Amanitas have a symbiotic relationship—known as mycorrhizal—with trees. To oversimply things, in a mycorrhizal relationship a fungus in the ground gives a tree phosphorus, nitrogen, and other essential micronutrients while the tree gives the fungus sugars they create during photosynthesis. Without each other, the tree and the fungus won’t grow well and often don’t grow at all. This relationship starts from the sprouting of a tree and is so tight-knit that it’s impossible to tell where the tree roots end and the fungus begins.

As for the nature trail Destroying Angels, if the trees in that spot are alive the fungi in the ground will keep pumping out mushrooms to spread their spores. In other words, we can count on Destroying Angels for years to come along that stretch of trail. There’s a lot going on with Amanitas in the woods and their relationship with trees demands appreciation. Unless you are someone who doesn’t like trees… then I don’t know what to say.

The Angel was the big fungal find that day. (Scrambled Egg Slime – see above –was the big slime find, but slime molds are a story for another edition!) On my visits to the nature trail since, more mycorrhizal mushrooms such as Boletes and Russulas have been popping up, including this Scaber-stalk Bolete (see above) which my son, Leif, appreciated in a different way (with his belly). Mycorrhizal mushrooms can be deadly, delicious, and the entire spectrum between.

A version of this story originally appeared in Kirk’s “Nature Bummin’” column in The St. George Dragon in September 2017