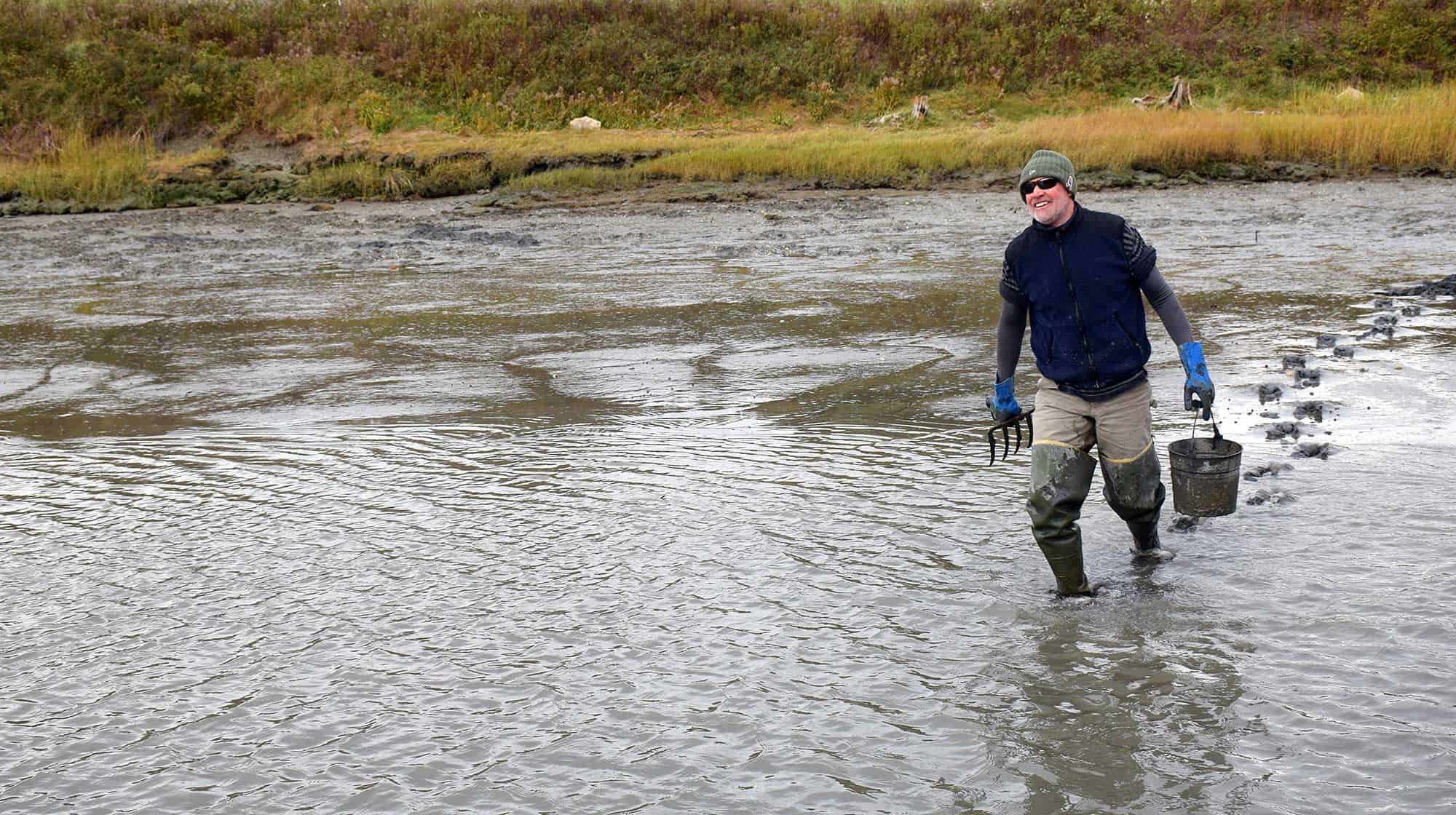 David Toothaker
Stories from the Coast >

Harvesters Step Up for Conservation

“I’m the old man in the mud now,” jokes David Toothaker, a Harpswell native and long-time Brunswick resident who started making a living clamming in the New Meadows River over 45 years ago. Back then, Woodward Cove was surrounded by pasture, with far more cows than homes dotting the waterfront. For that reason clammers called the Cove “The Bullpen”—and still do despite all the development that’s taken place there over the past decades.

“Nice people used to let the fishermen use their property,” says Toothaker, “but they got priced out, and a lot of the people who came in wanted their privacy. They cut off access. Back when I started, there were 15 or so places where clammers could access flats in Brunswick,” he says. “Now, there are just a few.”

Brian Toothaker, George Toothaker’s son and business partner, at work in The Bullpen.

“If this land gets developed and another access site gets cut off, we’re in trouble.”

Not far from where Toothaker started his now successful, multi-generational business (his son works alongside him these days) another business is getting its start. Dana Morse and John Swenson of NICE Oyster Company began growing oysters in the New Meadows River, a stone’s throw from the Woodward Point property, back in 2014. “This is a great watershed to grow shellfish,” says Morse, “but the water quality is critical, and if this property gets developed there’s the risk that it will go downhill.” 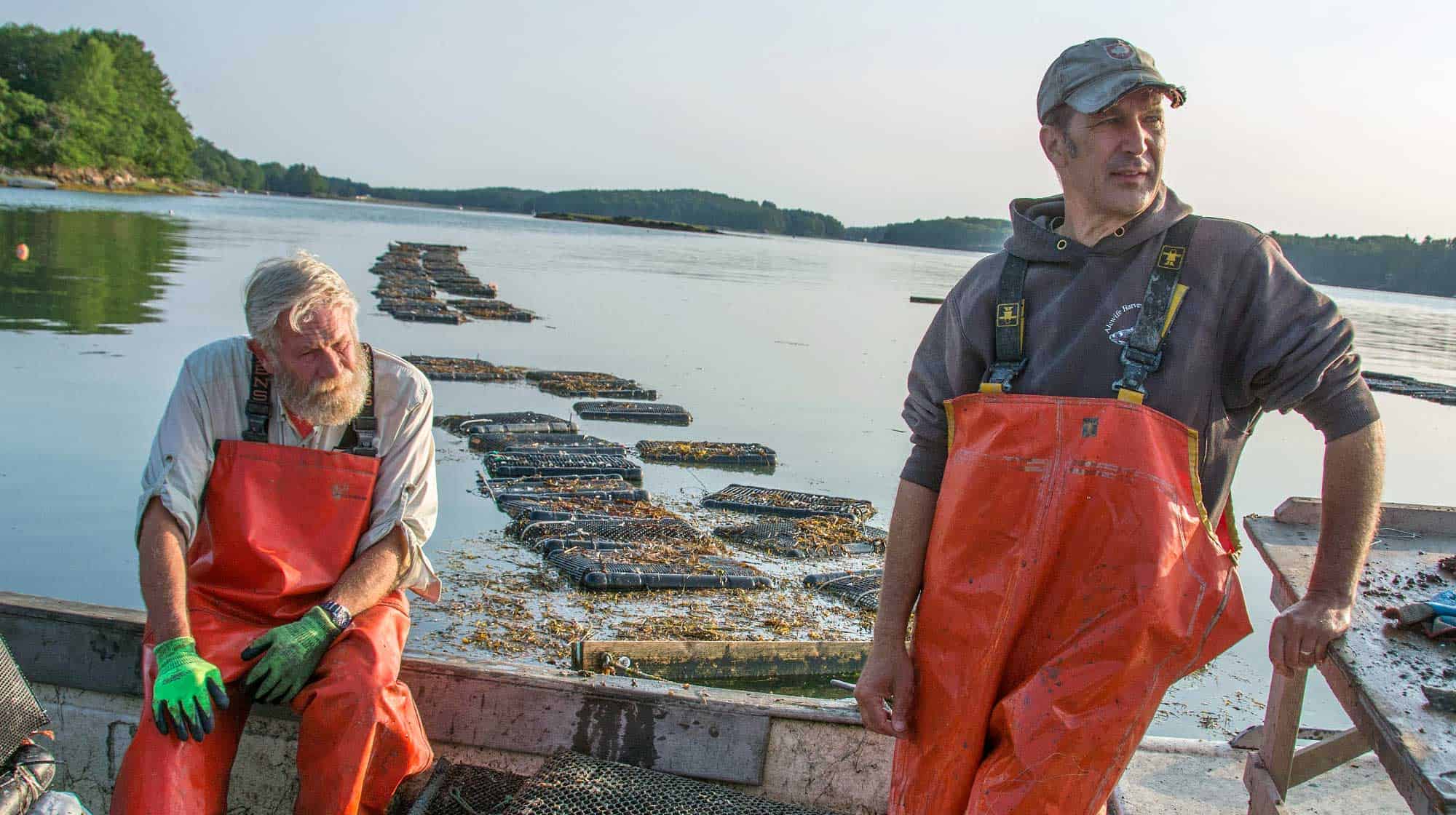 Almost 10% of statewide shellfish landings come from the New Meadows River, which also supports one of the fastest-growing shellfish aquaculture industries in the State of Maine. There are now seventeen aquaculture leases and licenses ranging from a few hundred to a few thousand feet from Woodward Point.

“This is a great watershed to grow shellfish, but the water quality is critical, and if this property gets developed there’s the risk that it will go downhill.”

In late 2017, the state’s Land for Maine’s Future program awarded $400,000 to the Woodward Point project; in the summer of 2018, U.S. Fish and Wildlife granted another $560,000. These public grants along with private foundation grants and individual gifts have gone a long way towards the $3.5 million needed to conserve the property, but there’s still about $550,000 left to raise (which will then be matched one-to-one to secure the $1,100,000 remaining) before the spring of 2019. 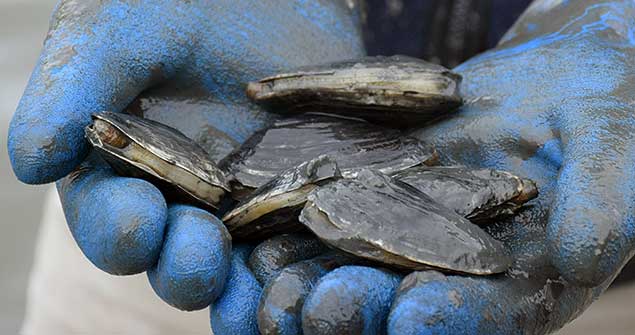 “If this land gets developed and another access site gets cut off, we’re in trouble,” says Toothaker. “Clammers have got to be able to get to work.” This fall, Toothaker made a generous gift towards the Woodward Point project. “This project is about access to the ocean for everybody. That’s a good cause. That’s worth everybody giving what they can.”