Life and death are constant on any farm, and it’s no different at MCHT’s Aldermere Farm Preserve in Rockport, a bucolic stretch of conserved land home to a working cattle farm and educational center.

Every year at Aldermere some 25 cows give birth to baby Belted Galloways. And while most births happen without a glitch, inevitably there’s a close call or two every year. 2019 was no exception. One baby arrived on the coldest of January nights, dripping with icicles. Staff covered him in a blanket and hat and he made through till morning to enjoy sunshine and blue skies.

But the best story of 2019—or at least the best so far—involves a wandering mama, a calf born in a spring snowstorm, and what turned into a community-wide search for a mystery man.

Like a lot of other animals, if left to their own devices, mama Belties will wander away from the rest of the herd when it’s time to give birth. Outcomes are better, however, when Belties give birth in the barnyard, so Aldermere’s herd managers will coral them ahead of their due date.

But sometimes calving starts earlier than anyone expects. That’s what happened on a stormy Monday morning in April.

A knock on the door

After morning chores, staff were gathered in the farmhouse for a weekly check-in when they heard an unexpected knock at the door.

Aldermere Farm’s Outreach and Office Manager Joelle Albury answered it, and encountered a tall, blonde man in his 30s or 40s reporting seeing a newborn calf in the pasture.

The wind was whipping, the snow was flying, and staff quickly mobilized to locate the mother and baby. They found the cow and wet calf near the water’s edge, in the pasture abutting the Seaview Cemetery, and ushered them to safety and shelter in the barnyard.

Thankfully, it looked like the Belties would be just fine. With a potential crisis averted, attention turned back to the man who had saved the day. Did anyone catch his name?

It turns out they hadn’t. The staff wanted to extend their gratitude and let him know mother and baby were doing okay.

Heidi shared the story on Facebook, asking people to spread the word, hoping to track down the good Samaritan and offer thanks. No word for days.

Then, the PenBay Pilot published the story. (Thank you, PenBay Pilot!) Word reached Andy Severson, 41, of Waldoboro—the folks from Aldermere Farm were looking for him!

Andy says he was driving back from Union Farm Equipment to work near Aldermere Farm when he glanced across Seaview Cemetery. Something caught his eye—a cow and what looked like a newborn calf in the field.

Severson’s father is a farmer, and he has been around animals his whole life. He knew they needed shelter.

“A calf died in similar circumstances at my father’s farm earlier this year,” says Severson. He saw that the snow was picking up. “I knew it was the right thing to do to let them know.”

There’s no question Andy did the right thing. As Heidi says, “This is such a classic Aldermere Farm story of someone from the community pitching in to help.”

Andy returns to the farm

That Friday, Andy returned to the farm to meet the baby Beltie. The following week, he brought his wife Hilary and sons Jacoby and Kasen and the four of them helped pick the baby’s name. They decided to call her Gratefull (that’s with two l’s, in keeping with the naming rules).

Grateful, indeed. We feel that way all the time at Aldermere Farm, surrounded by a community of people who help us look after this special herd. 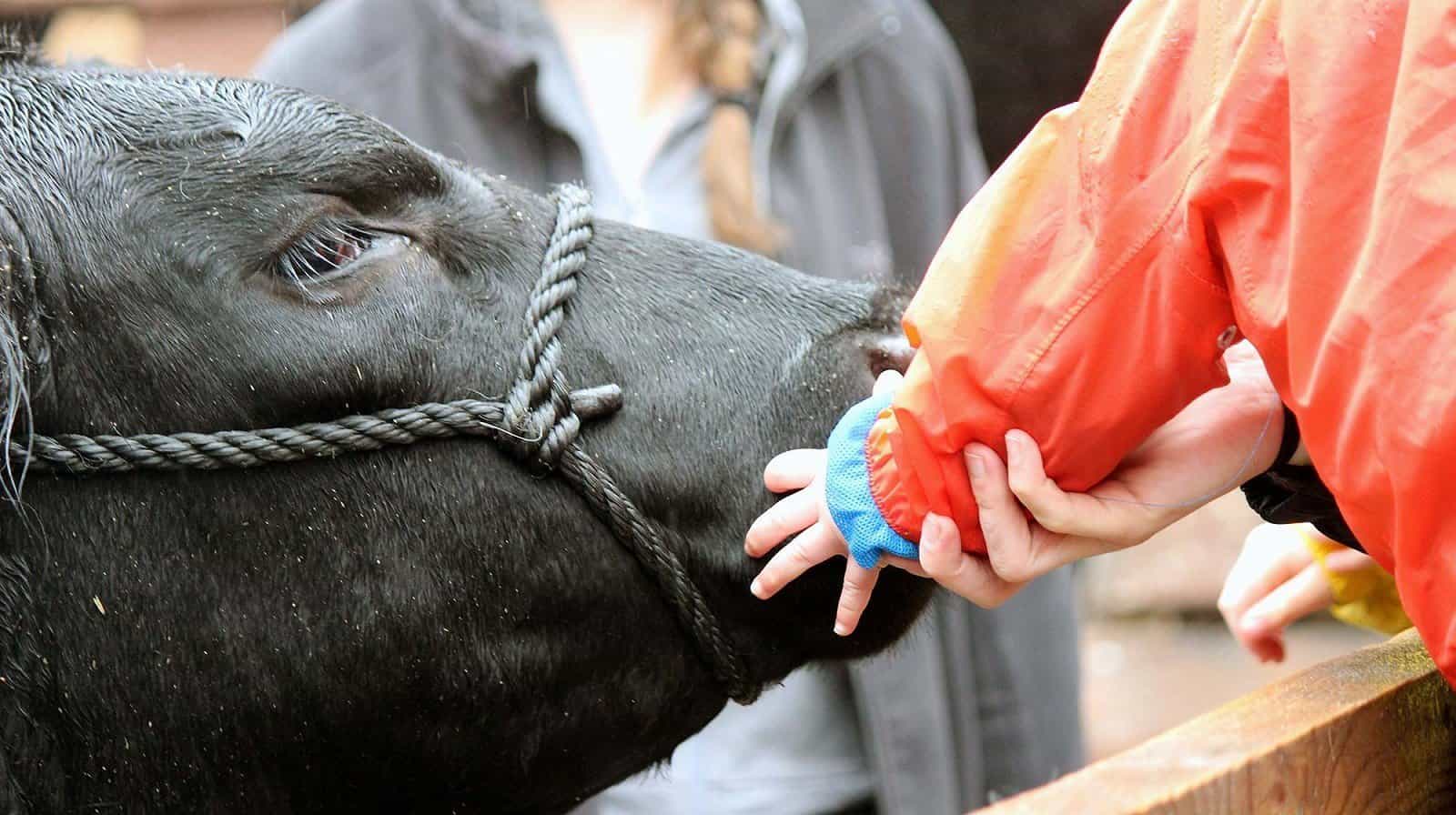 Every year, MCHT hosts Calf Unveiling Day at Aldermere Farm, giving you the chance to meet the baby Belties!

MCHT’s board chair Tom Armstrong offers a note of thanks to Tim Glidden upon his retirement.

Meeting People Where They Are

MCHT is teaming up with partners in the Midcoast to provide food grown on conserved land for share tables at community centers like libraries, churches, and doctors offices.