Ellie, a two-year-old Belted Galloway from Aldermere Farm Preserve, can be headstrong. Quite literally.

About a year ago, Adam Eaton, the 4-H Club member who had raised Ellie from babyhood, found her with her head stuck between two slats in a fence. The only way to get her unstuck was to saw off the fence. (Thankfully, she can be just as still and calm as headstrong.)

Then, one lovely day this fall, Aldermere staff found Ellie caught on a fence. 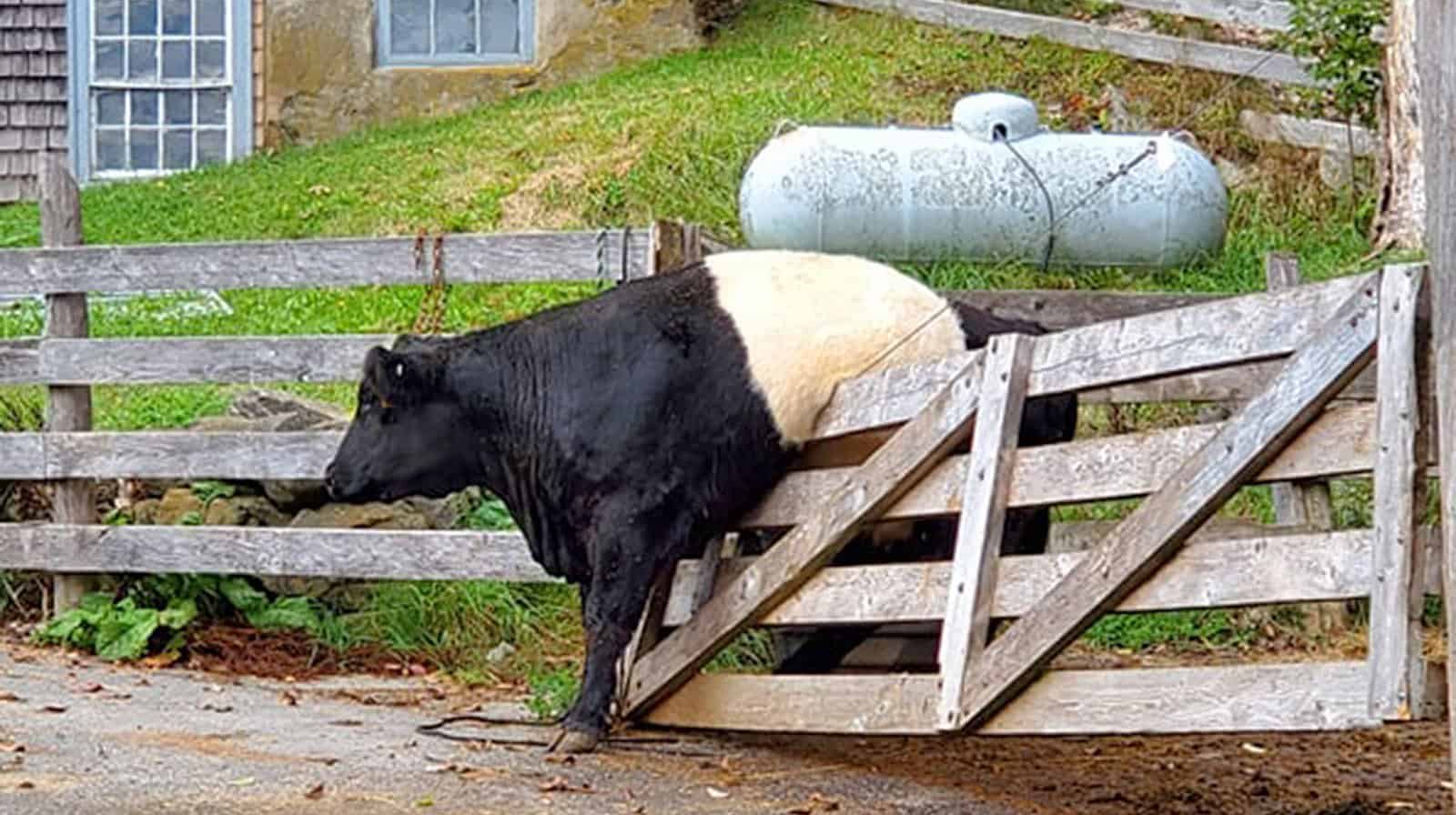 Well, Heidi Baker, Aldermere Farm’s General Manager, suspects she was on a mission to track down Cooper, the bull she’d spent the summer with.

“We were taking photos of him across the street, and she tried to jump over the fence—presumably to find out where the heck he went,” says Heidi.

It took three people to get her safely off the fence, and she was unharmed. 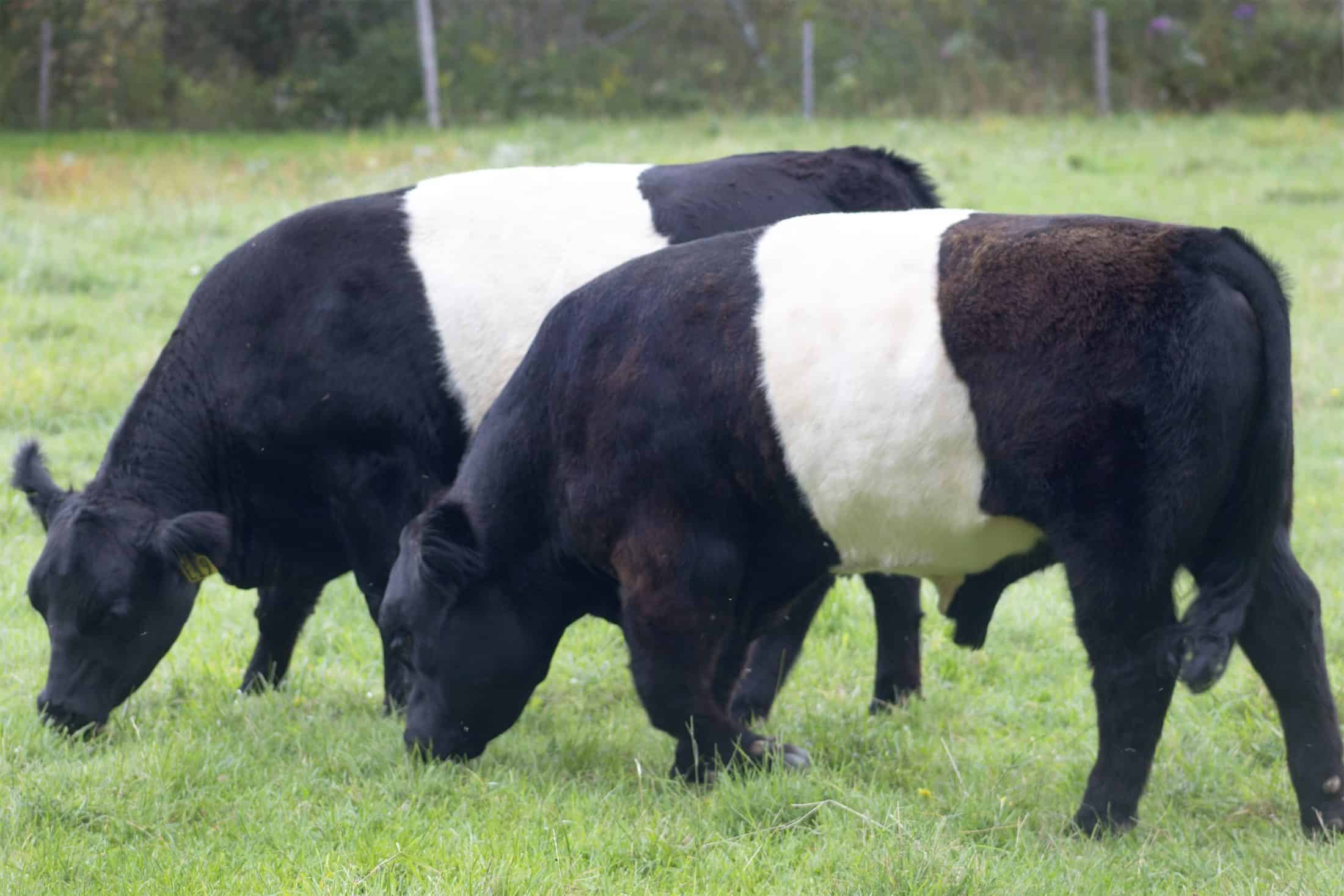 Ellie and Cooper, together again

Feeling sorry for Ellie, they walked her across the street to join her buddy Cooper, and the two of them hung out together in the pasture for the remainder of the afternoon.