Veronica Kaluta is one of seven members of MCHT's Teen Ag Program at Erickson Fields Preserve.
Stories from the Coast >

Farming from Tanzania to Maine

Over two years ago Veronica Kaluta and her family moved to Maine from the refugee camp in Tanzania where she was born and where, as Veronica grew older, every day after school she would help her mother and some of her older siblings tend the family’s garden.

“I knew a lot about weeding, thinning—I’d done all that stuff,” says Veronica, which was in part why her friend and mentor, Brenda Squibb, thought she might enjoy a summer job on the Teen Ag Crew at Maine Coast Heritage Trust’s Erickson Fields Preserve in Rockport. At this preserve, teens from the surrounding community work as gardeners, growing food for the nearby school, local businesses, and hunger relief agencies in Knox and Hancock counties.

“We did some trips to the pantries and we saw some people come in to get the food. I made those people happy. I felt really good that I was doing it.”

“The climate in Maine is different from Tanzania’s, and we do things differently here,” Veronica says. “I would ask, why are we doing this? I never used row covers, I never used fertilizers before. I learned a lot this summer.” And beyond farming techniques, Veronica learned many new English words. At the end of the work day, she would write down words she didn’t know and look them up at home.

One word Veronica learned recently is “ambivert”— a person who is in between an introvert and extrovert. Generally, this word applies to Veronica, but at Erickson Fields, she says she was “more of an extrovert, because people were very open to me. All the kids working here, all the kids my age, they’re not fooling around. They’re acting like adults. I like to work with people like that.” 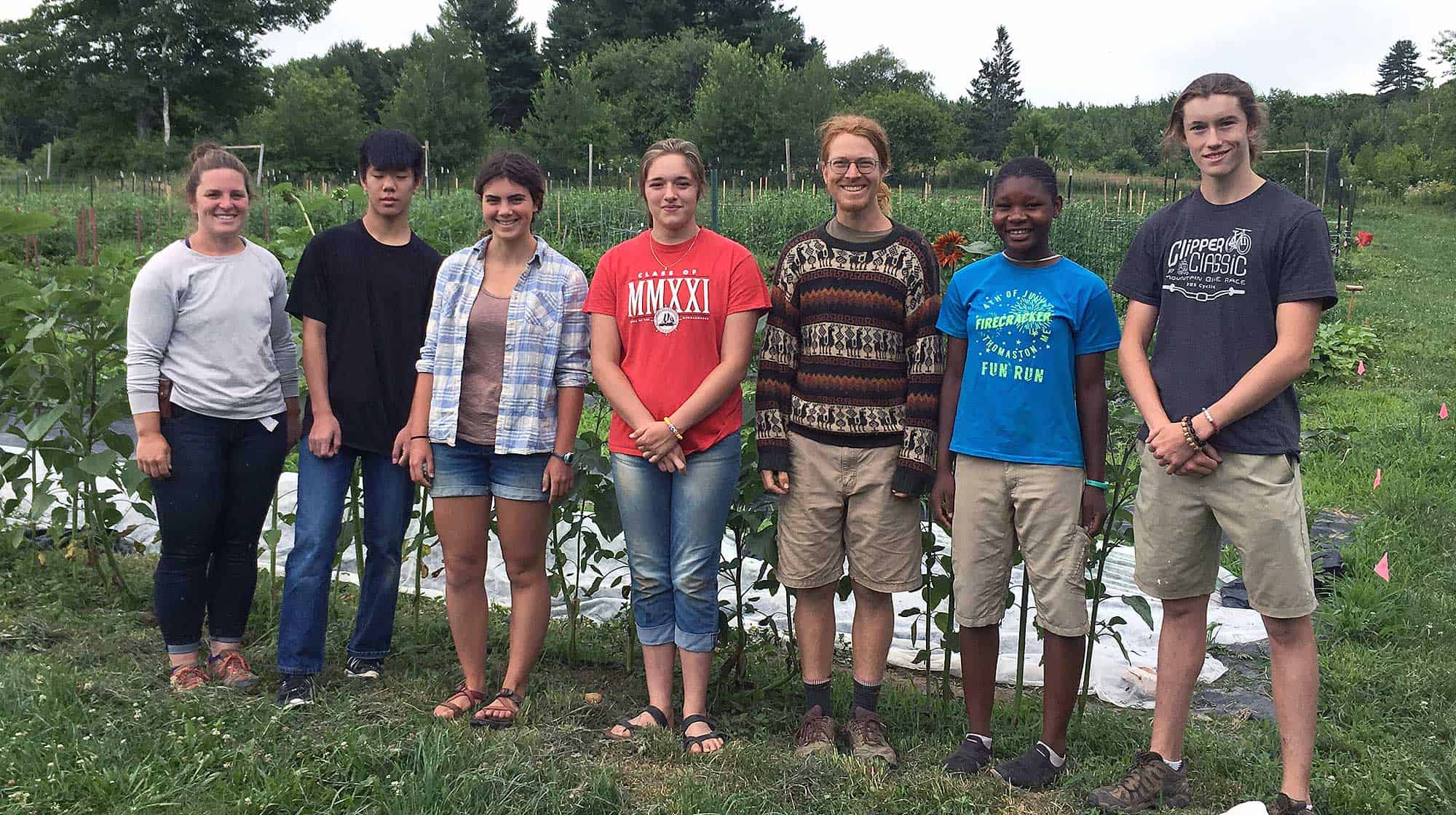 A staff member, apprentice, and members of the Teen Ag Crew.

“Maine is a state with so much nature, a quiet and peaceful place.”

Veronica also liked knowing that the food she helped grow was going to food relief agencies in Knox County. “We did some trips to the pantries and we saw some people come in to get the food,” she says. “I made those people happy. I felt really good that I was doing it.”

“I get a good feeling here,” says Veronica at the Harvest Gathering held at Erickson Fields on September 16. Behind her, picnic tables are covered in colorful dishes made from food grown feet away, and people strum guitars and sing.

She’s talking about this Maine Coast Heritage Trust preserve in particular, but she goes on to say the feeling applies to the state in general. “Anything I would do in Maine, I don’t think I would have a bad feeling about it,” she says. “Maine is a state with so much nature, a quiet and peaceful place.”