Clark Island in St. George is a true treasure. Officially, it’s one of the newer MCHT preserves, with its “grand opening” just happenin’ in late June to be vaguely exact.

As with most conservation projects, it took years of work and focus to conserve this land and open it to the public, so it’s hats off to all involved in making this happen. As a St. George community member, I couldn’t be happier for the increase in trail options open to the public. The quality of my life just increased.

As an observer I am excited for the year-round exploration opportunities the island provides. I am somewhat familiar with Clark as the island is part of my Christmas Bird Count territory and it also happens to be a great place to snowshoe. I’ve spent maybe a couple of days on the island over the last few winters, bird watching and tracking mostly.

Winter is my favorite season as a rule, and with river otter, porcupine, fisher, fox, and bobcat trails to follow on island, I have appreciated those off-season (so they say) jaunts on Clark. “Off” is always an exceptional season for learning, and with few people on the trails it just feels right. The “on” season tend to be busier, and I tend to opt to sit in my backyard instead. No complaints here.

All that has changed with new parking (shout out to Craignair Inn!) and MCHT opening the preserve to the public. From where I live in Tenants Harbor, biking to Clark is roughly a 30 minute semi-safe-feeling pedal on 131 and 73. It’s quickly become my favorite biking destination. 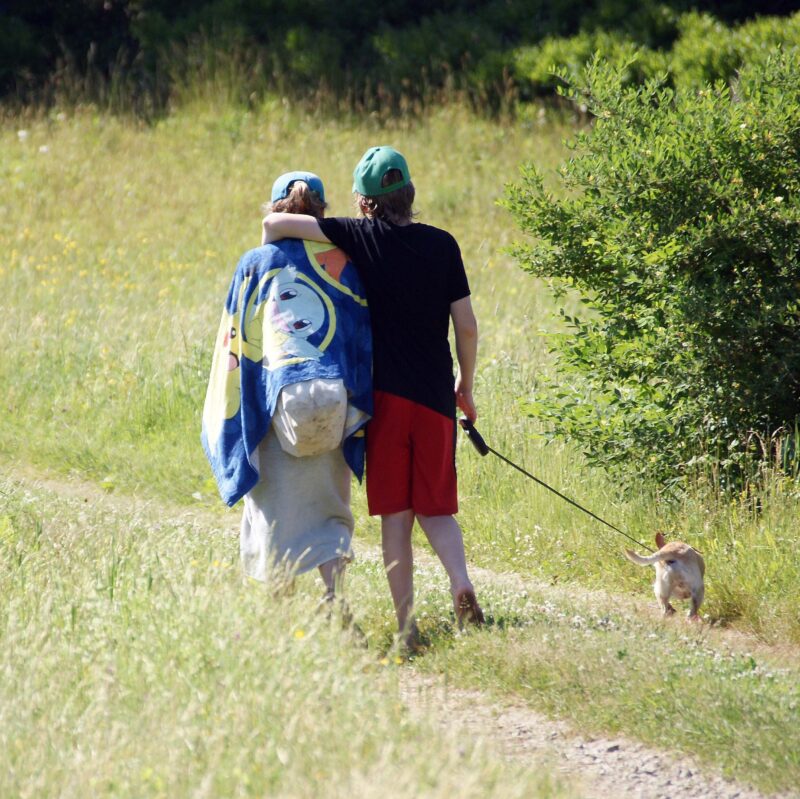 Weeks ago, I wrote a column about ox eye daisies, and how, for whatever reason, I’ve really been diggin’ them this year (and especially the critters found on them). Well, Clark Island is full of these daisies, and the first one I checked had a highly camouflaged female crab spider doing the ole’ “sit and wait” for nectar-loving prey. I always love the predators, but for the most part my summer visits have focused on one group of prey: Lepidopteras, which are butterflies, or day moths.

Before we even got to the lush meadows with the abundance of daisies, my son had a skipper land on his green, Red Claws baseball hat. Skippers (Family Hesperiidae) are a group of small butterflies, fast fliers that can be tricky to tell apart in the field or even with a good photo.

Skippers and harvesters (butterflies, that is)

The well-worn adult that landed on Leif’s clothes (see photo below) is most likely a variant form of a long dash (Polites mystic) or Peck’s skipper (P. peckius), but identification wasn’t important. The underlying message was that there were so many butterflies around that they used Leif as habitat. Gotta take that as a good sign. 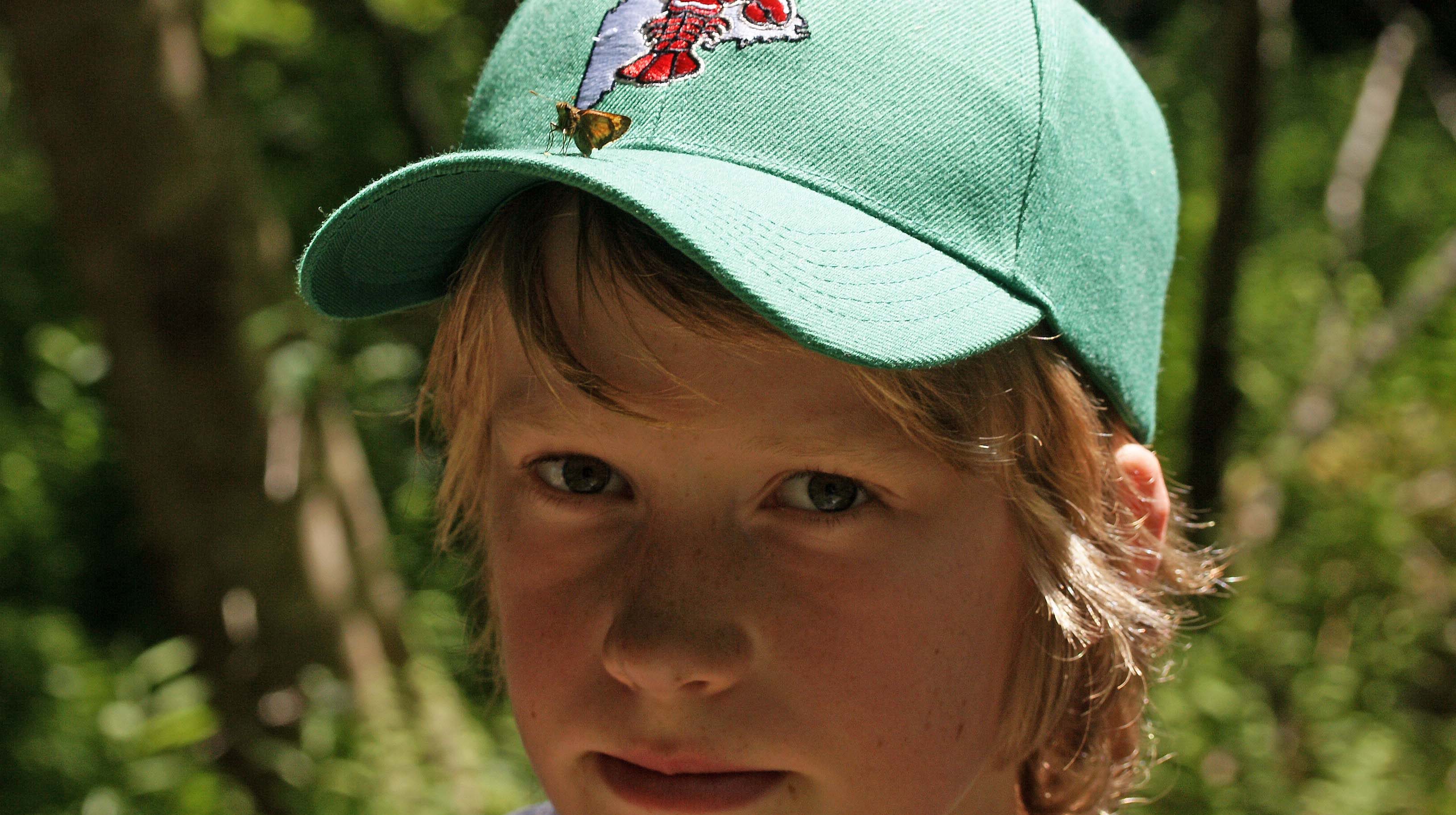 A skipper lands on the brim of Leif’s hat

In his book Butterflies through Binoculars: The East Glassberg writes, “Harvesters are our only butterflies with carnivorous caterpillars. The caterpillars feed on other insects (woolly aphids) rather than on plants. Adults can sometimes be found sunning themselves in woodland glades in the late afternoon. Usually quite rare and a good find, this species occasionally undergoes population irruptions. Its closest relatives live in Africa.”

To be honest, I don’t go around hoping to see certain species of butterflies. For the most part, my level of Lepidoptera appreciation is at a I’ll-see-what’s-out-there-and-take-what-I-get level, and I don’t see that ever changing. The harvester is the exception of course.

I read about the carnivorous caterpillars back in the ‘90s and have wanted to see one ever since. And there I was, face-to-face with an adult harvester on Clark Island opening weekend. The season was “on” for sure. (It was a “welcome” that we said, “thank you” for, to which they responded, “You’re welcome,” to which we said, “You already said that.”)

The “big guys” (butterflies, that is)

Now into early August, the butterfly numbers continue to be strong on Clark. No noticeable uptick in harvesters though (wouldn’t that be awesome). Instead, the island’s milkweed patches have become the recent focus of Lepidoptera activity. 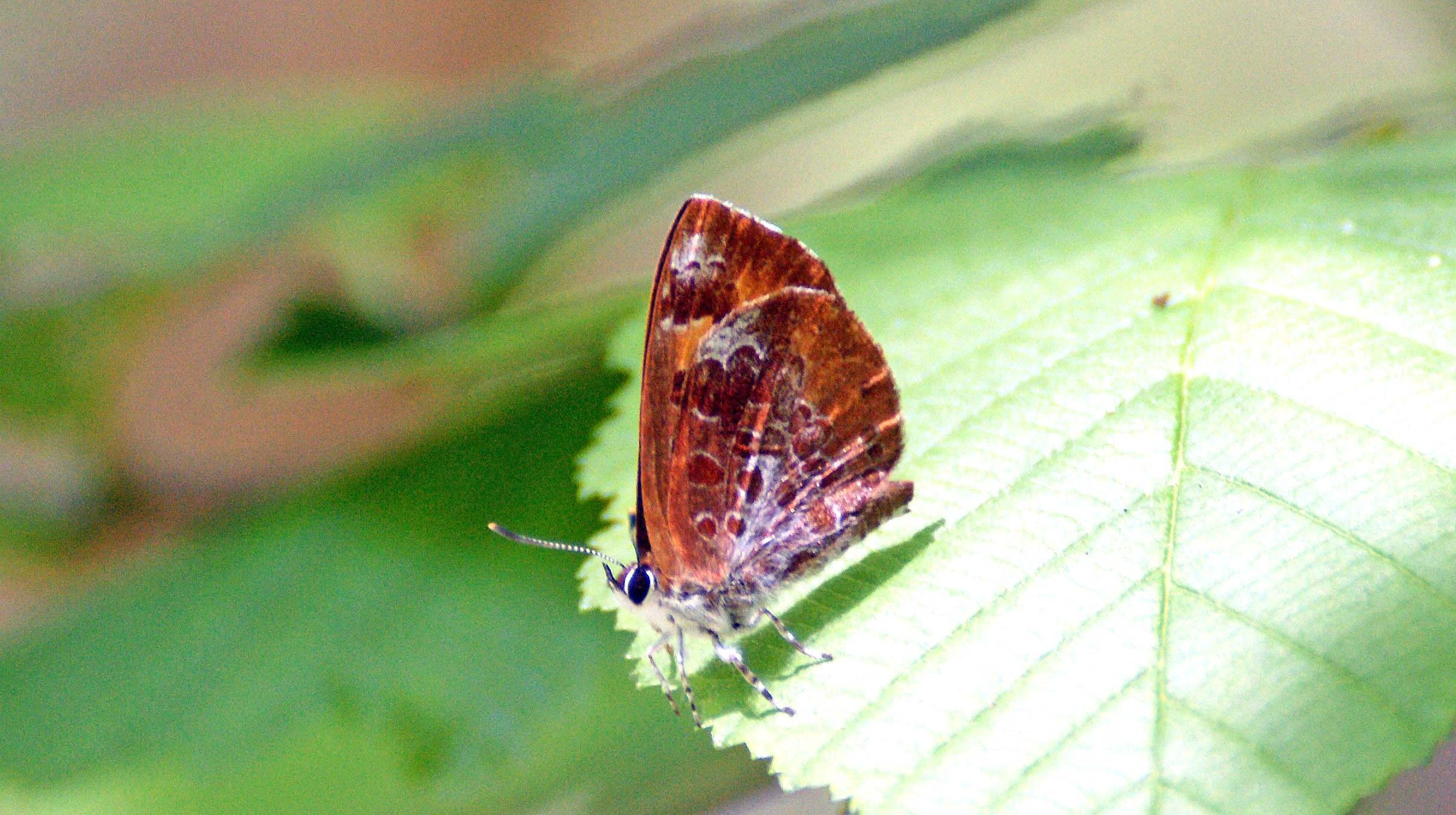 Following a tip from MCHT steward Amanda Devine, I paid a quick butterfly watching visit to one particular patch. Several great spangled fritillaries (Speyeria cybele), Atlantis Fritillaries (S. atlantis), a monarch (Danaus plexippus) and a tiger swallowtail (Papilio glaucus) were the “big guys” in the patch when compared to the smaller crescents and skippers, but they all put on a show.

The butterflies were in a trance-like state (is nectar a temptation the common butterfly can’t resist?) and paid no attention to me. Instead, the patch was a series of mini orange and yellow explosions, followed by aggression and chases, and ending with everyone drinking and snacking together, only to have things escalate and start over again. It made for an extremely entertaining session, I assure you.

And there you have it. The otters and fisher may be year-round on Clark Island, but it turns out butterflies are the focus of summertime visits. Or at least they are for the summer of 2020, so far.