After conserving numerous acres around Seal Cove Pond and Seal Cove over the past several decades, MCHT is now focusing attention on restoring fish passage in the brook that connects the two, which runs along and then under Route 102.
Stories from the Coast >

Every spring the alewife fish swims from open ocean waters up coastal rivers to inland lakes and ponds to deposit eggs, and, every fall, juveniles race back downstream. Historically, waterways from what is now Virginia up to the Maritimes swelled with these sea-run fish, which provided food for countless wildlife species as well as humans. Mount Desert Island was no exception.

Flash forward to today and the picture is different. Right now, there are just two places on the island where alewives make that annual pilgrimage, and, at one site—Seal Cove Pond in Tremont—their numbers are dwindling.

Their survival at this run is due, in part, to the effort of Acadia National Park’s former biologist Bruce Connery, who spent years tinkering with the waterway, even running alewives upstream with dip nets when necessary. Colleagues from the park, volunteers, and neighbors pitched in to help in this clunky, hopeful endeavor. 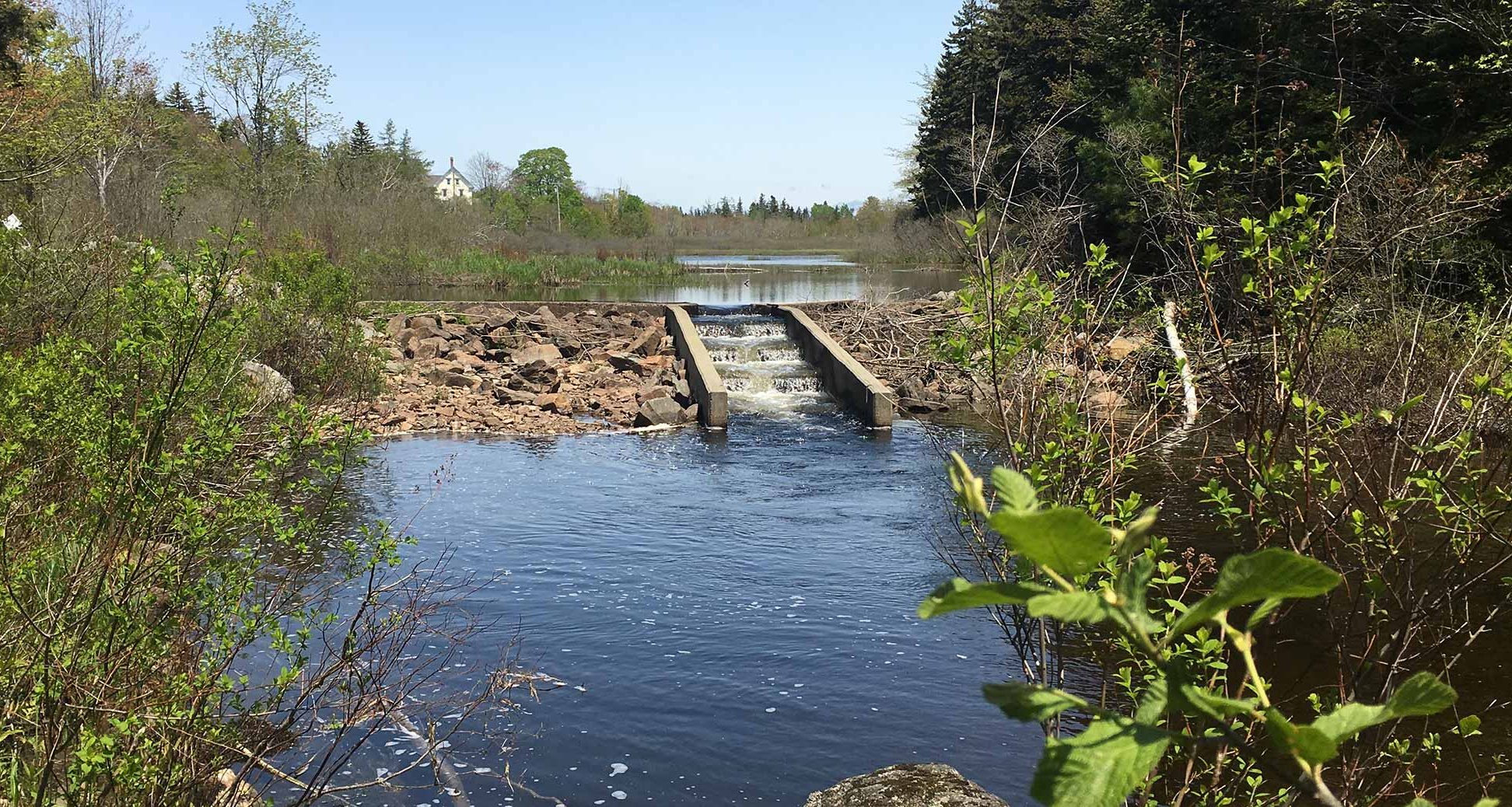 Why go to all this trouble? As Bruce puts it, “Alewives are a foundation fish for species we love—bald eagles, osprey, seals, stripers, mink, fishers.” When alewives are running, animals and other fish are eating, and the ecosystem is working the way it’s supposed to. The cultural and economic implications are significant as well. Alewives are a valuable source of bait, and their diminishing populations are impacting commercial fisheries and local livelihoods.

From Maine Coast Heritage Trust’s perspective, maintaining this critical link in the food chain is essential to maintaining the conservation value of the land we protect. In other words: what is the value of conserved land that doesn’t support life and livelihoods? In 2016, MCHT launched its Rivers Initiative—an effort to restore several key coastal rivers in eastern Maine. This codified a more expansive outlook on land conservation efforts to include river restoration work and got us thinking about our conservation work at Seal Cove Pond a little differently.

In the past decade, MCHT completed three successful land conservation projects on Seal Cove Pond resulting in permanent protection of nearly 100 acres, 1.5 miles of shore frontage, and a traditional boat access site. “It was clear to me that if we could restore fish passage between Seal Cove and Seal Cove Pond, we could significantly increase the value of the land we’ve already conserved along these shores,” says MDI project manager Misha Mytar. 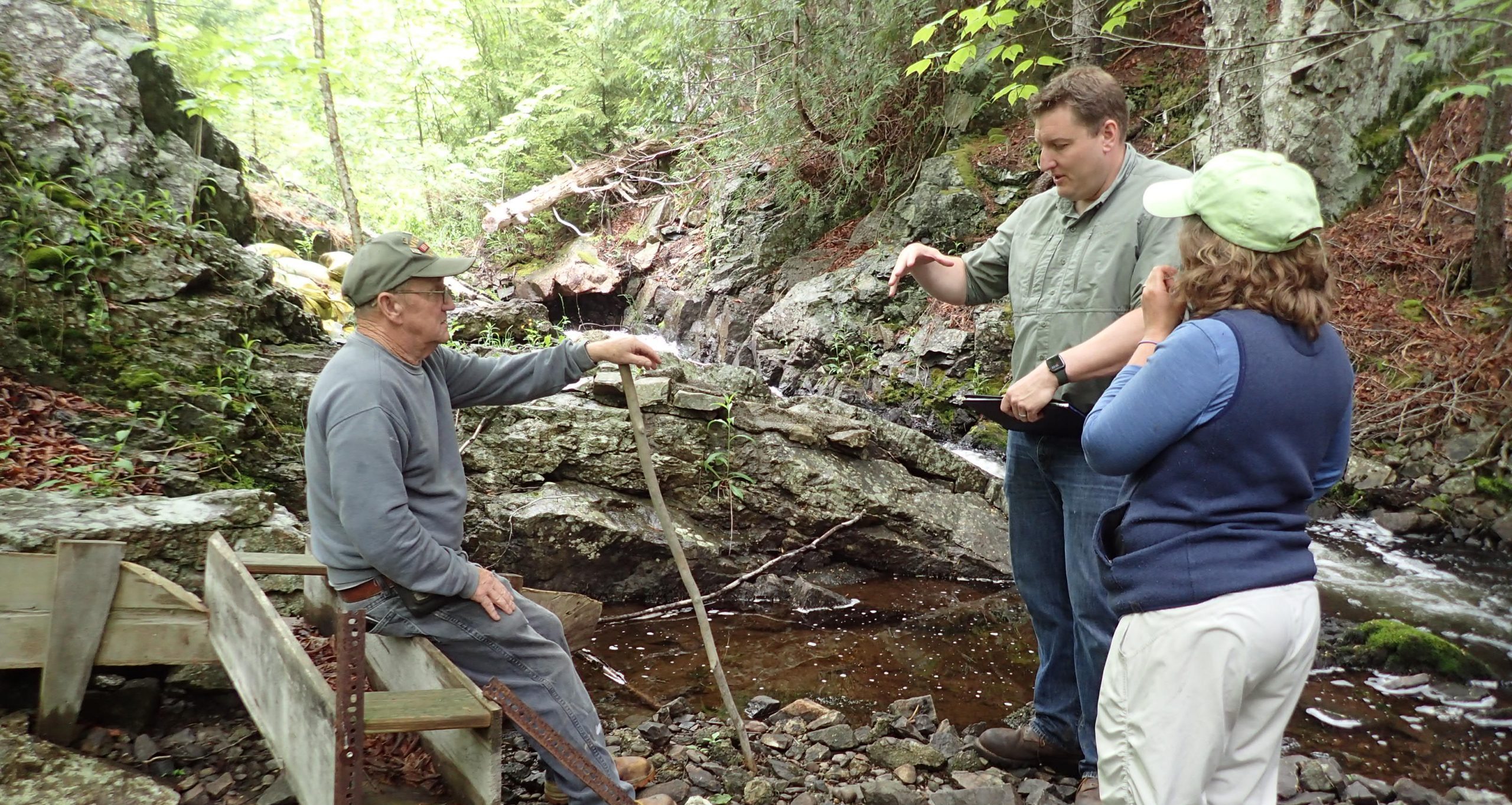 Over the past several years, Misha has been working with the Town of Tremont and a host of supporting organizations—including Acadia National Park—to develop plans to construct nature-like fishways at two sites along Seal Cove Brook. The first would be installed downstream, at the site of an old dam, and the second would reconstruct the fishway at the current dam.

Locals who know the place and problem intimately have been instrumental in helping MCHT and engineers design for success. One of those people is Norm Closson, who spent decades observing the changes in the brook and managed the fishways at the dams. “Each fishway is different. There’s no one-size-fits-all solution,” he says.

Now, MCHT is fundraising for a one-of-a-kind project to make improved fish passage at Seal Cove Pond a reality. Private donors have stepped up to support the effort and the project received $50,000 from the National Fish Passage Program, but we still have a way to go to restore this critical watershed. “What MCHT has done so far to improve fish passage in parts of Maine is amazing,” says Bruce Connery. “If successful, it will be this incredibly rich resource they brought back for the people of MDI.”

GIVE TO THE PROJECT