An Island for the Birds

In 1994, on a remote island called Jordan’s Delight in Greater Pleasant Bay, there was a flurry of activity.

There was also the sound of power tools and all-terrain vehicles hauling materials and equipment across the island. In the middle of nowhere, in the middle of bird nesting season, the island’s owner was building a 3,000-square-foot home.

“I’d written off Jordan’s Delight… I thought, ‘Well, we lost one.’”

It is difficult to overestimate the significance of Jordan’s Delight as a seabird nesting island, and the damage such construction can do. In a Portland Press Herald article written in April of 2001, Brad Allen of Maine Department of Inland Fisheries and Wildlife described the island as in the top one percent of bird nesting islands on the Maine coast. After the construction began, “I’d written off Jordan’s Delight,” said Allen. “I thought, ‘Well, we lost one.’”

In 2000, things turned around. The owner ceased construction and put the island up for sale. A family foundation bought Jordan’s Delight and donated 24 acres—90 percent of the island—to Maine Coast Heritage Trust with one condition: MCHT must take down the house. MCHT happily acquiesced and set about doing so with great care the following fall, after bird nesting season. Later, MCHT transferred the protected portion of the island into the care of U.S. Fish and Wildlife Service.

“You feel absolutely close to something that’s much bigger than you are, much bigger.” 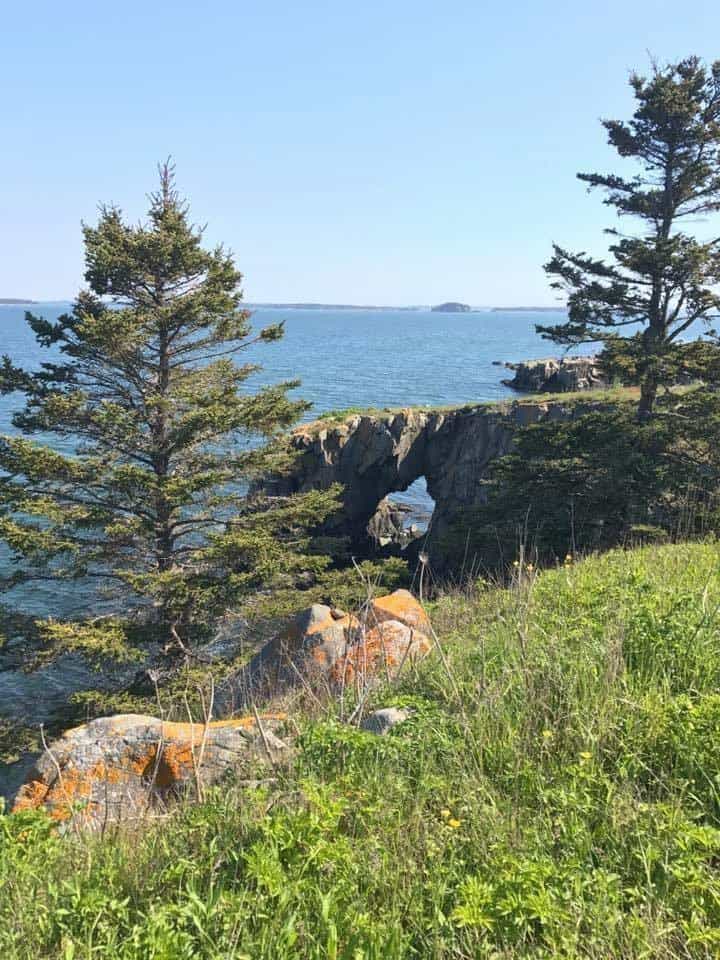 Seventeen years later, the story comes full circle. In November of 2017, the owner sold the final three acres of dramatic Jordan’s Delight Island to Maine Coast Heritage Trust at a bargain, eager to see it conserved in its entirety and empty of man-made structures. MCHT will now transfer the island to U.S.F.W.S., who will remove the small existing dilapidated cottage and manage the island for nesting birds.

In a “Living on Earth” radio segment from 2001, one of MCHT’s original supporters, Mary Rea, expressed her love for the wild nature of Jordan’s Delight, a place she’d visited often and marveled at throughout her life. She said, “You can say it’s lonely, it’s remote, it’s hard to get to, you can’t do anything once you’re here. But on the other hand … you feel absolutely close to something that’s much bigger than you are, much bigger. So it’s really a spiritual thing, I think.”

In the same segment Rea also said, “There are some islands that really are for the birds.”

Now, Jordan’s Delight Island will always be one of them.