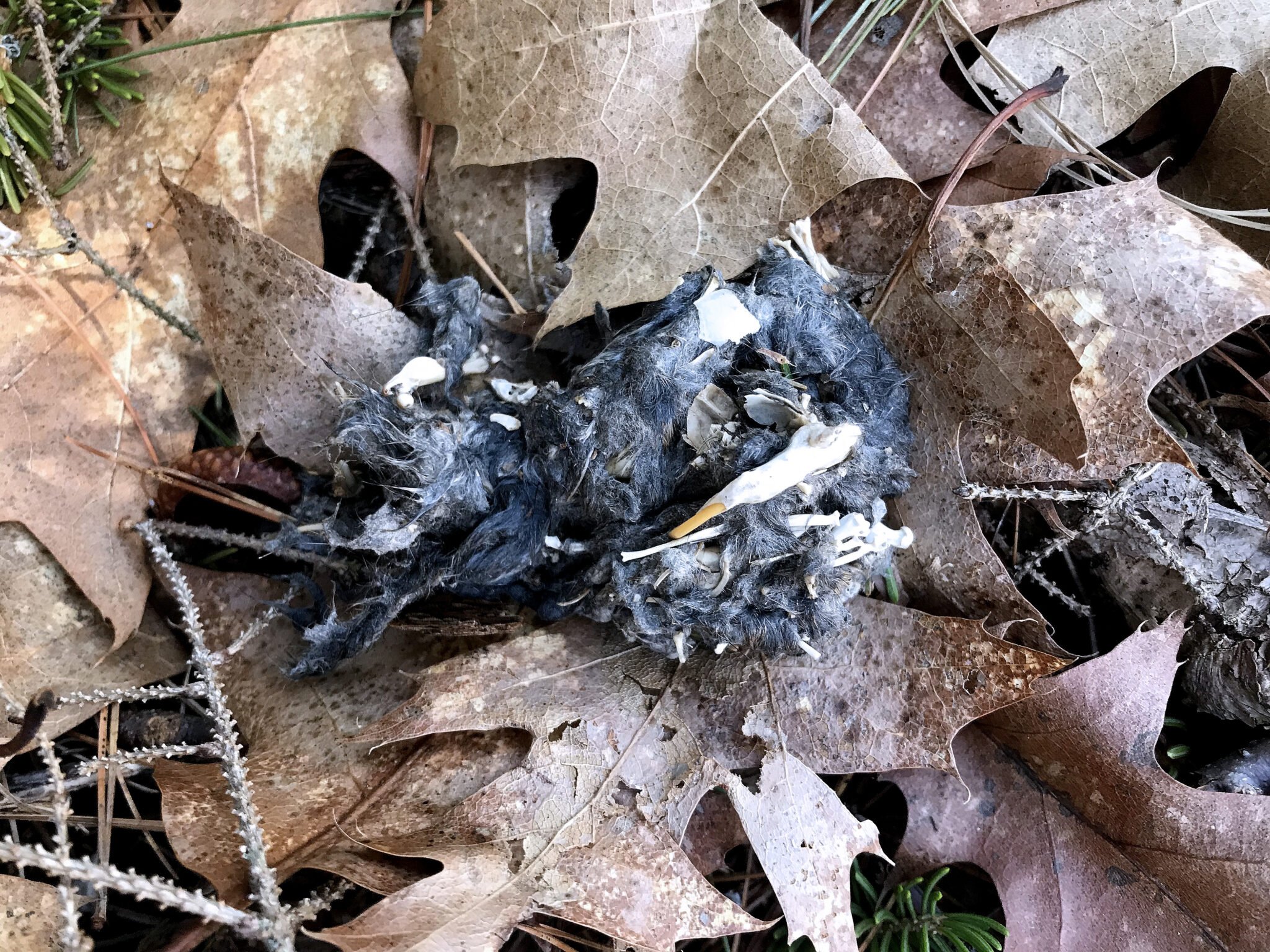 I have an Instagram account, had it for years in fact. (Don’t believe me? Feel free to check it out @baldurfurmar, I dare ya!). And on the Instagram account I post photos that I take (following me?), with most of said photos focusing on some aspect of nature. This probably isn’t surprising.

So just last week I posted photos of wood frog eggs, en masse, that were laid a week after the first big amphibian migration night, March 26. Like clockwork. Could I ever be so punctual?  I bet I could be if the lives of offspring were at stake.

Anyway… so I posted the photos included in this column, and a dear friend of mine said something along the lines of, “Yeah, it’s the time of year you post photos of frog eggs!” She was being nothing but nice and excited, but I jokingly replied with a, “Huh, am I that predictable? Maybe I’m in a rut…’.  She assured me that that wasn’t what she was saying, and I assured her that I was joking, and we remain friends to this day. 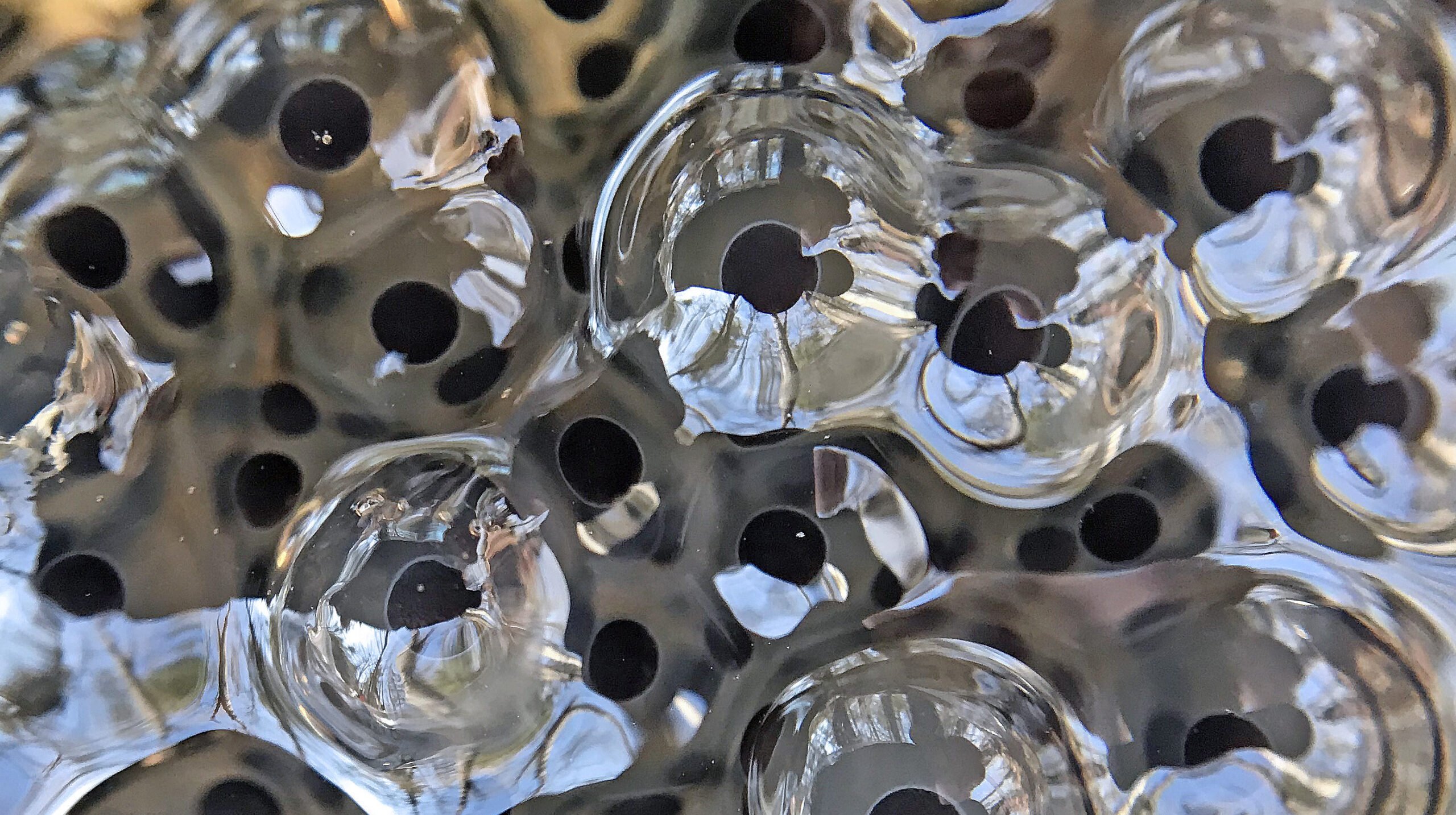 But the joke got me thinking about how observing nature can follow a repetitive path. Have my observations and posts gotten stale with this repetition? Not for me – which I think is key – but I will admit that much of what I post yearly are photos of the same species of butterflies and dragonflies in the summer, mushrooms in the fall, tracks in winter, and finally songbird migration and yes, amphibian egg masses in spring. Sure it’s a little repetitive, but these are things I can count on for entertainment each year. Entertainment rut? Let’s call it how we see it –a nature rut!

Do ruts have to be bad? A quick google search leads me to the definition of a rut as, “a habit or pattern of behavior that has become dull and unproductive but is hard to change.” I am not a fan of this one. With its negative connotation I do understand why you don’t often hear people saying, “Yeah, I’m in a great rut,” even though I am fond of saying that.  I also stumbled upon the definition of a rut as, “a groove in which something rungs.” That’s the one I am going with, the groove one.

Repetition does not necessarily equal a rut, and ruts do not necessarily have to be negative. I have seen amphibian eggs laid in old truck ruts in the woods which inspired the catchy phrase “When life gives you ruts, lay some eggs in it.” (What, you haven’t heard of that one?) Anyway, this is what I was thinking about when figuring out a work strategy on the Platform Trail Loop in the Basin Preserve on Vinalhaven. I was hiking and thinking and strategizing and lopping—stewardship multitasking at its finest.

For those not familiar with pellets in the bird world, they are regurgitated capsules of indigestible remains of ingested prey. Many birds cough up pellets, but owl pellets are notorious in that they often consist of fur and hold many bones, forming pellets that may last a long time (a year or more) if the conditions are right. So many lessons are captured in pellets, and the treasures continue to be found way past the moment of discovery. So here they were, five perfect pellets, including one clearly showing a rodent skull, all packaged and ready to go. Two years in a row makes more of a pattern than a rut, but if a “pellet rut” were to develop I’d gladly get in that groove! 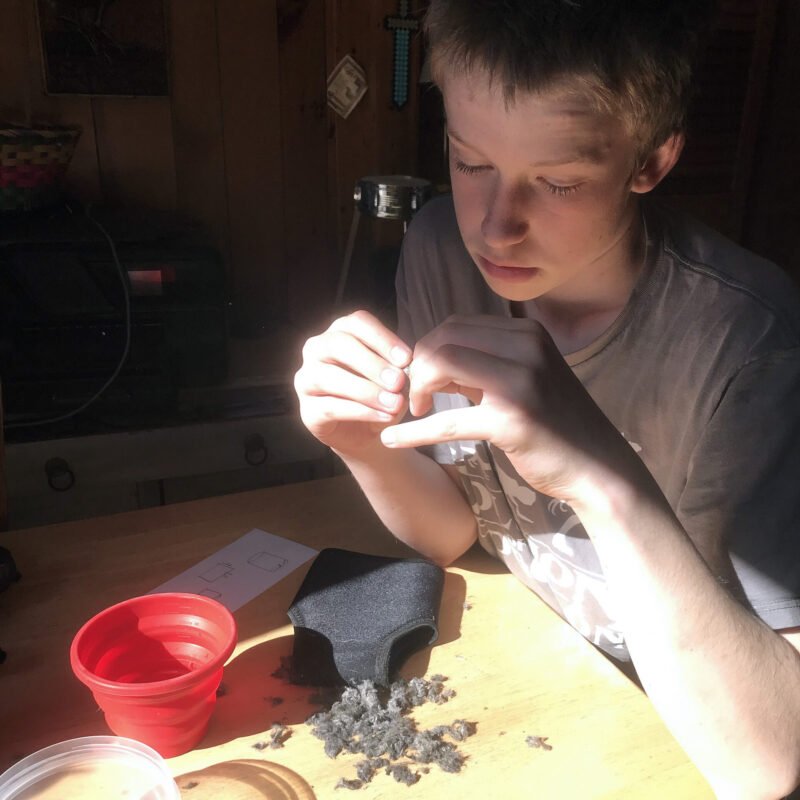 Later on while hiking along Seal Bay I got a rock in my shoe (happens to the best of us). When I stopped to remove it, I noticed some white wash (bird poop) under some nearby spruces, and upon closer inspection found three more saw-whet owl pellets! I started the day with no pellets, and suddenly my satchel overfloweth—a pocketful of pellets. Amazing how that can happen.

Finding pellets is one of those things in the nature rut (the royal ‘nature rut’) that follows no pattern. I estimate that I find around 50 owl pellets a year (I am always looking for them), but I am just as likely to find them in spring as in any other season. Pellets and pellet finding break away from the loose, simplified nature schedule I mentioned earlier. They are a rutless part of the rut.

The next day I found myself with Jane Arbuckle (MCHT Director of Stewardship) walking the trails of Woodward Point Preserve in Brunswick. What a place to explore! Needless to say I found two more owl pellets there, one small saw whet pellet and then a large great horned owl pellet! I left the saw-whet one behind—eight is enough don’tcha think?—but took the GHO one. It was the same size as the eight saw-whet pellets combined! Quality regurgitate.

I brought the pellets home, and with the help of my son Leif started pulling the pellets apart. Leif tackled the saw-whet ones, and my task was the GHO pellet. Let the treasure finding begin! Leif found three skulls, including a very cool shrew skull, in his eight pellets. And I found parts of three skulls in the one pellet I took apart—two mice and one vole! So many leg and feet bones as well. The treasure never seems to end when pulling pellets! The ten owl pellets ended whatever rut questions I was having about frog eggs.

If ruts are grooves you follow, then I have been in a nature rut for years. My dad could have fished for bass 24 hours a day, all catch and release, and been totally blissed. That rut was pure happiness for him. As a nature type, I do find myself giddily anticipating amphibian migration, songbirds, and goldenrod spiders—those natural events and species that follow a rough schedule, one you can count on to bring a smile at certain times of the year.

But I also have giddipation for the unexpected—the bird I haven’t seen in forever, the sight of an otter on ice, or the finding of an owl pellet or two (or ten). Mine is a rut full of patterns and seasons, sprinkled with the right amount of randomness to remove any rut-like appearance. It’s good to question if you are in a rut, and even better when the answer is not really. Or better yet, yes you are in a rut, but it is a rut that’s good for you. Ruts are hard to get out of if you don’t try, and I happily bask in the glow of my rut. Get in the groove.