Pell Island makes MCHT's 11th preserve in the archipelago between Stonington and Isle au Haut.
Stories from the Coast >

Keeping the coast open, healthy, and working—that’s what you make possible when you give to Maine Coast Heritage Trust.

In 2018, a record number of people gave to MCHT and we accomplished so much together. What follows are some of the highlights. Be sure to click through to learn more about these projects, and the special people and partners involved.

Maine Coast Heritage Trust made progress in the effort to protect the best of Maine’s undeveloped coastal lands and islands and create more public access to the coast.

Through a generous land donation, MCHT conserved Pell Island, our 11th public island preserve in the world-famous archipelago between Stonington and Isle au Haut. On the bridged island of Beals, another generous landowner donated 168 acres at Seaduck Point, with a beloved cobble beach and trails winding through mossy forest. 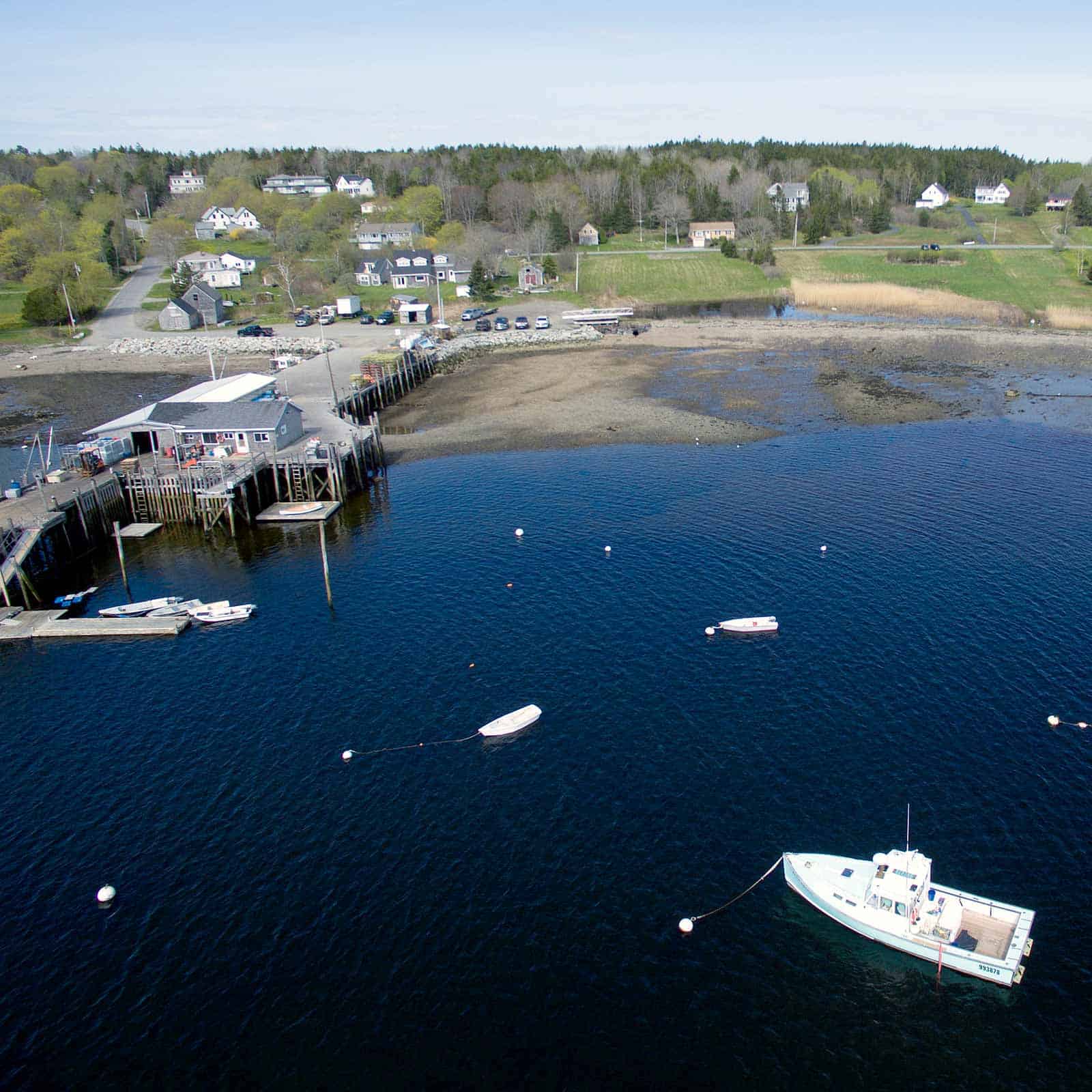 View from Owls Head Harbor, looking back towards the land that will become the waterfront park.

MCHT acquired one of the largest undeveloped islands in Pen Bay—Monroe Island—and opened it up for public access as a preserve.

Monroe Island is just a stone’s throw from Owls Head Harbor, where MCHT worked with the town to create Owls Head Harbor Park, a shorefront park with a parking lot and hand-carry boat launch, which will allow for improved boat access for both recreational and commercial use.

Inland, along the Penobscot River, MCHT assisted Native-led nonprofit Nibezun to purchase tribal sacred land by granting a loan in tandem with the Conservation Fund, providing advice on fundraising, and making partnership contributions.

75% of Maine’s native plants and animals are vulnerable to the negative impacts of climate change.

MCHT is doing something about this troubling fact, working to make the coast more resilient to a changing climate through salt marsh protection, conserving critical wildlife habitat, and reconnecting Maine rivers to the sea—reviving key species in Maine’s food chain, like alewives.

There are few places on the East Coast where inland forest stretches to the coast in a contiguous, unbroken line. Threatened by development and climate change, wildlife depends on these vast, undeveloped landscapes—and in 2018, MCHT made progress in protecting two of them.

The view from Forbes Pond looking back towards Schoodic Mountain in the distance.

Between the Moosehorn National Wildlife Refuge and the state’s Cutler Coast Unit, at Orange Lake, MCHT protected 600 acres of critical wildlife habitat. This parcel is within the Orange River watershed, a focus of MCHT’s Rivers Initiative.

MCHT’s Rivers Initiative is a state-wide effort to reconnect Maine’s coastal rivers to the sea.

Right now, MCHT is focusing on the health of three rivers: the Orange River, the Narraguagus, and the Bagaduce. Significant restoration efforts have already greatly improved the health of the Bagaduce, where, in 2018, the alewife population doubled after the installation of nature-like fishways.

In 2018, MCHT’s Rivers Initiative received a $3 million grant from the Ram Island Conservation Fund of the Maine Community Foundation, as well as $1.85 million in grants from the North American Wetland Conservation Act towards projects on the Orange and Narraguagus rivers.

MCHT’s Marshes for Tomorrow Initiative is a state-wide effort to identify and protect some of our most important habitat—salt marshes. In 2018, MCHT conserved 410 acres of high priority marshland, including 132 acres on the Weskeag Marsh in Thomaston, now the site of MCHT’s largest mainland preserve in the midcoast. 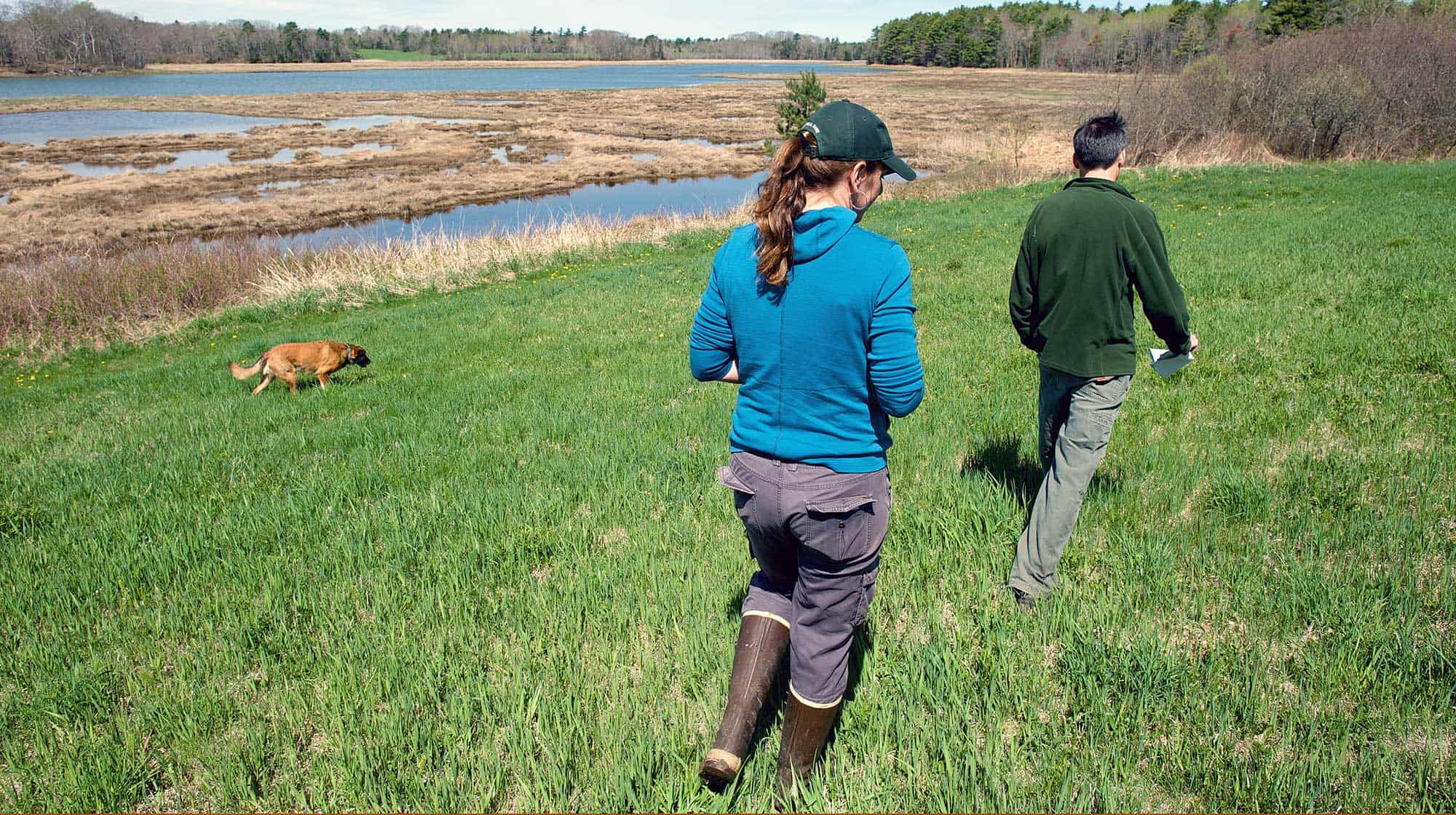 MCHT creates its largest mainland preserve in the Midcoast in Thomaston.

We also know that access to land and the outdoors is key to the health of Maine people and communities, and that Maine’s outdoor recreation economy generates 76,000 direct jobs and $8.2 billion in consumer spending.

MCHT is supporting Coastal Mountains Land Trust in an extraordinary conservation project, Round the Mountain.

MCHT provided financial support and technical and fundraising assistance to the Round the Mountain project. Led by Coastal Mountains Land Trust, this extraordinary project aims to protect over 1,400 acres, create 20 miles of trail, and permanently protect a watershed supplying drinking water to over 25,000 people—making the midcoast an even more desirable place to live and visit.

MCHT conserved 11 acres at Bailey’s Mistake in Lubec, protecting access for the fishermen now using the property, and creating a small but lovely waterfront preserve for locals and visitors to enjoy.

On Mount Desert Island, a creative collaboration between MCHT and Island Housing Trust led to the protection of important salt marsh at Jones Marsh and the creation of much-needed affordable workforce housing.

These are just some of the many land protection projects made possible in 2018 through donor support—and a lot of good work is already underway in 2019!

If you want to be among the first to learn about coastal conservation news, sign up to receive email updates.