(November 30, 2021 – Topsham, Maine) – Maine Coast Heritage Trust (MCHT), a statewide land trust organization, announced today that after 40 years of service to Maine’s environment and people, Tim Glidden will be stepping back from his position as MCHT president at the end of the year. The organization has been conducting a nationwide search for the next MCHT president and is expected to name Glidden’s successor in the coming weeks.

A graduate of Colby College and Yale University, Glidden became active on Maine’s environmental scene in 1983, working at the Natural Resources Council of Maine and serving as principal analyst for natural resources at the Maine Legislature. In 2001, he became director of the Land for Maine’s Future (LMF) program where he oversaw the conservation of more than 425,000 acres, including 47 water access sites, 25 productive farmlands, and 15 working waterfronts.

In 2011, Glidden became president of MCHT and has led the organization through the completion of over 300 conservation projects to protect over 10,000 acres of land—ranging from signature Casco Bay islands and headlands, to picturesque Midcoast peninsulas and archipelagos, across the rocky shores of Mount Desert Island and over Downeast lakes, bays, and estuaries. He also oversaw the largest coastal conservation campaign in the state’s history, raising more than $130 million to create more public access to the coast, make the coast more resilient to climate change, and connect people to the land. 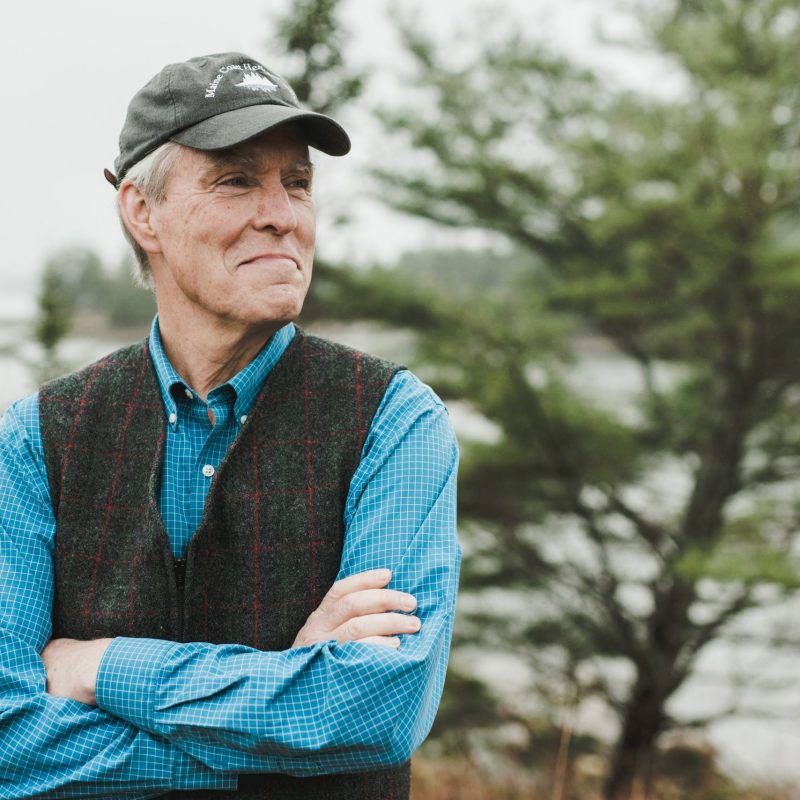 Glidden’s impact extends far beyond land protection and fundraising success. As coordinator of the Maine Last Trust Network, MCHT serves as a leader of Maine’s broader conservation community and an ongoing resource for Maine’s 80 land trusts. Alongside other land trusts, Glidden ushered MCHT into a new era of “Community Conservation,” expanding the organization’s role as a builder of diverse coalitions of people working together to creatively conserve land and address community needs.

Over his 40-year career in Maine, Tim worked on a wide variety of projects with myriad benefits to Maine communities. During his time at LMF, Glidden worked closely with The Nature Conservancy on the Machias River project to protect more than 50 miles of free-flowing salmon river. While at MCHT, Tim was part of the effort to conserve The Goslings islands in Casco Bay and oversaw the protection of Long Point Preserve in Machiasport, a place with deep indigenous history and significance to the Passamaquoddy.

Under Glidden’s leadership, MCHT has become the statewide leader in creating public access to the coast, playing a role in 60 percent of the new coastal access sites added in the past eight years. In the face of climate change, Glidden led the organization as it transitioned into the work of building resilience along the coast, including statewide initiatives to protect Maine’s saltmarshes and islands, and the restoration of coastal rivers.

Statements of Support for Tim Glidden

Several state leaders have offered statements of support for Glidden as he prepares to retire, among them:

MCHT Board Chair Tom Armstrong
“Tim Glidden has left an indelible mark on the conservation and protection of Maine’s natural resources and beloved coastline. He has not only brought a passion and deep commitment for MCHT’s mission, but he also challenged others within and outside the organization to work together, take chances, and collectively share in the many successful conservation initiatives accomplished over the past ten years.”

Brunswick-Topsham Land Trust Executive Director Angela Twitchell
“Tim shepherded MCHT through some tumultuous times for land conservation and I think the organization and Maine’s land trust community as a whole came out stronger in the end. This is due in no small part to his consistent leadership and thoughtful action.”

Sportsman’s Alliance of Maine Executive Director David Trahan
“It has been a pleasure working with Tim Glidden over the past couple decades as he led the Land for Maine’s Future program and Maine Coast Heritage Trust. We have partnered on efforts to increase public access to the outdoors, taken steps to restore our state’s deer population, and expanded the protection of critical wildlife habitat for game and non-game species alike. Most importantly, thanks to Tim’s leadership, Maine people now enjoy a longer list of conservation areas that welcome hunters, hikers, snowmobilers, and other outdoor enthusiasts in every corner of the state.”