This trifecta of small islands features idyllic sand beaches and inviting campsites in the heart of Casco Bay.

The Goslings are great for:

The Goslings are easily accessible at all tides. The best places to land are the northwestern shores of either of the larger islands; landing on Irony is not advised. The closest boat ramp is the Mere Point Public Launch in Brunswick, just over three miles to the north-northeast. The best place to anchor is on the north side of the sandbar. All moorings are private.

Overnight parking is not allowed without permission of the Brunswick Marine Resource Officer. 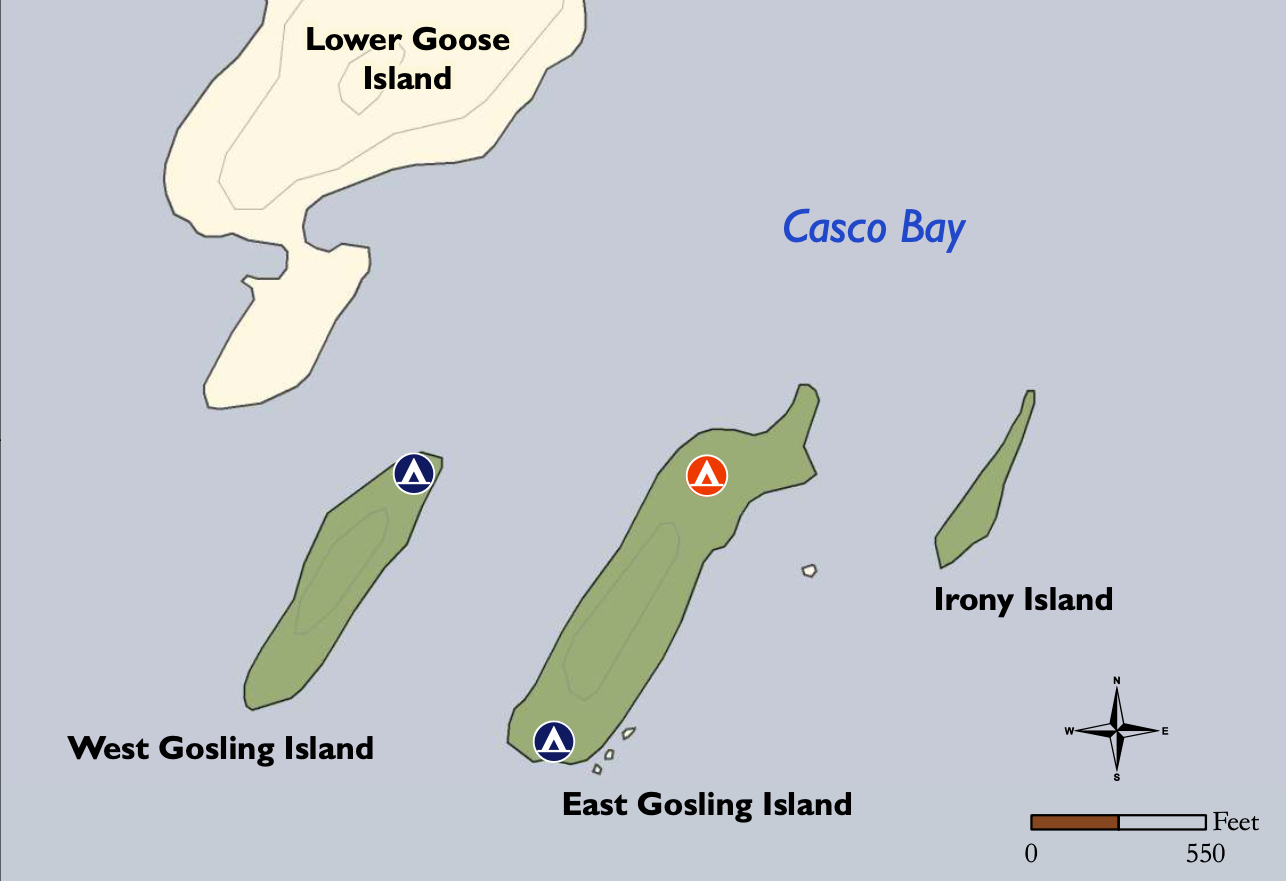 A Coastal Moment from the Goslings Preserve, Harpswell, Maine

The Goslings have three established campsites:

South end of East Gosling. At the small campsite at the southern tip of East Gosling there is room for one or two small tents. (Please avoid camping here during osprey nesting season, April 1 through July 1.)

These beautiful islands lie just to the southeast of Lower Goose Island in Harpswell and include West Gosling (4.1 acres), East Gosling (8.6 acres) and Irony Island (1 acre). The two larger islands support a mix of conifers and hardwoods and are linked by a sandbar at low tide. Irony is little more than a narrow strip of ledge crowned with wind-beaten spruce and fir. For much of the summer, a resident osprey pair nests on the southern half of West Gosling. Please do not enter this area between April 1st and July 31st.

Beloved by boaters in Casco Bay, for years the islands’ previous owners generously allowed public use. In 2014, they offered to sell the islands to MCHT at a reduced rate, hoping to see them permanently conserved. “The outpouring of support from the public was amazing,” says MCHT President Tim Glidden about the fundraising effort to conserve the Goslings. “At Paul’s Marina in Brunswick, the owner came to us with a shoe box full of checks, bills, quarters, pennies that totaled $20,000.” Thanks to gifts from hundreds, including several generous large donations and a grant from the Land for Maine’s Future program, MCHT purchased the Goslings and turned them into a public preserve.