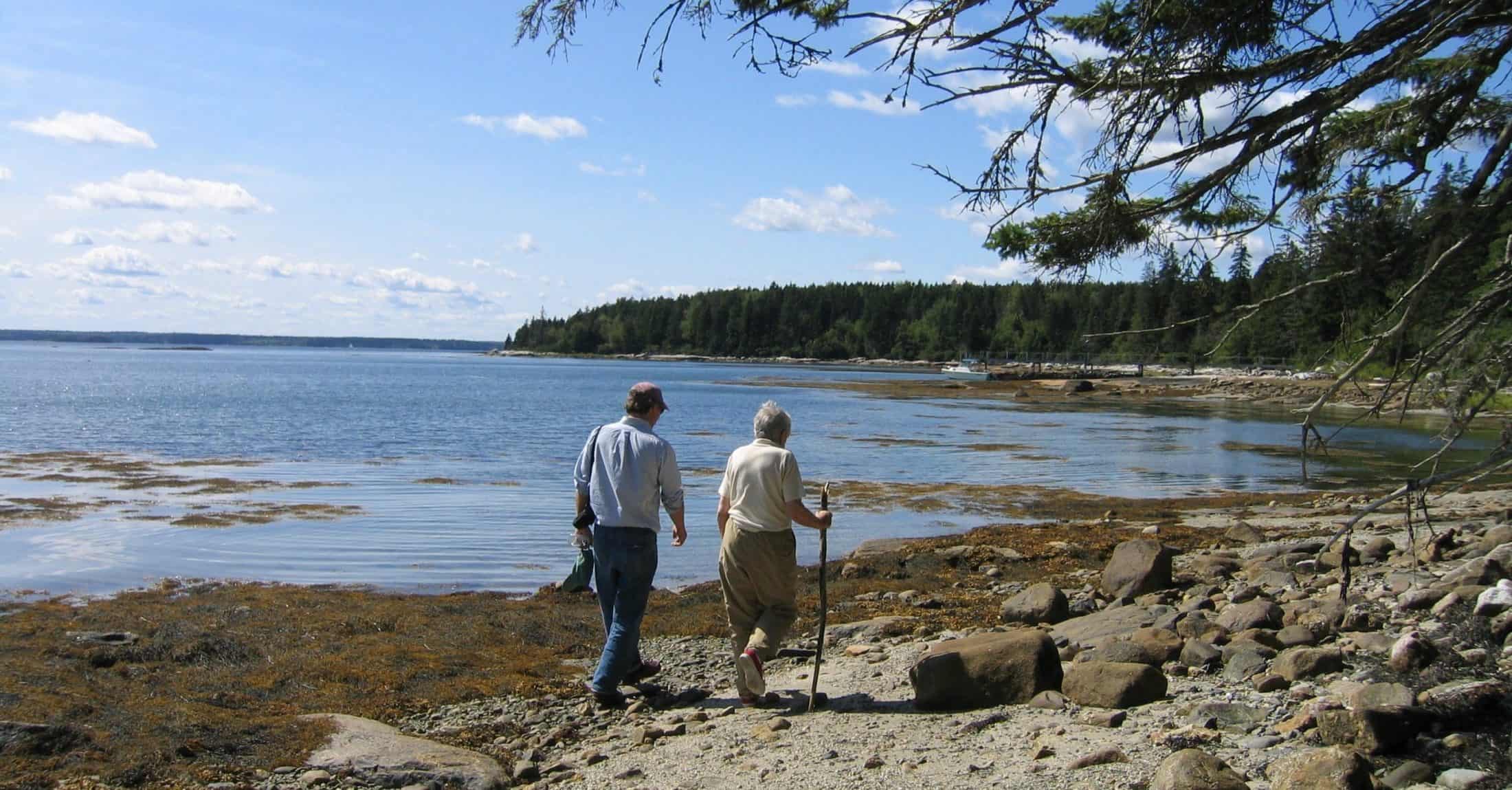 Neds Point is great for:

Hiking – Venture along the preserve’s two trails to explore the island’s interior, discovering signs of its natural and human history.

Neds Point Preserve is located on the southern tip of Friendship Long Island. Find the nearest public boat launches in Friendship Harbor and Hatchett Cove (hand-carry only), with another excellent option roughly 6 miles away in Round Pond. At low tide, the best access is at the beaches in the north- and south-facing coves on the western side.  Large boats will find good anchorage in either cove, depending on wind direction, and small boats can land on the beach.

Much of the preserve is surrounded by deep water. However, the portion on Minister Gut nearly flats out at low tide. There is a pier available on the southeastern shore, on Minister Gut, that is inaccessible around all but mid- to high-tide.

Visitors will find short trails that wind through the preserve’s interior, including past the remains of the former Thomas family homestead. Look for signs of deer, snowshoe hare, fox, raccoons, and other small mammals in the forest. Bald eagles and great blue herons are often spotted from the shoreline, visiting from nearby nesting islands. Please note that trails leave the preserve and cross onto privately owned property. If you follow the trails beyond the MCHT preserve, please respect private property owners.

Named after the peninsula on the island’s southwest corner, the preserve features two coves on either side of the point. At the head of each cove is a fine gravel beach. Most of the preserve’s remaining shoreline consists of granite ledges, except for the portion facing Minister Gut where the shore is made up of a mix of fringing marsh and ledge.