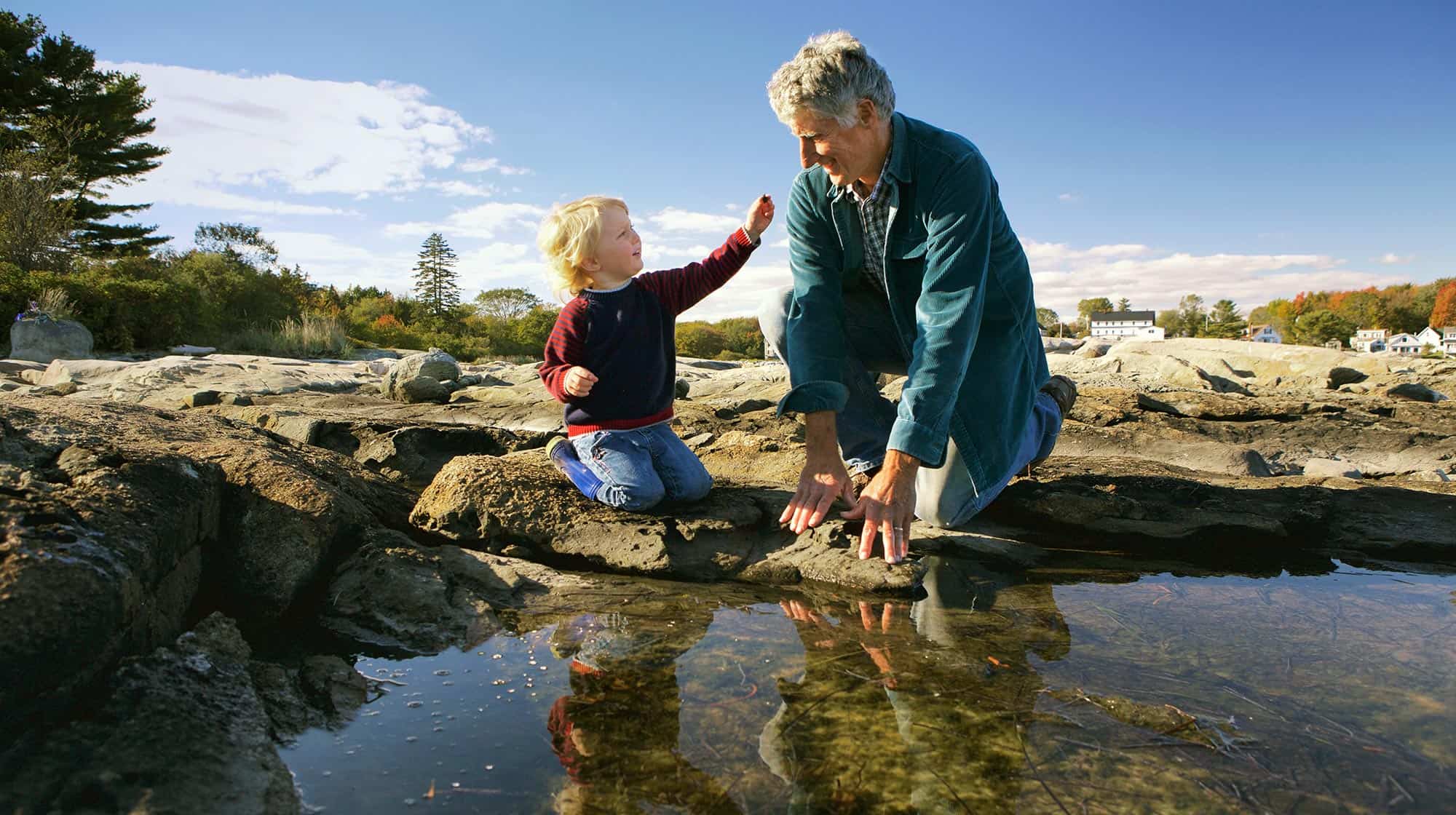 In July of 2020, MCHT acquired 120 acres of Clark Island in St. George, creating a new public preserve on a uniquely accessible midcoast island.

Now, we have high hopes to steward the land to make it the best preserve it can be.

Connected to the mainland by a causeway, Clark is one of Maine’s most accessible islands, and has long been used and loved by locals thanks to the previous owners’ generous practice of permitting public use.

When it came time for the owners to sell the island, Maine Coast Heritage Trust was presented with an opportunity to conserve and open to the public 120 acres on the south end of Clark Island. This was an opportunity we couldn’t pass up. “It was absolutely worth it to conserve and open to everyone this uniquely accessible island,” says Betsy Ham, Director of Land Protection.

And so, in 2017, MCHT embarked on one of its most ambitious conservation projects to date, ultimately raising over $4.5 million to acquire and turn Clark Island into a preserve.

This success is thanks to the extraordinary generosity of many individuals, including the Nickerson heirs who stewarded the land for decades, and federal and state grants.

Since acquiring the land, MCHT staff and volunteers have been busy readying the preserve for public access. Stewardship work completed to date includes:

For more information about Clark Island’s history and unique features, check out the video below or visit the preserve page.

Fundraising efforts continue to support stewardship of the preserve

Land steward Amanda Devine has been busy of late, but there’s still a great deal of stewardship work left to do, including one-off projects like additional trail building on the west side of the island and the kind of ongoing and constant care and attention a heavily used preserve requires over time.

MCHT now has $70,000 left to raise toward stewardship of Clark Island, to be put toward trails, water quality testing, increased staff time on the preserve, signage, and major habitat restoration.

Give to the Clark Island Project

Want to support the ongoing stewardship of Clark Island Preserve? Every donation counts and will be put to work to make Clark Island an even better destination, for people and wildlife alike.

Thank you for making a gift today!