Calder Gladstone returned to his home state of Maine in the beginning of the pandemic to be closer to his family and the land that he loves. A childhood roamer, he spent perhaps too many hours lost in the woods and streams, investigating every mushroom, dead animal, and flower he came across. Calder’s love for nature only grew when he started working on farms in his teens. By his early twenties he had started an agricultural program at the Pratt Nature Center in Connecticut with the hopes of sharing his passion for the natural world with children.

Calder moved to the Blue Ridge Mountains of North Carolina in 2012 to earn his B.S. in Environmental Education from Warren Wilson College. There he spent his time running the college pig farm and teaching whenever he could get the chance. He stayed in the area for several years after graduation running a small organic veggie and goat farm but missed teaching immensely.

Calder has been with MCHT since 2022

On conservation: “There are only so many ways, and few of them good, to tell someone that nature is vital…. So let’s just let these kids roam free, get muddy, skin a knee, catch a frog or two, and then no one will have to tell them.” – An old friend and mentor of Calder’s

On the job: As the Program Coordinator for the Aldermere and Erikson Fields preserves of MCHT, Calder works with youth from the age of 2 to 18, trying to share his passion for nature, agriculture and community. 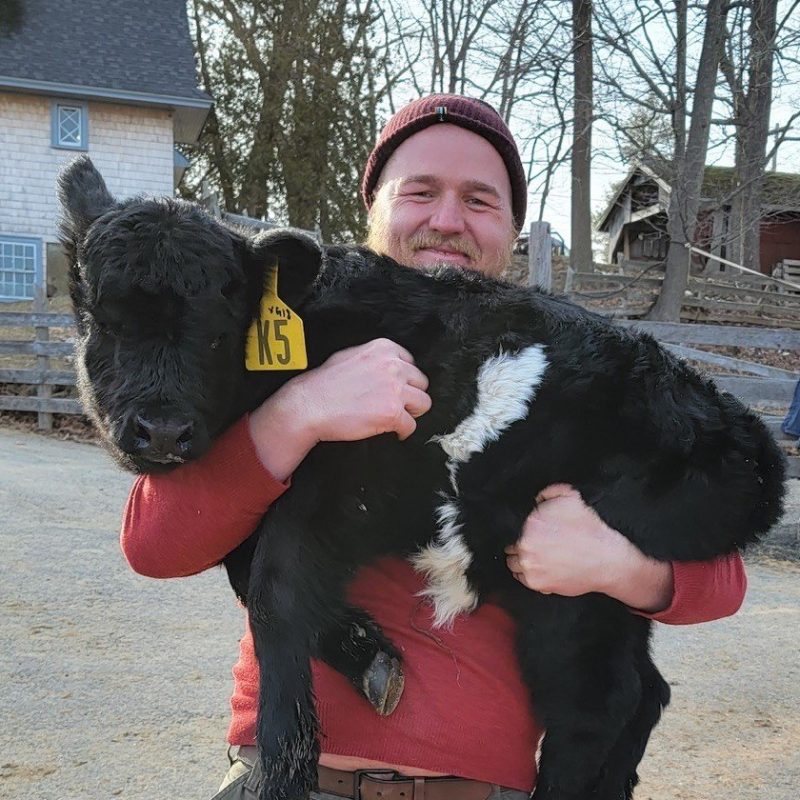