One summer evening in the late 1960s, Maine Coast Heritage Trust co-founder Peggy Rockefeller walked into her friend’s camp and said, “We’ve got to do something.” 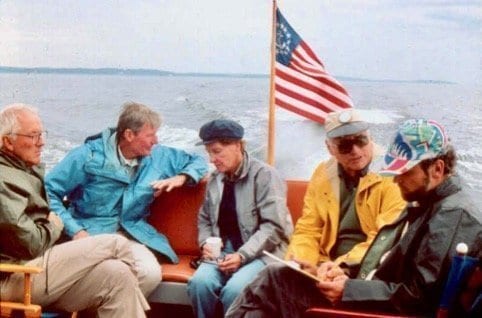 As an avid sailor Peggy had a front-row seat to the rapid and unplanned coastal development transforming Maine’s shoreline—threatening land and water resources Maine people, plants, and animals depended upon.

Peggy loved the Maine coast too much to stand by and let that happen. In 1970, she and her friend Tom Cabot co-founded the non-profit conservation organization Maine Coast Heritage Trust to forever protect extraordinary places on the Maine coast.

A National Leader in Land Conservation

In its first year, MCHT facilitated the conservation of 30 islands—and the organization’s success grew from there. By the early 1980s, thanks to a growing community of generous donors, landowners, and volunteers, MCHT had become one of the most significant land trusts in the nation.

MCHT set out to help other trusts succeed. In 1982, MCHT co-founded the Land Trust Alliance to strengthen land trusts in all fifty states. MCHT also helped launch the state’s Land for Maine’s Future program in 1987.

Throughout its history, the Trust has helped dozens of land trusts get off the ground, and assisted hundreds of land protection initiatives led by other Maine land trusts.

In 1985, MCHT created its first preserve—Witherle Woods in Castine—which the Trust owns in perpetuity and manages for public use. Around that same time, as development threatened the Bold Coast of Washington County, MCHT donors stepped up to protect epic landscapes now home to some of MCHT’s best-loved preserves.

A view from Boot Head Preserve

By 2000, MCHT held 99 easements (conservation agreements with landowners) and owned and cared for 36 preserves. Owning and caring for more land—and managing it for public use—prompted the expansion of the land stewardship department.

Today, an outstanding crew of full-time staff and seasonal crew members work in every coastal county in Maine to build and maintain trails and campsites, bring people out on the land, and keep shores clean.

MCHT now holds more than 300 easements and owns and cares for more than 120 preserves that are free and open to the public—and those numbers grow every year.

MCHT is working with people and other non-profits to address food insecurity by growing food on conserved lands. As sea level rises, the Trust is working to keep Maine’s marshes—and the fisheries that depend upon them—viable. 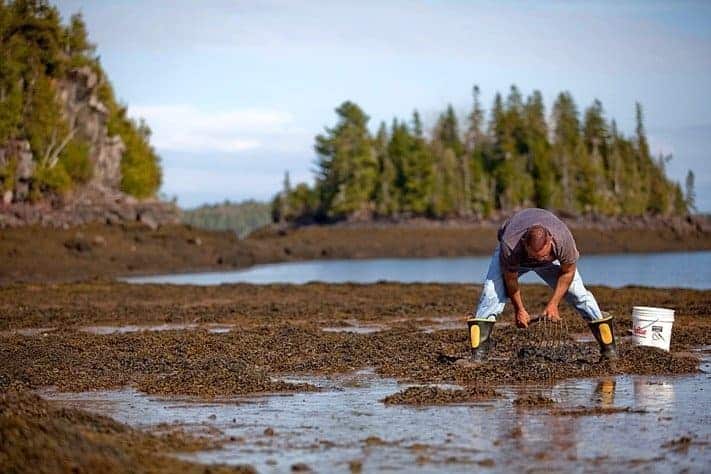 MHCT seeks to protect places that matter to people, from local sledding hills to preserves with miles of trails to shore access for clammers. And more and more, the organization works to connect people to conserved lands and the beauty and respite to be found there.

Connecting You to the Maine Coast

If not for Peggy and Tom’s foresight—and the generous support of thousands of donors, land owners, and volunteers—the Maine coast would be very different today. More beloved places and experiences would have been lost to people who live, work, and play here.

Despite MCHT’s strong track record, unplanned development continues to unravel the tapestry of the coast. Those making a living in the Gulf of Maine or who are just looking for a place to launch a boat to get out and have some fun can now rely on only 1% of the Maine coast for guaranteed access. And fully 75% of the native plant and animal species in Maine are vulnerable to the effects of a changing climate.

In the face of these and other challenges, the growing MCHT community continues its work to protect critical coastal land, create more access to the coast, and connect the next generation to the natural world.

Want to join MCHT in its mission to protect and care for the Maine coast?

GET INVOLVED WITH MCHT