Keeping the Coast Open to All

“Back when I started clamming 45 years ago, there were 15 or so places where clammers could access flats in Brunswick. Now, there are just a few.” — David Toothaker 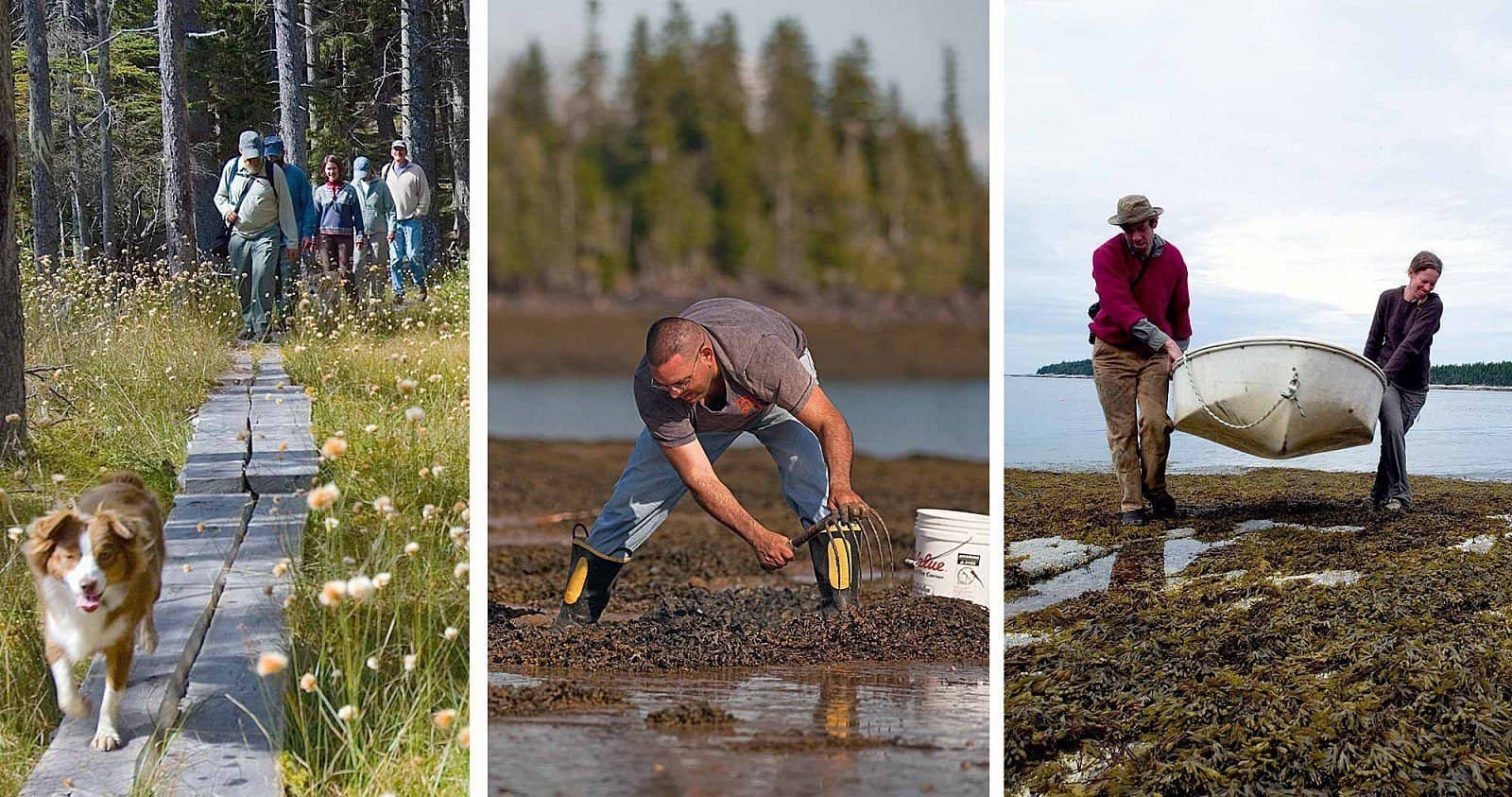 Up and down the coast it’s becoming increasingly clear that we need to create more permanent public access to the coast.

Longstanding handshake deals between waterfront homeowners and their neighbors will not stand the test of time. As shorefront property becomes increasingly expensive, it’s imperative that we seize opportunities now to protect land and create permanent public access to the coast.

In 2006, The Island Institute, with support from numerous other organizations, led a study to catalogue the amount of working waterfront access along the coast of Maine.

The study, “The Last 20 Miles,” found that 15 years ago, less than 1% of the coast offered public water access points for both commercial and recreational use. Put another way, along Maine’s approximately 5,300-mile coastline, only 20 miles* were designated working waterfront.

Over the past decade, MCHT and other land trusts have actively reached out to fishermen, local fishing committee members, councilors, and municipalities to help identify and protect key access sites—particularly for clammers and marine worm diggers.

Clammers in The Bullpen in Brunswick

Fishermen aren’t the only ones feeling the crunch. Most who live, work, and play on the Maine coast have encountered a “no trespassing” sign where they’ve previously skipped rocks, walked along the water, or put in a kayak.

In addition to creating permanent access to the coast for commercial use, MCHT is working to create more coastal access for all by protecting shorefront property, opening it to the public, and seeking opportunities to create boat launches and other water access points for the general public.

Thanks to MCHT’s successful Campaign, which concluded in 2019 and raised $130 million to conserve the Maine coast, and thanks to the many land trusts working to increase access to land on the coast, that number has grown in recent years.

The Maine Coastal Public Access Guide, published in 2013, is a comprehensive guide to publicly accessible shore sites along the coast of Maine. Coastal access sites in the guide include everything from small, town-owned rights of way to Acadia National Park.

Since the guide was published, Maine land trusts have been busy securing permanent access to additional sites along the coast. New MCHT preserve account for roughly 30% of the newly secured coastal access sites, and another 30% were partner projects, where MCHT played some role in supporting a town or local land trust’s effort to conserve a special place. That means MCHT had a hand in over half of the newly protected coastal access sites added in Maine over the past seven years.

While much progress has been made, we still have a long way to go to secure critical public access to the coast. With MCHT and other land trusts currently leading the charge, ongoing donor support is critical.

In 2019, MCHT protected more than 80 acres on Woodward Point in Brunswick, a peninsula flanked by mudflats at low tide. Its conservation guarantees access for fishermen and protects the water quality of the New Meadows River. In 2018 and 2019, local clammers and oyster farmers voiced their support for the project.

In 2017, MCHT helped the town of Lubec take its first steps towards creating a safe harbor for fishermen and recreational boaters by helping the town protect shorefront property that will be the site of a new working harbor. MCHT also assisted the town in securing Land for Maine’s Future funding for the project.

These are just a couple of examples of recent MCHT projects to create more public access to the coast for all. More like them are in the works up and down the coast.

In Owls Head, MCHT and the town worked together to create a shorefront park with a parking lot and public hand-carry boat launch, which allows for improved boat access for locals and visitors and opens the door for federal dredging funds. This future park will be a stone’s throw from Monroe Island Preserve, a 220-acre island conserved for public access in 2018.

MCHT also recently conserved Bailey’s Point in Lubec, which offers water access for fishermen and the general public alike; and added its 11th public preserve to an archipelago between Stonington and Isle au Haut with the acquisition of Pell Island. This is just a small sample of the dozens of projects recently completed, and there are more underway.

MCHT worked with the town of Owls Head to create a waterfront park with a hand-carry boat launch.

*Statewide access length was determined by calculating an average coastline length per access point. After measuring the length of coastline of a representative sample of points along the coast, researchers used an average of 100 ft. / access point to extrapolate coastline measurements statewide